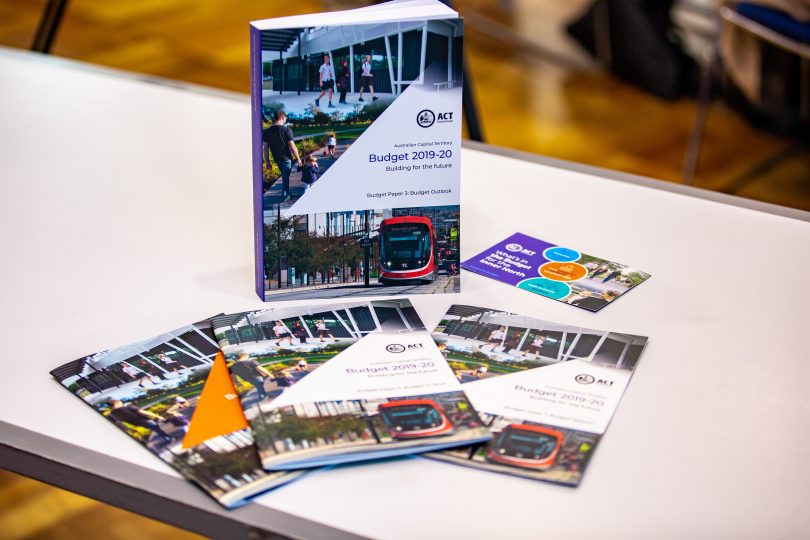 The 2019-2020 ACT Budget that was announced on Tuesday held a few surprises. With the pressures of a growing city and the limited options for revenue raising, there is always the need for a fine balancing act with the need to raise the money for essential services and the importance of ensuring that the ACT is an affordable place to live. With the recognition of the significant cost-of-living challenges for people on low incomes, this is a balance that is vital to get right.

An initial look at this budget suggests there is some relief for those doing it tough, but there are still lots of areas where more investment could be made.

Previously announced investments in health, mental health, and justice reinvestment will make a real difference for all Canberrans, particularly those on low incomes. The pressure on our health system is well known, and the challenges faced by people requiring support for their mental health and wellbeing have been the subject of much discussion. It’s positive to see that the ACT Government has not opted to spend more money on building a bigger jail and rather invest in justice re-investment, which is a proven way to reduce recidivism and improve community outcomes. Also given the concerns about the rollout of the National Disability Insurance Scheme and evidence that gaps are emerging, it is very welcome to see that the ACT Government has recognised the need to provide additional investment to support people in our community who have disabilities.

Each year, those of us who are distressed by the high level of homelessness, lack of affordable housing and long waiting lists for public housing look to the Territory budget to respond to this issue. This year’s budget contains some additional detail regarding the initial tranche of the $100 million announced as part of the ACT Housing Strategy. This will include work to deliver Common Ground in Dickson (that will provide housing for 40 people who are homeless), 140 social and community housing properties and 488 affordable housing blocks released to the market. In addition, there will be the renewal of ageing public housing stock. This will go some way to providing support for more than 2000 people on the current waiting list for public housing, including the more than 1200 people that are on the priority or high-needs list. As this is rolled out in the next year, there will be the need to ensure that the Common Ground program is supported in a sustainable and inclusive manner. The delivery of affordable housing sites should also result in additional affordable rental properties for low-income people. As current old public housing stock is renewed, there needs to be a focus on supporting low-income households to reduce their living costs, particularly utility costs. This can be achieved through initiatives such as providing energy efficient appliances to households in order to reduce infrastructure and supply fees.

Concessions and relief through rebates to low-income households is an essential part of any Government’s role. It is pleasing to see that this budget includes an investment for low-income households to receive an increased rebate on their electricity costs – from around $600 per year to $700 per year. Conversely, with the projected increase in revenue coming from fees and fines, it is disappointing to see that the ACT Government has not taken up the idea suggested to link these fees and fines to people’s capacity to pay (i.e. linking these to income levels).

Much of the commentary is on rates increases, as we continue the transition from stamp duty to annual rates. But as we move into this phase, the disproportionate impact it’s causing on our lowest income households is becoming clear. While the shift from stamp duty to annual rates has been supported by community advocacy bodies, we do need to ensure that this move does not create poverty traps for low-income homeowners including pensioners who survive on very modest incomes. We will need to consider initiatives such as introducing a cap on the proportion of pensioners and other low fixed-income households, in a similar way that social housing rents are capped at 25 per cent for people on low incomes.

So, while this year’s budget has been dubbed the ‘infrastructure budget’ and one which sees the continuation of recent priorities, we need to be ever mindful of the social impact of investments made in the ACT budget. The announcement of the development of social indicators to measure the budget from next year may be one way we will be able to do this.

I think while there are some positive social investments contained in this budget, there is still work to be done. What do you think?

chewy14 - 27 minutes ago
Acton, The IPO was $1.5 a share, so the vast majority of shareholders have still made money as not that many shares have turn... View
Public Sector 55

kenbehrens - 16 hours ago
That makes no sense. Your comparisons are 20-25 years apart. The "new" bus route takes longer because it services a bigger ar... View
bj_ACT - 17 hours ago
Not sure about the adding 10 minutes to the 333 journey by changing to go past College St and UC. The change Only added 1.2km... View
michael quirk - 21 hours ago
Yes,but it is by no means certain that light rail stimulates urban redevelopment more than BRT. Much depends on design of the... View
News 1