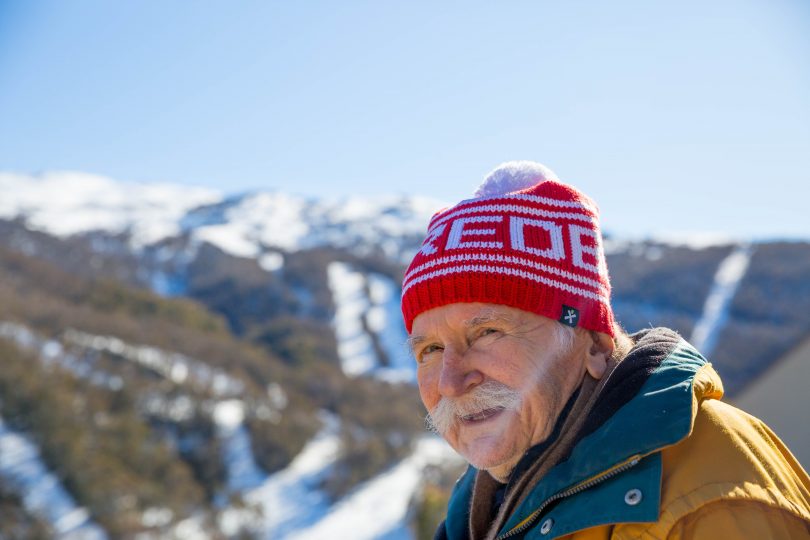 Australia’s oldest living Olympian and Thredbo’s very own ski legend Frank Prihoda will celebrate his 100th birthday today (8 July). Born in Prague, Czechoslovakia (now Czech Republic), in 1921, Frank discovered his lifelong passion for skiing as a teenager and skis remained by his side throughout his life, from his escape during a communist revolution, to representing his new home country, Australia, at the 1956 Winter Olympic Games.

Frank spent 46 years skiing Thredbo’s long slopes, and despite hanging up his skis at the age of 89, he still loves the mountains, the views, the freedom and the feeling of being a tiny speck in the vastness of nature.

In 1936, only 12 years after the inception of the Winter Olympic Games, Frank began ski racing with the Czechoslovakian Ski Federation squad.

“All week it was sunny and, of course, the day of the race a blizzard came and I wore glasses. I couldn’t see a thing, they got frozen. I had a mighty tumble and that was my first race.”

Following the war, political changes began to occur in his country and Frank, alongside his brother-in-law, Karel Nekvapil, decided to make their cross-country escape on skis.

Arriving in Austria, his pathway to being recognised as a refugee was not an easy one, however he and Karel were eventually able to join his sister, Sasha Nekvapil, and friend, Tony Sponar, in St Anton. There they ran a ski tow powered by Frank’s jeep, before making the move to a new life in Australia.

In 1950, Frank and his family boarded a ship to Australia, skis in tow, arriving in Melbourne.

Frank began working in the manufacture of artificial flowers before moving over to the furniture and textile trades.

Never too far from his love of skiing, he took to the slopes during his second winter, making his way to Mount Buller and enjoying the social life of the Melbourne University Ski Club.

Frank quickly stood out on the slopes and within a few years he qualified for the 1956 Winter Olympics in Cortina d’Ampezzo, Italy.

Following his citizenship grant only a few months prior, Frank represented Australia in slalom and giant slalom events.

“I remember standing on the Olympic run and the full experience was overwhelming because none of us [in the Australian team] were used to the atmosphere of big races,” he says.

In 1958, Frank became chairman of the race committee of the Victorian Ski Association, before moving to Thredbo to join his family in 1974.

Frank’s sister and brother-in-law had opened the second lodge ever built in Thredbo, Sasha’s Lodge, which still stoically stands today under the name Black Bear Inn.

“To me, Thredbo is very special in as much as I knew about it before it was born,” says Frank.

“I was good friends with Tony Sponar and I knew he had this dream or desire to found a ski resort.”

A few years later, Frank was invited to open a gift shop in the small alpine village where he sold gifts to people visiting the Snowy Mountains region for the next 27 years.

In 2000, Frank took pride of place carrying the Olympic Torch in Thredbo, lighting the cauldron on the Village Green.

Although now no longer enjoying the slopes himself, Frank still has the passion of a man ready to strap on his boots.

He can be found with a listening ear, ready to hear about others’ days on the mountain.

“I say, ‘Tell me about your experience,'” says Frank. “Bad weather, good weather, snow, soft snow, hard snow, sticky snow… [those who appreciate it] are real mountain people. Go and tell me how it is now and keep your best turn for me.”

In 2020, a ski run was named after Frank to honour the man who continues to make such a profound impact on the community of Thredbo.

“Having the Frank’s Face trail located between Karel’s T-Bar and Sasha’s Schuss gives me great pleasure and feels like family,” says Frank.

“Adventures – don’t be afraid to take risky situations,” says Frank. “Go through them and try to do it for yourself. If you sit on your back and don’t do these things you will short-change yourself and miss out on life experiences.” 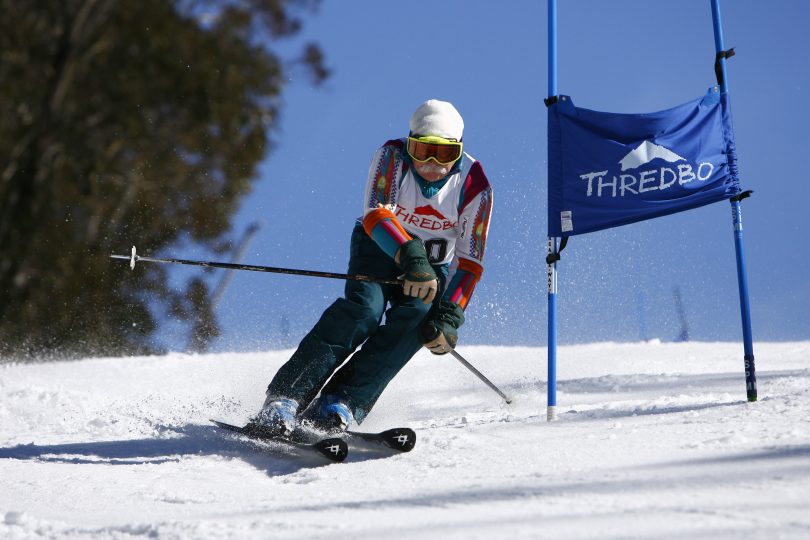 “He’s paved the way for many Winter Olympians, and the truly amazing [Australian] winter team we have today,” he said.

“Arriving in Australia in what I imagine would have been a very difficult time in his life, finding connection with his new nation through sport and helping to build the foundations of alpine skiing are outstanding achievements on their own.

“His decision to represent Australia in the 1956 Winter Olympic Games and solidify his connection with our nation was a great milestone for the Australian Olympic movement and a tremendous step for the sport in Australia.”

“Ever since he decided to call Australia home, he has dedicated himself fully to the advancement of snow sports in our country, first as an athlete and then as an administrator,” he said.

“He is a pioneer of our snow community as much as a ski legend in his own right.

“His life is an inspiring example of how passion, courage and determination can lead to achieving great things in sport as well as in life.”