Ticket to Paradise is gorgeous froth and bubble, but is that enough? 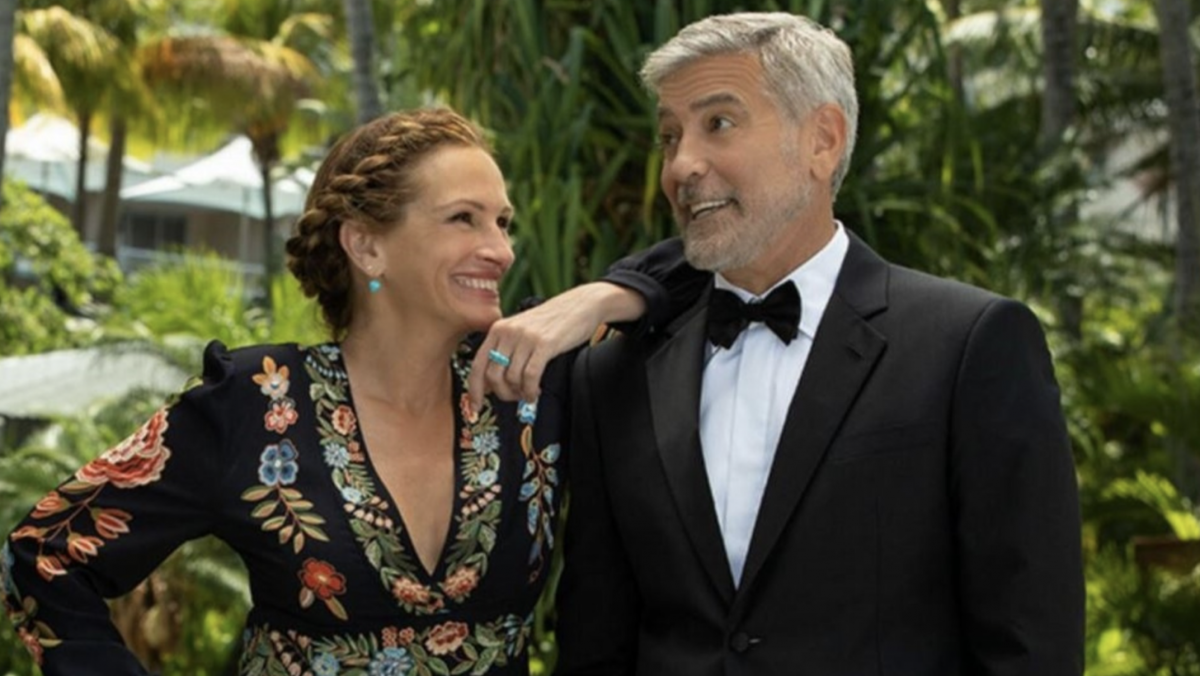 Lily (Kaitlyn Dever) has just finished university and decides she needs a holiday before she goes into practising law. She takes her dear friend Wren (Billie Lourd) on a trip to Bali.

Before long, she falls in love with a local seaweed fisherman Gedde (Maxime Bouttier, who is actually French) and decides there and then that they should get married and spend the rest of their lives together.

Her parents, David (George Clooney) and Georgia (Julia Roberts), have been invited to the ceremony.

What we discover very early on in Ticket to Paradise is that they pretty much loathe one another. They were only married for five years, and all they seem to do is trade acerbic and often very funny barbs.

What also becomes apparent is they don’t want their daughter to make the same mistake they did, so they begrudgingly decide to make a pact to destroy any prospect of a lasting marriage.

READ ALSO QUIZ: White-tailed spiders and 9 other things to test yourself on this week

Clearly, what we are dealing with here is a romantic comedy, and clearly, the co-writer and director Ol Parker was of a mind that the chemistry between old and dear friends Clooney and Roberts would ignite this film into something that would create much hilarity.

Add to that the extremely gorgeous scenery, not Bali, but primarily filmed in the Whitsundays and other parts of Queensland, adding in for good measure the homespun wisdom of Gedde’s family, we would get a lot of froth and nonsense.

And that is precisely what this film delivers. But rom-coms, if they are to be particularly good, need better writing.

Parker, who wrote Mama Mia! Here We Go Again and the Best Exotic Marigold Hotel, teamed up with Daniel Pipski, who until now has been primarily a producer of movies.

READ ALSO Reach out to your gym to build fitness, and confidence this spring

While Clooney and Roberts do the main heavy lifting here, there isn’t a whole lot to lift. Of course, their sabotage plan goes ridiculously awry, as you’d expect (not really a spoiler), and clearly, at the core of things, there was a reason they got married in the first place, and that aspect is teased out as well.

But the young actors barely have more than walk-on parts, Gedde’s family are almost reduced to caricatures, and in the end, we are left with a lot of pretty scenery and two Hollywood A-listers clearly having a ball.

Look, don’t get me wrong, this is a very easy film to watch. Everyone in it is gorgeous, and it would be perfect for a Sunday afternoon and a glass of Prosecco. If that is all you’re after, which is completely understandable, that is what you’ll get.

Ticket to Paradise gets two and a half out of five and is screening at all major cinemas.