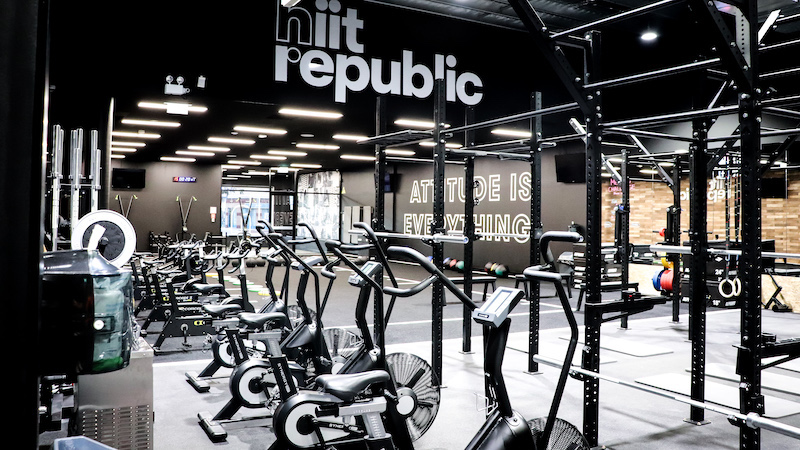 Thanks to technology it has never been easier entering Club Lime and hiit republic facilities. Photo: Supplied.

Canberra-based fitness services provider Viva Leisure is rolling out new innovation as rapidly as its growing footprint is spreading across eastern Australia. Viva Leisure is launching its Club Lime Member ID app for Apple Watch together with a significant upgrade to improve the keyless entry into its 24/7 clubs via members’ mobile phones and now Apple Watches.

The technology-focussed fitness leader in the ACT, NSW, Victoria and Queensland is also delivering a digital radio service for its growing membership, in partnership with Canberra FM Radio.

Launched in August 2019, Club Lime Member ID was an industry-leading solution and part of Viva Leisure’s commitment to continually improve the member experience with an Android and iOS native app which allows members to access any Club Lime and hiit republic facility by simply tapping their phone on the dedicated reader located at the entrance of each facility.

Also launched, in another industry-leading initiative, Viva Leisure has made available their Club Lime and hiit republic native Apple Watch app, Club Lime Watch ID, with GPS support for improving entry. The Apple Watch app will detect the closest door, and subject to being within range, will allow the member to enter simply by pressing a button on their watch.

Viva Leisure Chief Executive and Managing Director Harry Konstantinou, said: “Our members are enjoying being able to enter our facilities with just their mobile phones. Introducing another industry first today with GPS entry as well as a dedicated Apple Watch app shows our commitment to continually improve and streamline our members’ experiences.

“Shortly our members will not only be able to join 24/7 as they have been able to do for many years, they will also be able to have immediate access into our facilities within minutes of joining online, no matter what time of the day or night, using the Club Lime Member ID app, or the Club Lime Watch ID app.”

The updated iOS and WatchOS apps (for both Club Lime and hiit republic), and the Android app are available from the Apple App Store and Google Play store now. More information is available at: www.clublime.app.

Viva Leisure has also announced the go-live of Club Lime Radio, broadcast on DAB+ in Canberra and online to all other areas via iHeartRadio. The dedicated radio station has been set up in partnership with Canberra FM Radio, a joint venture between the Australian Radio Network and Southern Cross Austereo.

“Building a station from the ground up has meant the Canberra FM Radio and Viva Leisure teams have been able to curate a highly targeted, hot and high-energy music universe that our members are going to love,” Mr Konstantinou said. “Club Lime Radio is another way our members across Australia can enjoy the Club Lime experience no matter where they are.”

Canberra FM Radio General Manager Craig Wagstaff said: “Club Lime Radio is a new and unique station with its highly-targeted and specific offering. Focused towards Club Lime members, it has been an exciting project, led by highly talented and driven members of our team together with long-time, close partners Club Lime and Viva Leisure.”

While the station is launching advertisement free, Viva Leisure will look to commercialise the station with the sale of dedicated on-theme and targeted advertising opportunities in the future. The new initiatives are outlined in a trading update for the Australian Stock Market.

Meanwhile Viva Leisure has completed the acquisitions of 10 new health clubs locations in Queensland, which it announced earlier this year. Conversion of the clubs including facility upgrades has commenced. The latest additions bring the number of locations across eastern Australia to 56, an overall increase of 40 per cent this financial year.

An additional four locations are scheduled to open before the end of December 2019.

“The pipeline of new sites continues to be strong and we have now secured a total of 85 locations, including the recently announced 13 FitnFast locations,” Mr Konstantinou said.

Membership now exceeds 70,000, an increase of 30 per cent since the beginning of this financial year. Membership of hiit republic continues to exceed expectations surpassing 1,900 members.

The company currently operates health clubs within the ACT, NSW, Victoria and Queensland, with the majority operating under the Club Lime brand.

GPS and apple watch access…sorry but seriously dumb idea. More crap to go wrong. I cant believe people cant get organized enough to carry a swipe card. And if you are dumb enough to put your life on a phone, you will suffer for it. Guaranteed.

Never put anything on a phone you cant afford to let the whole world have…..

Have noticed them working on the old Harris Scarfe store at Erindale. It’s certainly going to be a big club.
Mucho dinero has been spent.