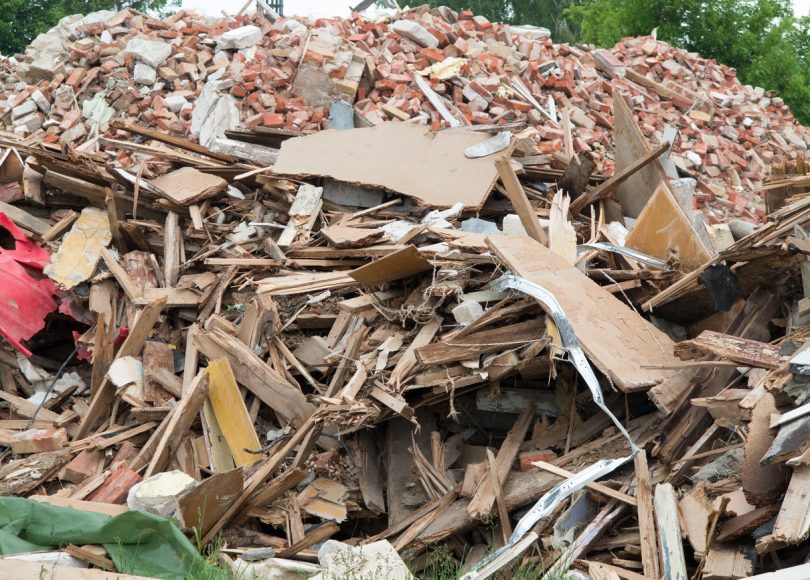 A new plant in Hume will recycle building waste if approved. Photo: File.

Two new industrial recycling proposals have been submitted to the planning authority, this time in Hume, ACT Labor’s now preferred site for such developments.

The separate development applications come as Capital Recycling Solutions awaits the outcome of its DA for a household waste processing and recycling plant in Fyshwick, and the Environment, Planning and Sustainable Development Directorate assesses Hi-Quality Group’s EIS for its major industrial and building waste facility, also in Fyshwick.

Both Fyshwick proposals are being fiercely fought by inner south community groups and the Fyshwick Business Association. The main political parties have stated their opposition to the CRS development and Labor has distanced itself from Hi-Quality’s plans. The Greens want a moratorium on all new waste proposals in Fyshwick.

The community and business groups argue that an evolving Fyshwick is no longer suitable for such facilities and they should be sited in the Hume industrial area.

The Hume proposals are for blocks on Couranga Crescent, with one wanting to recycle waste from municipal activities such as sediment trapped in stormwater drain networks, street sweepings and hydro excavation materials, and the other construction waste.

It would appear that these would operate in competition to some of the operations at the proposed Hi-Quality plant if all developments are approved.

Canberra firm Flexible Australia is behind the municipal waste proposal at 36 Couranga Crescent (Block 11 Section 21) and has lodged a draft EIS with the DA, prepared by Canberra Town Planning.

It plans to develop Block 11 Section 21 in two stages – building its resource recovery facility first and then an administration building, parking area and vehicle depot.

This DA covers the $2 million construction of a bunded concrete building which will contain a pre-assembled plant for processing waste residues, hardstand areas with associated landscaping and services infrastructure, as well as four underground stormwater tanks.

It says trucks will release waste residues within the bunded building into bunded areas before being lifted into large hoppers ready for processing. A total of three truck bays are proposed.

The traffic report says the facility, which will open from 7:00 am to 6:00 pm, is expected to receive and process about 23,300 tonnes of material a year. 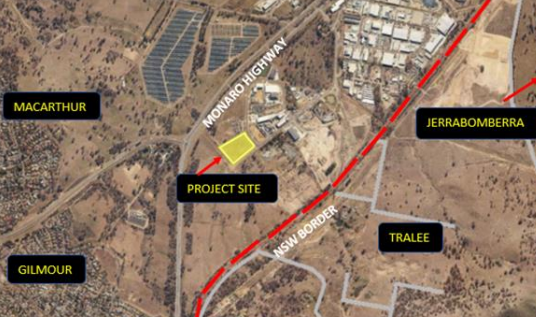 The site of the Flexible Australia proposal. The other building waste plant will be nearby. Image: Canberra Town Planning.

Once processed, about 13,150 tonnes will be transported from the site for sale as recovered product or disposed in landfill use; 5,250 tonnes will be used for hydro excavation work; and 4,900 tonnes of water will be reused in processing or discharged to the sewer.

About 98 trips will be generated daily; 21 an hour in peak times.

”Currently there are thousands of tonnes of waste from municipal maintenance activities going straight to landfill every year,” the DA says.

”The current process for disposal is expensive, environmentally unsustainable and a waste of potentially valuable resources.”

It says the proposed development will reduce the amount of waste to landfill and sustainably reuse materials and water from waste.

The other proposal is at at 30 Couranga Crescent. Its Waste Recycling Facility will cost $4,616,300 and involve a weighbridge, a main sorting shed, sump and tanks for runoff, and storage areas for skip bins and 40-foot containers.

The DA, prepared by DNA Architects, says trucks will dump construction waste inside the main shed for sorting and it will be pushed to the rear of the building where it will be loaded onto waiting trucks in a sorted state.

Smaller waste will be pushed to the side and run through a picking station to separate it into smaller bins.

The rear of the shed will have a raised working platform and sunken loading drive-through.

The floor will be sloped so liquid waste can run off into a sump and tanks to be disposed of.

Dust generation will mainly come from the incoming loads and sorting, and internal suppression techniques will be employed as required.

A strip of trees is planned along the Monaro Highway to screen the operation from view.

One protected tree will need to be removed from the block.

DNA Architects did not indicate who the proponent is.

The location map image shows a suburb of “Gilmour”.

Gives one a lot of confidence when proponents can’t even get the spelling correct.

The proposed address of 36 Couranga Crescent Hume is the same one chosen by the Foy Group with their failed plastics to fuel plant.

If we wouldn’t put this in a business area like Fyshwick, why would we do so at Hume where its close to homes too.

Good our city is growing and slowly we are noticing trash piling up. What we really need is a free waste drop-off. This is a step in the right direction for keeping our city and green spaces clean.

Great, more places that catch fire n send toxic fumes over us all. More recycling or reuse of materials is needed

Photo illustrates the problem. Developers shpould be forced to segregate waste streams on site at their expense instead of socialising this cost with taxpayers. 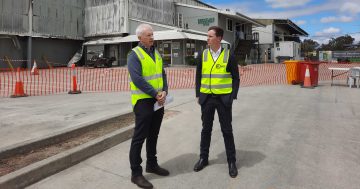 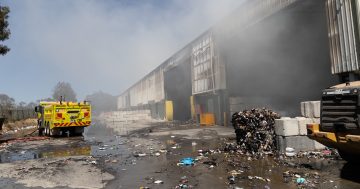