Unfettered and Alive: Anne Summers is still fighting for feminism 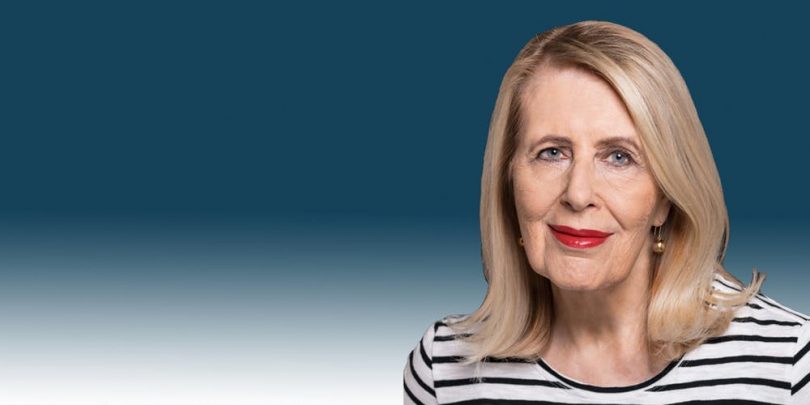 When Anne Summers first came to Canberra as a Press Gallery journalist in the 70’s, it was still the kind of place where politicians and bureaucrats would leave Charlie’s Restaurant in Civic at 6 am, where political parties might end with skinnydipping, and if you were travelling with the PM, it was a race to the death with Michelle Grattan to dictate your copy into the only available public phone (Michelle always won, apparently).

It was also the kind of place where cabinet ministers would sometimes chase young female reporters around their offices, literally. When Summers returns to Canberra this week to speak at the National Library about her memoir, Unfettered and Alive, she’ll be reflecting on how much things have changed and perhaps how much they’ve stayed the same.

The legendary feminist has had several stints here: after her time in the Gallery for the Financial Review, she headed the Office of the Status of Women in the Hawke government and was later an advisor on women’s issues to Paul Keating.

Of the Hawke years, Summers says that “A lot of the issues I had to deal with were not so much about me as a woman but more a rank outsider, a journalist. PM&C thought there shouldn’t be a unit like Status of Women because they saw themselves as pristine policy co-ordinators, and we were too ideological. I hated all the hand to hand combat over every single thing.” And yes, at the time the acronym for Summers’ office was indeed SOW.

By contrast in the Keating years, she says “things just got done. I’ll give you an example – there was a vacancy on the Reserve Bank board. There had never been a woman on the board, so I suggested that course of action. Everyone agreed, except Treasury, who said they’d conducted exhaustive research and they simply couldn’t find a woman anywhere in the country who was qualified for the role.

“So a colleague and I took ourselves off to the Office for the Status of Women to search their register, and we found Janet Holmes, a Court’s name, in about five minutes.” The leading Australian businesswoman, who was heading up Australia’s largest construction company at the time, was duly appointed.

Politically speaking, though, these were the days when there was virtually no awareness that women might have causes and concerns that would influence their votes. Summers says that the internal polling for Paul Keating among women was “shocking”, with a widely held perception that they disliked his aggression in Parliament.

She thought otherwise. “I was of the view that if we were going to change women’s views about Paul it wouldn’t be with gimmicks and photos in the Women’s Weekly. It had to be solid policy work. So we did focus groups all around the country, asking women about their actual lives, and what they thought about their lives.

“It was the first time women had ever been asked about themselves, and the results were overwhelmingly unanimous. Women worried about childcare, equal pay, domestic violence. Out of that came the need to develop actual policies.” The 1993 election would be the first one where the women’s vote for the ALP equalled the male vote.

Summers says that after years when some younger women dissociated themselves from feminism, there is now a major resurgence going on. “I first noticed it as a significant thing because of what was done to Julia Gillard. Young women were gobsmacked that could happen to our Prime Minister.”

She identifies the election of Donald Trump and the Kavanaugh Supreme Court nomination, but also the hip pocket factor. “Women find out that they are still getting paid 30 per cent less than the man who sits next to them and these things develop their own momentum. Social media has been a great force for letting people know things.”

She’s puzzled that more high profile Australian men haven’t been named and shamed for past sexual harassment as has happened widely in the US during the Me Too movement, and wonders whether fear of our defamation laws might be to blame.

But, she says, women are responding magnificently. “It reminds me of the 70s and the second wave movement, there’s a similar creativity and energy at the moment. At every book event everywhere around the country, we’re getting a great mix of ages, so that the younger generation is being energised and outraged. As long as you have young people wanting to take action, that’s hopeful.”

Anne Summers speaks at the National Library about her memoir Unfettered and Alive on 8 November at 6 pm.

Daniel Pickering - 53 minutes ago
Legend. Taught me at Melba high back in the day. A great mentor! View
Ramon Montero - 3 hours ago
I do remember him when started arbitrate football, indeed very polite and educated a young person. I had the privilege to mee... View
Kacey Butterworth - 14 hours ago
I feel extremely privileged to have had Ben as a mentor, teacher and year co-ordinator throughout my high school years. He ta... View
Community 41

chewy14 - 2 hours ago
JWinston, Climate change is most definitely real, although Flannery isn't really a figurehead or anyone that represents a pos... View
retep - 16 hours ago
*sourced. Geez it's a rough day.... View
retep - 17 hours ago
Applause. Thanks for your efforts. We too try to alleviate our energy use in similar ways. Also agree with your observations... View
Public Sector 3

It's higher off the ground than any of its rivals. It has an all-wheel-drive system and driving modes for deep...
News 32

@The_RiotACT @The_RiotACT
Areas of Civic are a disgrace and completely out of character with a modern planned city like Canberra. It's time the neglect ended, says Ian Bushnell https://t.co/jwSVzqWoKc (20 minutes ago)