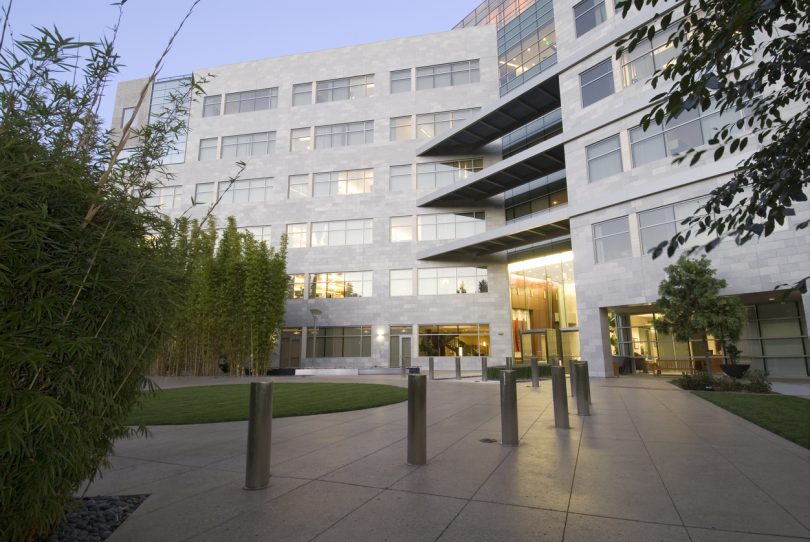 The ACT on the surface appears to be doing reasonably well economically right now. But beware the dangers beneath.

As well as deterring new investment, current investors could divest themselves of Canberra property and put their capital elsewhere.

Former Chief Minister Jon Stanhope and Khalid Ahmed from the University of Canberra’s Institute of Governance and Policy Analysis, have pointed out that the ACT’s public finances are at their weakest for more than a decade.

That should be warning enough to get our house in order: the ACT is in a vulnerable position because the Government’s commercial land tax system is almost guaranteed to turbocharge any recession or downturn.

The long-term approach is commendable. But the reduction in stamp duties has been modest while rates and land taxes have been ramped up well beyond that reduction, even allowing for inflation. Further, land tax on commercial property has been abolished and subsumed into the rates system.

In June 2018 the ACT Government scrapped stamp duty for all commercial properties under $1.5 million, a worthwhile step. But in the light of the increases in rates for commercial property, it does not address the potential for an ACT recession.

Those rates are huge. They kick in at a little over 3 per cent of the unimproved capital value and rise steadily to just over 5 per cent of unimproved value at $275,000. True, the 5 per cent is on unimproved value, not total value, which is typically double UV, but it is still the equivalent of paying stamp duty every second year.

It is very difficult to make exact comparisons of commercial property taxes with other states, however, in most places rates and charges usually amount to something less than 1 per cent of UCV, albeit higher in Sydney and Melbourne. In the ACT the rates on commercial property (which in effect include the equivalent of other states’ land taxes) are applied at the same rate across the territory.

NSW has a threshold (around $650,000) below which you pay no land tax. It peaks at 2 per cent after $3.8 million, compared to the ACT’s more than 5 per cent. NSW and Victoria have legislated caps on rate increases, so they do not go much beyond inflation. In short, the ACT’s window-dressing abolition of commercial ‘land tax’ has allowed it to ramp up commercial rates.

You can see why the Government wanted to disguise it. In 2009-10 (the last full financial year of Stanhope’s tenure) $95 million was raised in land tax. In 2016-17 that was $130 million – a 37 per cent increase, nearly three times the inflation rate.

Total rates went up from $188 million to $487 million – a 160 per cent increase, or 12 times the inflation rate. A little more than half of rates are commercial. And although stamp duty rates have fallen, the total government take from stamp duty in that time rose from $266 million to $300 million.

This is an enormous gouge, but the real problem comes when a commercial property falls vacant. When land tax was introduced the owner was only liable to pay land tax for the quarter if the property was earning an income on the first day of the quarter. In a rates-only system the property owner now pays the equivalent of land tax even when the property is vacant.

In a potential slowdown, tenants do not renew. They leave or demand unsustainable rent reductions. Given the very high level of ACT rates, it is harder for property owners to sustain that, so they are more likely to sell than in other states.

Rates are based on a three-year rolling average. So even if properties are sold in a downturn and property values fall the rates remain high for a couple more years, and there is no longer any relief from the land-tax portion if the property is vacant. The unintended consequences of this development could include sending even mortgage-free commercial landlords to the wall in a protracted downturn.

Vacant premises, no tenants and a crippled commercial property market. An enormous property tax every year. No income from that property and little prospect of selling it. The only solution might be a mortgage on the family home. And that might presage disaster.

If the ACT does not behave in a more fiscally responsible way by spending less and cutting taxes (especially exorbitant job-shrinking property taxes) we will be in no position to avoid a turbocharged recession.

This is about the parlous state of the other Australian Territory.

It’s very relevant to the problems of our Territory.

What a great article about the latent problem that the failed Labor land-tax reform has created. One would have expected the Canberra Liberals to be onto this but they must still be hibernating. Do we still have an opposition?

One can now easier understand why we have the dearest petrol and gas in Australia. Also, why cars and household goods are much dearer than in other capital cities.

The icing on the cake is this latest revelation hidden in today’s printed Canberra Times: https://www.canberratimes.com.au/politics/act/forecast-act-budget-surplus-for-2021-22-in-doubt-audit-20181213-p50m44.html

The so-called opposition are so busy pursuing a right-wing, Abbot-style agenda that they have forgotten what a proper opposition is supposed to do. That makes them unelectable and irrelevant to Canberra. The other mob are so in bed with Labor that they question nothing.

Where oh where is a party that can stop the Barr crazy train!

Nope it appears not. Well, Barr will just continue to stuff the Territory until/unless some worthy opposition steps up.

Cheryl Creswick - 3 hours ago
Makes it easier for Pollies to head off OS for their holidays.. Hawaii here they come View
News 43

Victor Bilow - 4 hours ago
Elroy Jones Live Virtual Constructive Polygons... View
Elroy Jones - 7 hours ago
What do you think LVC stands for Victor? View
Iain McKimm - 8 hours ago
So to address another issue, those who in good faith who bought a Townhouse in the Opus complex backing onto this development... View
News 23

Richard Shortt - 4 hours ago
Todd Hepworth , many. And, as always, the reply should be “I would be, but you have distracted me by your unlawful conduct,... View
Carole Ford - 19 hours ago
About bloody time, there are morons driving and looking at phones everyday in the hundreds. I hope that fining them helps sto... View
News 3

Joan James - 4 hours ago
This has been such a long drawn out agony for the families. I taught Luke in primary school and worked with his mother Kim. I... View
News 46

Dave Blow - 5 hours ago
Well..THATS true I suppose!!! Im a bus driver... its Coffee shops I should be angry at ...lol..given the number of cups left... View
Shaun Stephens - 5 hours ago
Dave Blow I would but too many litter bugs! View
Dave Blow - 6 hours ago
I wasn't aware Maccas forced its patrons to litter....why not direct your anger at the ones actually doing it? View
News 70

Michael Hansby - 7 hours ago
I believe the term is 'shake and bake'. View
Sport 6

Bri Travalos - 7 hours ago
Being at OBGA when Trevor Gerling scored the goal in overtime in the 2018 grand final. Best atmosphere at an away game I’ve... View
John Harriott - 10 hours ago
Being on the edge of my seat in melbourne during overtime and finally seeing cbr lift the goodall cup View
Chris Kubara - 11 hours ago
My Hockey involvement started quite a few years ago firstly as an unpaid chauffeur, then Team Manager, Junior Coach and then... View
News 3

Milo11 - 12 hours ago
Definately not the case the AFP runs ACT Policing which is simply a functional area of the AFP no different any other. There... View
News 3

michael quirk - 12 hours ago
The fundamental issue is the relative costs and benefits of the extension of the light rail to Woden and possible alternative... View
Business 3

The ACT Planning and Land Authority (ACTPLA) has rejected claims that it's a toothless body unwilling to fight for its...
News 23

@The_RiotACT @The_RiotACT
Leaving the car at home? The ACT Government is touting a huge increase in public transport usage this year, revealing figures showing more than half a million boardings last week. Check out the new data exciting the government https://t.co/LDqs0wCEBB (1 hour ago)