Let us take your development
to the next level.
5 October 2021 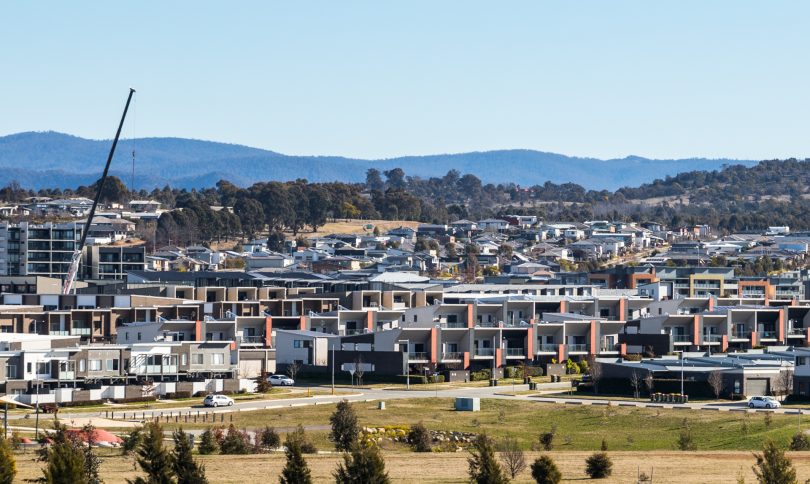 More buyers in Canberra are turning to townhouses and units as standalone houses become unattainable for many people. Photo: Michelle Kroll.

Canberra’s hot housing market is still glowing with confidence, but it appears more buyers are turning to townhouses and units as the supply of standalone houses stays low and prices become prohibitive, particularly for first-home buyers.

The latest data from CoreLogic for September 2021 shows a 2 per cent gain overall – the second highest in Australia after Hobart – which means the ACT has put on 20.2 per cent in 2021, and 24.4 per cent in the past 12 months, way ahead of the national figure.

The overall median price is $838,904, but houses are now nudging the million-dollar mark at $956,119, just behind Melbourne, after posting a 2 per cent rise that took the annual gain to nearly 30 per cent.

That’s a little lower than the previous month’s 2.4 per cent increase, but units and townhouses have taken some of that, surging to a 1.8 per cent gain after August’s 1.3 per cent result.

Canberra house prices have now gained 23 per cent this year and a phenomenal 28 per cent for the past 12 months. 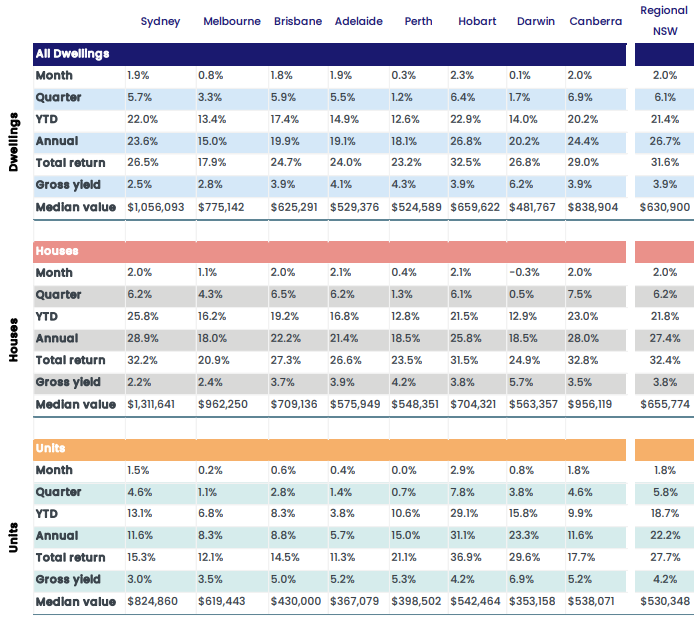 That’s fine if you are a homeowner, but for many people trying to get into the market, the door appears shut. Hence the increased demand for cheaper and more plentiful attached product, particularly off-the-plan.

Not that there are many houses available. In September, only 89 were sold at auction, with listings as low as 28 on one particular weekend as COVID-19 lockdown and school holidays conspired to dash hopes of a spring recharge of sellers and properties.

But they are moving quickly and suburb records continue to be set, such as 12 Lukin Place in Watson, which fetched $1,803,000 at auction on Saturday, 25 September. The previous suburb record of $1.79 million was only set in July.

There is hope an easing of restrictions on inspections and onsite auctions, and the coming end of lockdown on 15 October, will draw out more vendors.

While interest rates remain at record lows, Canberra’s high average incomes will still mean a home of one kind or another is within reach, but a crackdown on risky loans is looming as Federal Treasurer Josh Frydenberg has endorsed tighter credit policies for home lending.

CoreLogic says that in the year to June, Reserve Bank data showed housing credit increased 5.6 per cent, but national accounts data showed an income increase of just 1.6 per cent for the same period. 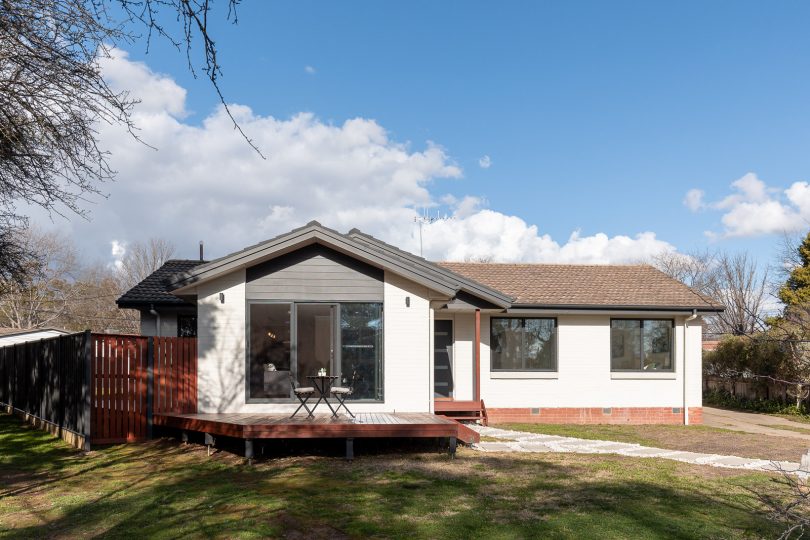 This property at 12 Lukin Place in Watson set a suburb record on 25 September. Photo: home.byholly.

Nationally, housing values are rising at the fastest annual pace since June 1989, but the monthly rate of growth continues to lose steam, even in Canberra where the overall September gain slipped slightly from August’s 2.2 per cent increase.

CoreLogic’s research director, Tim Lawless, believes the slowing growth conditions are the result of higher barriers to entry for non-homeowners along with fewer government incentives to enter the market.

“With housing values rising substantially faster than household incomes, raising a deposit has become more challenging for most cohorts of the market, especially first-home buyers,” he said.

“Sydney is a prime example where the median house value is now just over $1.3 million. In order to raise a 20 per cent deposit, the typical Sydney house buyer would need around $262,300.”

Mr Lawless said existing homeowners looking to upgrade, downsize or move home may be less impacted as they have had the benefit of equity that has accrued as housing values surged.

“As demand becomes more constrained from worsening affordability and potentially tighter lending conditions, advertised stock levels may start to normalise over the final quarter of the year,” said Mr Lawless.

“This could take further heat out of the market as buyers benefit from more choice and less urgency.”

However, it very much remains a seller’s market.

Funny, what did the government print? About 30% of GDP…? Is that how inflation works? And it seems to be at the expense of the poor. 🤔

That is very bad news 😢

Wait and see what happens when the interest go up…

Lloyd Taylor sell and move? Hahaha get 20% more then you paid

Turnball Yarry we bought for $370k now worth $620k – $650k! Only problem is how could we afford to buy somewhere else with the prices they are 😒

NOT BAD Sal Nicholls NOT BAD

At this rate, by the time I have a deposit, it will be for a letterbox.

such a lovely view 🤣