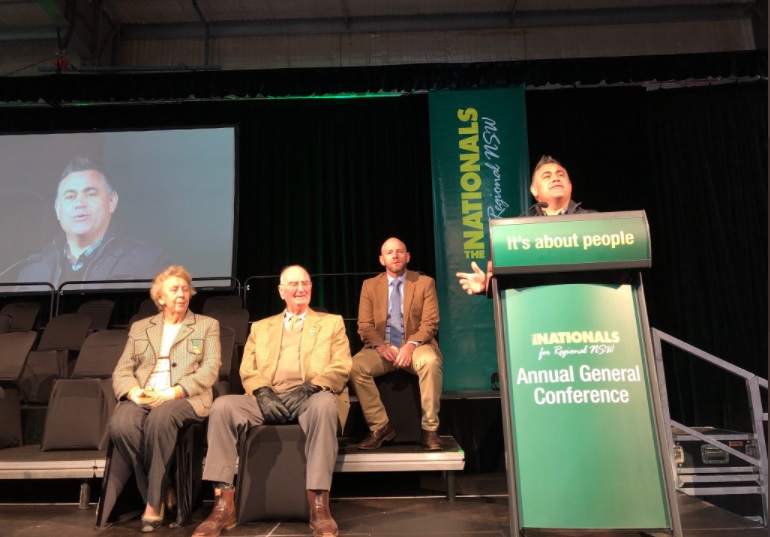 There will never be a politician quite like him. A man who lived and breathed regional NSW, whose cheerful, almost jolly, demeanour with that unmistakable practical quality that issued from farming stock made him approachable, reachable and relatable.

It was a successful, passionate blend of country and one that will be mourned by those in Ian Armstrong’s home town of Cowra, those in his former electorate of Lachlan, those scattered throughout rural and regional NSW and, of course, his beloved National Party.

The former leader of the NSW Nationals and Deputy Premier of NSW, the Hon Ian Armstrong AM OBE has died, aged 83.

NSW Premier Gladys Berijiklian said Mr Armstrong embodied what it was to be a rural advocate, having been responsible for ensuring public servants work in the regional communities they represent. He relocated the Department of Agriculture to Orange in 1992, the single largest decentralisation process undertaken by a government department.

He also served as Minister for Agriculture and Rural Affairs, and the list of community organisations and boards he volunteered for during his lifetime was significant, signifying a life dedicated to serving and representing regional people.

Despite his substantive contributions as a minister and as deputy premier, his commitment to his electorate of Lachlan never wavered and the area still benefits from his legacy as its local member.

Mr Armstrong represented the seat of Lachlan in the NSW Legislative Assembly for 25 years between 1981 and 2007.

The Premier said Mr Armstrong would be dearly missed and his tireless work for the people of NSW and to the NSW Nationals will live on forever.

“Our condolences to his family and to all the people touched by the life of this remarkable person,” she said.

She said he had been a champion of rural and regional NSW and would be sorely missed.

“His loss is one felt by all of regional NSW,” she said.

Ms Cooke said unveiling the Ian Armstrong Building in Orange this year provided an opportunity to celebrate his pioneering efforts to bring public servants closer to the people they serve.

“His legacy is not just in bricks and mortar,” she said, “it is in the way we see ourselves as rural and regional people, the strength of our communities and the hope with which we face the future.

“Vale, Ian. We may never see his like again.”

Mr Sharp told About Regional that Ian Armstrong was the best politician on the stump that he ever came across.

“He could hold a meeting anywhere and hold everyone’s attention and get a message across like no other,” he said. “He remembered everyone’s name, he knew everybody and everybody knew Ian.

“He was a terrific local member, he was everywhere … a prolific traveller around the electorate and constantly on the job.”

Ian Armstrong had a habit of ringing very early in the morning, Mr Sharp said, because he was an early riser and he would make every moment count once he was up and running.

“I recall one of the most challenging moments for Cowra when it was announced that the Edgells canning factory was to close,” Mr Sharp said.

“Ian and I obtained a large sum of money from its owner to help promote the Cowra district for new investors, who eventually came and built a new modern canning factory.

“What was initially seen as a blow to the district worked out okay in the end because of Ian’s tireless efforts.”

The NSW Government has offered a state service to the Armstrong family – wife Jenny and his two children, Angela and Angus.

Jimbo Lambert - 6 minutes ago
Justo Justo some people have driven that stretch of road for 30 or 40 years at 60km/h. If they suddenly reduce the limit it i... View
Dean Soccol - 2 hours ago
Nathan Grieve in Queensland every time we get a fine we lose points. So if you are one of those that don’t care about the m... View
Nathan Grieve - 2 hours ago
Andrew Nelson not every offence comes with demerit points, so unfortunately that statement is incorrect View
Community 8

TheSilver - 2 hours ago
I don't think it does. I'm saying that I value privacy above knowing whether I have contracted a virus. It's a values questio... View
phydeaux - 3 hours ago
It was not government restrictions that killed over a thousand in this country this month. 5% of people on earth is about 390... View
chewy14 - 3 hours ago
The Silver, Your comment reflects a different topic than the usefullness of the QR code system for stopping the spread of Cov... View
News 9