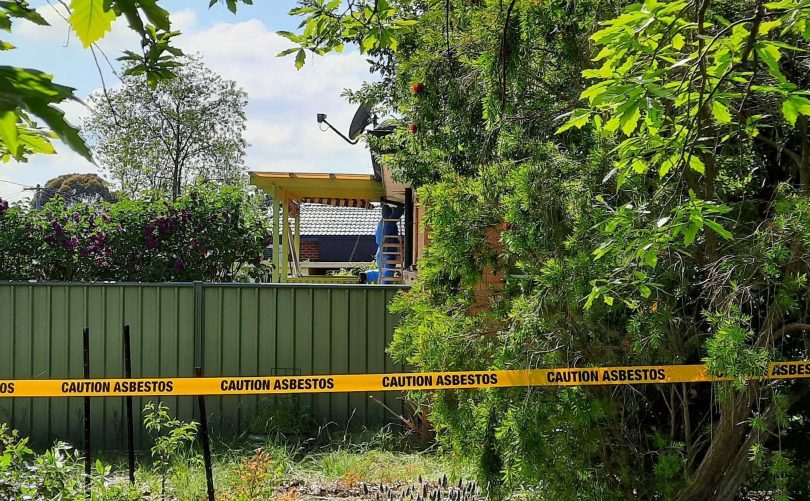 Canberrans who became ill due to living in a Mr Fluffy house are now eligible for financial support. Photo: Ian Bushnell.

CORRECTION: An earlier version of this story referred to “compensation”. The scheme does not deliver compensation but does provide financial support.

Victims of asbestos-related disease caused by living in a former Mr Fluffy home in the ACT are now eligible for financial support through a $16 million scheme funded by both the Territory and Commonwealth governments.

The announcement that the scheme is finally open comes almost a year after Canberra vet scientist James Wallner – who campaigned tirelessly for it – died from an asbestos-related disease last year.

The scheme will provide financial support for medical and health expenses and other costs for Canberrans – and their carers – who continue to experience the harshest impacts of the Mr Fluffy legacy.

Financial support will be provided to cover out-of-pocket medical costs while up to $8500 can be paid annually to family members who are carers. Unspecified lump sum payments can also be given to dependants.

Payments are also available for care and household services, home and vehicle modifications, and loss of income. In some circumstances, applicants and their families may receive payments for psychological support services and expenses related to funeral costs.

Chief Minister Andrew Barr said it marked an “important next step” in the government’s response to the legacy left by the devastating asbestos installation.

“The scheme is designed to provide comprehensive and timely support to enable recipients and their families to receive the treatment and care they need when they need it most,” he said.

Mr Barr said he wished to recognise the advocacy of Mr Wallner – who passed away last year after being diagnosed with mesothelioma in 2020 – and his family.

Mr Wallner was 54 years old when he died, just 10 months after being diagnosed with the disease.

His asbestos exposure occurred as a child growing up in a Mr Fluffy house.

In the final months of his life, Mr Wallner had dedicated himself to being the public face of a campaign to establish a support scheme to assist others who may find themselves in similar situations.

The joint announcement that such a scheme would be created came two days before his death last year.

“The experience of dealing with loose-fill asbestos has been devastating for many families in Canberra, who have suffered from health, wellbeing and financial impacts,” Ms Vassarotti said.

“While a key focus of the Asbestos Recovery Taskforce has been in removing the community risk to properties contaminated by Mr Fluffy, supporting people through this process has been at the centre of the ACT Government’s response.”

It’s been a long time coming.

The Commonwealth was first made aware of potential health problems associated with the insulation material as early as 1968 – well before self-government in the ACT. However, no steps were taken to stop installing the deadly product and loose-fill asbestos continued to be used in homes until 1978.

An initial clean-up program occurred in the late 80s, although a demolition scheme wasn’t negotiated until 2014.

Under this scheme, more than 1000 houses were identified for acquisition and demolition, although a handful of owners chose not to participate in the scheme and they remain in their homes.

To be eligible for support, a person must have lived in a house that had loose-fill asbestos (Mr Fluffy) for more than six months (or less time with sufficient supporting evidence) and been diagnosed with an asbestos disease from 1 January 2014 onwards.

The person must also not have had any substantial occupational exposure to asbestos that would allow a workers’ compensation claim to be made.

Applications for the scheme are now open, and it has no fixed end date.

They will be managed by EML, the ACT Government’s workers’ compensation claims provider.