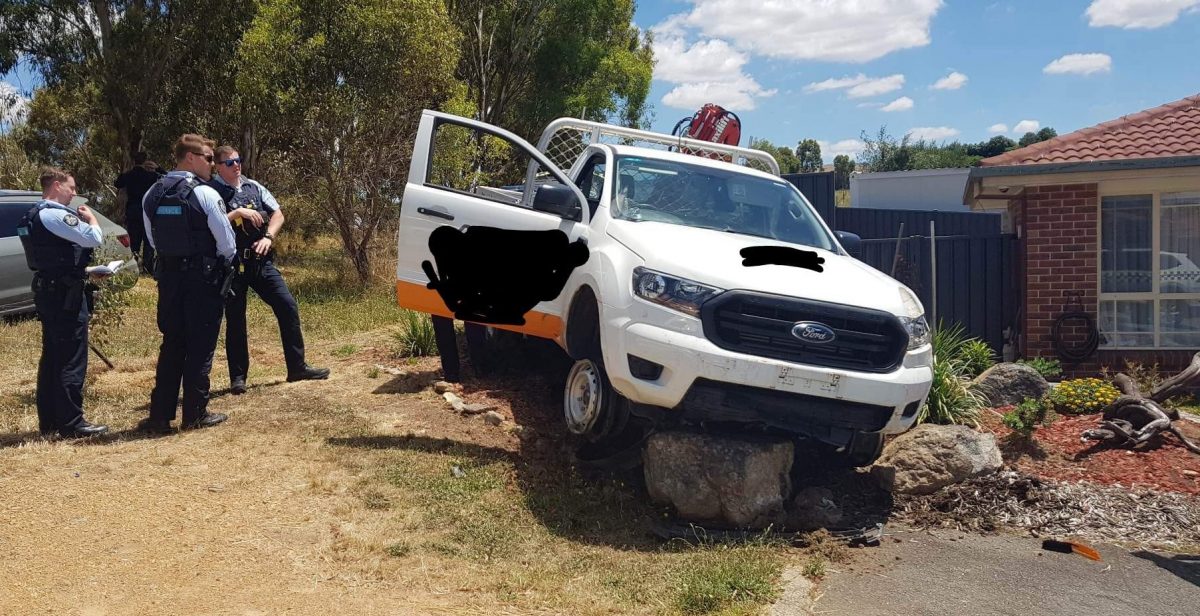 It’s believed the driver of this ute ran from police before he was arrested. Photo: Zorah HB, Canberra Notice Board Group.

A man’s expected to be charged with multiple driving offences following a police pursuit through several suburbs in Canberra’s north.

NSW Police alerted ACT authorities that a white vehicle of interest had crossed the border into the Territory.

An ACT Policing spokesperson said officers indicated for the vehicle to stop, but when it allegedly failed to do so, a pursuit was initiated.

“The vehicle was observed driving erratically throughout several central and north-side suburbs,” they said.

“Due to the risk to the public, ACT Policing disengaged and then re-engaged the vehicle multiple times.”

A 30-year-old man was then arrested following an alleged foot pursuit.

Footage of part of the chase was put on Facebook by user James Andric.

Another person captured the conclusion of the chase, saying the driver allegedly “fence hopped a couple of houses” before he was arrested.

Excellent reporting Riotact. You have appeared to have the scoop on all other Canberra media. My wife was caught up in this at 12:20 this afternoon.