War Memorial volunteers face chop if they speak out on redevelopment 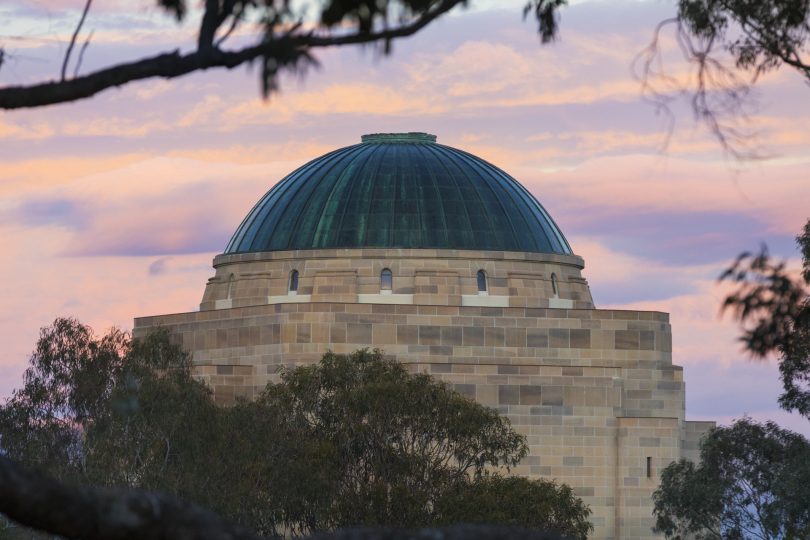 The Australian War Memorial has been accused of muzzling its volunteers after it was revealed they had been told they could be dumped if they commented negatively on the Memorial’s controversial half a billion dollar redevelopment plans.

In the email to volunteers, the Memorial reminds them that they should not publicly comment on the redevelopment, including on radio via talkback shows, in Letters to the Editor, on a link or discussion on social media such as Facebook or Twitter, or even ‘liking’ someone else’s comment.

Telling them that “we are all public servants”, the Memorial warns volunteers that they could lose their role there if they breach what it says are confidentiality conditions in their Volunteer Agreement.

”This doesn’t mean that we all can’t have our own opinions on the Memorial development or other aspects of government policy. However, as employees and volunteers of the APS [Australian Public Service] in this day and age, we must not be seen to be, or heard to be, making negative comments in the public sphere, no matter about our own private opinions,” the email says.

One volunteer, who did not want to be named, said the email made him hopping mad and made a mockery of the ”We are young and free” sign that greets visitors as they drive in.

UNSW ADFA’s Professor Peter Stanley, a former principal historian at the Memorial, said the email was contemptible and the lowest act that the Memorial could have perpetrated.

”It strikes me as an affront to Australians that the institution that celebrates the Australian defence of democracy should muzzle its own volunteers,” he said.

“What’s the Memorial afraid off? Is it frightened that these people are going to see that their plans are misguided?

”I am ashamed that a place that I served for so long should treat people with such lack of respect.”

A depiction of the redeveloped War Memorial with parade ground and new southern entrance. Photo: AWM.

Professor Stanley said one of the nation’s most cherished institutions was intimidating people it did not pay but who gave up their time for the Memorial.

He said the email showed the Memorial was getting nervous about the redevelopment, which had attracted fierce criticism from a broad spectrum of notable Australians, many of whom made submissions and gave evidence to the recent parliamentary inquiry.

Professor Stanley said the Memorial’s own testimony compared with the quality of the opposing views exposed the weakness of its case.

”I think they thought they could just slip this one through,” he said.

The project has come under fire for its cost, the proposed demolition of Anzac Hall, and plans to house large pieces of military hardware such as aircraft.

Former senior public servant Paddy Gourley, who was involved in the preparation of the first guidelines on public comment by public servants, said the Memorial’s ban was an outrageous imposition and volunteers should not be treated in the same way as staff.

“These volunteers are in quite a different position. They don’t have the same loyalty to the place that staff do, and it is entirely unreasonable for the Memorial to consider them as staff,” he said.

”Frankly, I think it’s a real slap in the face for the volunteers. Trying to put some kind of public comment muzzle on them over these extensions is outrageous.”

He could not see any reason why these volunteers should be inhibited from making any comment on the Memorial redevelopment or any other matter about the War Memorial.

It was completely unwarranted in the ways which the system has traditionally treated public comment by officials, he said.

”It’s worse than unnecessary, it’s way over the odds,” he said.

The Memorial confirmed in a statement that all staff and volunteers were required to adhere to Australian Public Service (APS) Values and Code of Conduct, a common expectation for any organisation which engages volunteers as part of its services, and not exclusive to volunteers of the Memorial.

AWM Director Matt Anderson attempted to calm the waters on ABC Radio this morning, saying he had told volunteers that the Memorial was not going to tell them what to say or think.

”The annual volunteer agreement doesn’t in any way preclude them from having views or sharing them but, just when they do so, not to identify themselves as a spokesperson for the Australian War Memorial,” he said.

But he said they would be expected to keep their view on the redevelopment to themselves while on the grounds of the Memorial performing their roles.

Mr Anderson said the volunteers were the heart and soul of the Memorial and conceded he would have worded the email, which he said he had not seen before it was sent, differently.

The Memorial said Mr Anderson had sent a personal email to the members of the volunteer group who received this email assuring them that their views were legitimate, welcome and important to the consultation process of the development project.

”He made himself available to any volunteer who has questions, concerns or seeks more information about the development to engage with him directly,” the Memorial said.

“Volunteers”. They’re not paid to be there. I’m sure they could speak out and if they get “chopped” they can go and volunteer at a more worthy cause, perhaps somewhere that actually assist veterans in person? Just a thought…

I wouldn’t volunteer for them. Your not a payed employee so I don’t see how they can treat you as such.

The staff and volunteers are seen as representatives of the War Memorial.

Of course they shouldn’t be seen as taking a negative stance publically because of that.

Why anyone thinks it’s OK to be able to badmouth their employer in public with impunity is beyond me.

And it’s particularly important for public servants who are meant to be seen as impartial representatives entrusted with delivering the government of the day’s policies, no matter their personal feelings.

The Nelson fiasco, no one has ruined the AWM more than Nelson.

Ironically a memorial to people that served to protect freedom of speech.

Come and volunteer your time but don’t you dare have an opinion!

What has happened to free speech in this country? AWM – you should be ashamed. They are volunteers, not paid employees and should be entitled to voice their opinions, no matter what they are.

Sounds rather draconian in 2020!

Without volunteers many of these places could not do as much.

What our diggers fought and died for. The freedom of an unaccountable autocracy with unlimited funding to bully the weak.

The whole thing is a vanity project. If Brendon wants to be remembered in political history maybe he should have fought for better veterans health services. I don’t know one veteran who’s PTSD has been cured by improving the War Memorials ability to “tell their story” South Coast Private and its equivalent in Melbourne are still full of veterans going in and out and back in.

Someone’s “pet project.” Maybe Brendan wants it so he can have a plaque on a wall?

Welcome to the public service

This is typical of the culture of this current secretive government that can’t cope with any criticism from public servants and now volunteers. The AWM expansion was always an unnecessary, overly expensive folly of Brendon Nelson, Tony Abbott and now Scott Morrison. The money could have been much better spent on service people or others in need at this time.

Just like public servants who have their democratic rights removed

I wonder how many of the volunteers will remain after this!