War on drones: Police investigate after drone shot from the sky 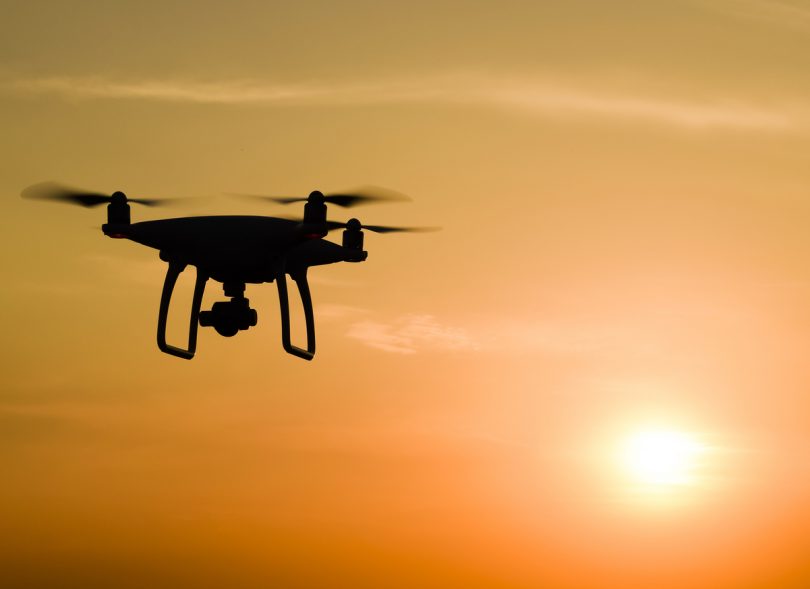 A drone that was shot while in operation has sparked a police investigation.

An Evoenergy drone that was shot from the sky in the south of the ACT last week has sparked a police investigation and a warning from an anti-drone group not take their anger of drones into their own hands.

An ACT Policing spokesperson said police responded to reports of a commercial drone being shot down in Tennant, around 2:15 pm on Thursday afternoon (14 February).

The drone belonged to Evoenergy, who was using the drone to carry out surveying work and is understood to be fitted with equipment worth nearly $500,000.

It is believed local landowners had not been notified of the use of the drone.

Charges for shooting down the drone could include property damage and firearm offences, including unlawful discharging of a firearm and it is up to police discretion to issue a warning or proceed with the matter to court.

The incident has seen an outpouring of opinion across social media, with some people saying the person had every right to take out the drone.

“The company didn’t let anyone know and the property owner should have every right to take the drone down. Laws need to be strengthened to give property owners rights in this regard,” one comment read.

“If it’s low enough to be shot and no one was told then bad bloody luck – it’s called privacy – something that we are also losing fast,” another said. “Privacy laws are continually being broken.. something needs to be done to stop this spiral,” someone else commented.

Bonython Against Drones spokesperson Nev Sheather said his group is not against Evoenergy drones and implored his members not to shoot them.

“I can understand the person’s frustration with unknown drones flying around your property but we do not condone that at all,” he told Region Media. “Our group has always said that drones are fantastic for doing all sorts of wonderful things. What we are against is the delivery drones.

“I can understand people getting frustrated with delivery drones and we do know a few people who said they would like to shoot them down but we have always told them that it is illegal. We don’t want anyone in trouble. We encourage people to do everything legally. ”

Mr Sheather said Evoenergy had approached his group to consult and demonstrate their new flying device.

“I believe the drone that was shot down was the exact same one which was demonstrated by Evoenergy in Bonython a couple of days before,” he said. “They contacted us and said they wanted to fly their drones along the powerlines once a year and wanted to consult with us and give us a demonstration.

“It makes a small humming noise, unlike the delivery drones. I thought it was a great little drone.”

2 Responses to War on drones: Police investigate after drone shot from the sky
Filter
Showing only Website comments

Would the shooter have been so trigger happy if it was a helicopter with humans aboard?

What an idiot. As a punishment that fits the crime, EVO should just disconnect power to the surrounding properties.

I think the shooter, who would have to be responsible person to have a licensed firearm, would know the difference between a drone and a helicopter.

@The_RiotACT @The_RiotACT
After overseeing a decade of changes in community banking, Neale Guthrie has announced his retirement https://t.co/5dJJGN4Iy1 (10 minutes ago)