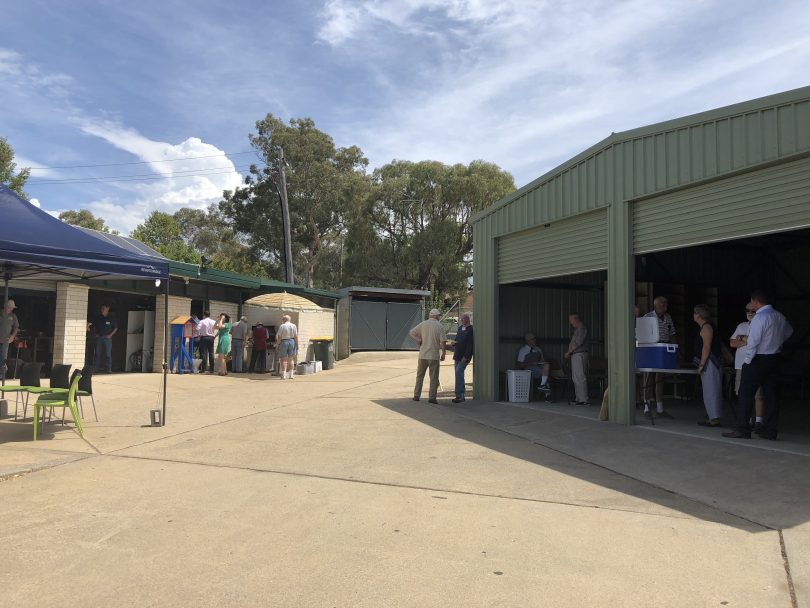 To the naked eye, it looks just like an ordinary shed, but for 30 local men who meet there three times a week for a chat and a coffee, it’s their second home.

The Weston Creek Men’s Shed has been relocated to Bangalay Crescent in Rivett as part of an $80,000 ACT government initiative, which has also committed to building a new Men’s Shed in Hughes.

Prior to the move, the Weston Creek men met in a tin shed on the grounds of the Eternity Church in Kambah. Despite having to move three times to different locations since their establishment in 2014, many of the men have stuck with the group and now have a permanent place to call home.

The group runs social interactions from tea and coffee over a game of cards, to excursions to popular sights, to woodwork and metal workshops. Shed president Graham Lacey said the group had proven to improve men’s mental and physical health, especially those who had retired.

“What we do is provide a social outlet for men, giving males an opportunity to interact with other men and to talk about men type issues,” Mr Lacey told Region Media. “They are increasingly being recognised as being beneficial for the mental and physical help of males.”

Mr Lacey, who joined the group four years ago, uses the weekly gatherings as a social outlet to catch up with his fellow retired friends and work colleagues.

The shed’s motto – “shoulder to shoulder” – reflects the reliance and the support everyone involved gives to one another in the shed and Mr Lacey is encouraging more men to join the group.

“When I retired seven years ago, I kept fairly busy with the big to-do list around the place, but that runs out after a while so you start to look to maintain your social connections or establishing new social connections,” he shared.

“Men’s shed provides that opportunity. It’s not a high-cost activity, and you can do as much as you like or as little as you like.

“In terms of the workshops that we run, we help a variety of community groups which make them feel valued and that they are still contributing to the broader community.”

Minister for Community Services and Facilities Chris Steel said the shed in Weston Creek, which has the oldest population in Canberra with a median age of 41, was vital for the community.

“The Weston Creek Men’s Shed has been such an important part of the community since it opened in 2014, providing a safe and welcoming space for men to participate and socialise with other men while giving back to the community,” Mr Steel.

“We’ve got the oldest population in Canberra here on the Southside so I’ve been working with the local men’s sheds to ensure they’re in an adequate facility so they can support even more men to get active and involved.”

The Weston Creek Men’s Shed is open every week on Tuesday, Thursday and Friday. For more information about the Men’s Shed visit their website. 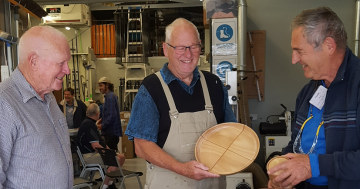