What does marriage mean to you? The arranged marriage 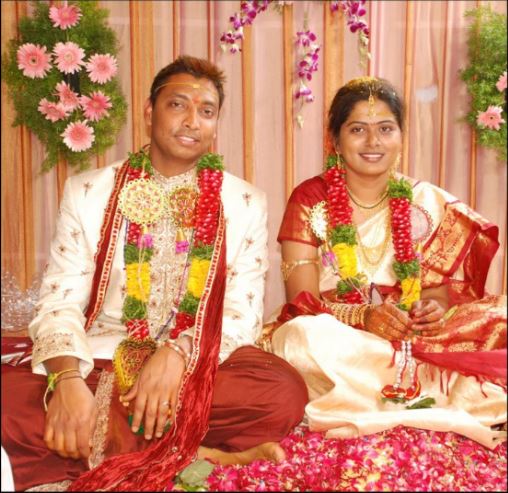 With up to 90% of Indian marriages being arranged and as little as 1% ending in divorce, Kim Huynh had a chat with Indian-Canberran couple Rama Vadlamudi and Shanti Tatineni about what marriage and love means to them.

Kim: What sort of say did you have in choosing your life partner?

Shanti: My parents helped me to find Rama and I decided to marry him.

Kim: Rama, you came to Australia to study and then returned to India to marry Shanti. Did you always intend to have an arranged marriage?

Rama: It was never concrete or fixed. I went with the flow and as it turned out, an arranged marriage worked well for me.

Kim: An arranged marriage can mean a forced marriage, but that’s not the case with you. Is your marriage typical among the young Indian couples who you know?

Rama: Nowadays the typical arranged marriage in India is all about introductions, especially among the middle and upper classes. Your parents act as your agents in a dating service.

Kim: As I understand it parents will often use matrimonial websites or dating services on behalf of their children. So arranged marriages can be quite “modern”.

Rama: That’s correct. Parents can approach introduction agencies to find the right person for their kids.

Kim: How did you get together?

Rama: My parents and Shanti’s parents had a mutual acquaintance. She told my mother who informed me that, ‘Hey, there’s this beautiful woman in Hyderabad.’ I was attracted to Shanti’s photo, her aspirations, and her outlook on life. From that I took the initiative and gave her a call.

Kim: Shanti, how were you introduced to Rama and why were you attracted to him?

Shanti: They sent me his photograph and profile. His background, education and family were important to me.

Kim: When did you first meet one another, face-to-face?

Shanti: A couple of days before our wedding.

Kim: What was that meeting like? Were you excited? Perhaps a little bit anxious?

Shanti: No. We had been talking to one another almost every day for over three months before our wedding. We often talked for hours.

Kim: What was the wedding like? Small, big, medium?

Rama: It was medium by Indian standards.

Kim: How many guests did you have?

Kim: Did you do much in terms of organising the wedding?

Shanti and Rama: Our families took care of it.

Kim: Did you have a good time at your wedding or was it a massive stress?

Rama: Everyone around us had a great time, but it was stressful and tedious for us.

Shanti: There were a lot of rituals. Our wedding went for three days so we were exhausted by the end of it.

Kim: Is it fair to say that Western weddings are more about the bride and groom, while Indian and other weddings are often about the family and community?

Rama: It’s still based around the bride and groom, but once the family and community get involved it becomes a really big event.

Kim: I sense from Bollywood films that romantic love is becoming more popular in India. Has that meant that young people want more of a say in choosing their partners?

Kim: Ummm. That’s a great question. I think it comes from the idea that there’s one person in the world who’s just right for you and that you have to find that person.

Rama: How do you meet that one person?

Kim: Probably at bars, on the internet or at work.

Rama: We aren’t all that different. We found the right person after being introduced by our parents.

Shanti: If people want to choose their partners through friends or at bars then there’s nothing wrong with that. It’s just that we chose our partners with the help of our parents.

Kim: Was there a moment in your courtship or marriage when you thought, ‘This is the person for me. I love this person.’?

Rama: It was when I was talking to Shanti on the phone before we were married. I started to feel that connection and love and I knew that, ‘She is the one.’

Shanti: Yes. You can’t love someone at first sight or after meeting a couple of times. You must go on a journey and learn together. It can take years.

Kim: What are the advantages of being in an arranged marriage?

Rama: When you jointly invest in a house then the burden is smaller, and you end up enjoying something that you could not have managed on your own. When my and Shanti’s families came together, we all invested in our marriage. Everyone has chipped in and is closely involved.

Kim: So rather than adding stress and pressure, your parents’ involvement has helped to reduce the pressure in your relationship and in your family. And them being there for you has increased the joy.

Kim: Sometimes arranged weddings are associated with the groom’s family paying a dowry to the bride’s family. Is that common in India?

Shanti: It’s not common. It might happen in the tribal areas or among lower socio-economic groups.

Rama: I got paid 10 goats for Shanti. I’m only joking. Paying dowries is against the law in India.

Kim: You have two daughters who were born in Australia and will probably grow up here. What sort of say do you expect to have in who your daughters marry?

Shanti: They will get to choose. But they will grow up knowing their cultural heritage and background. Ultimately it is their choice, but we’ll always be there to help them if they need it.

Rama: As long as I’m invited to my daughters’ weddings, I’ll be happy.

Bill Gemmell - 24 minutes ago
Perfect for mounting the kerb as Canberrans seem to do a lot. Shame about the unreliable CVT. View
Roderick Saunders - 34 minutes ago
Mitch McClintock that's right, it's a raised wagon View
Paul Leins - 1 hour ago
AJ Jay some savage gravel drive ways out there View
Business 62

Ann-Maree Jacobs - 54 minutes ago
Four tries every time The site is down ! View
Lisa Hogan - 10 hours ago
Agreed. The current scheme only benefits those with the disposable income to buy stuff. So another 'discount' for the rich. A... View
News 7

jwinston - 56 minutes ago
Jeez Chewy - I never picked you as a Tim Flannery fan boy? View
Capital Retro - 1 hour ago
Nothing new in that advertorial but it's great to see one side bagging the hydrogen lobby. Our virtual signalling government... View
chewy14 - 3 hours ago
JWinston, Most people probably didn't respond because the "documentary" you reference was full of outdated, inaccurate inform... View
News 83

Diana Napier - 2 hours ago
It's not a museum. That's the point what they are building is a ballroom for men who never had one.... View
News 66