What makes a space feel safe? 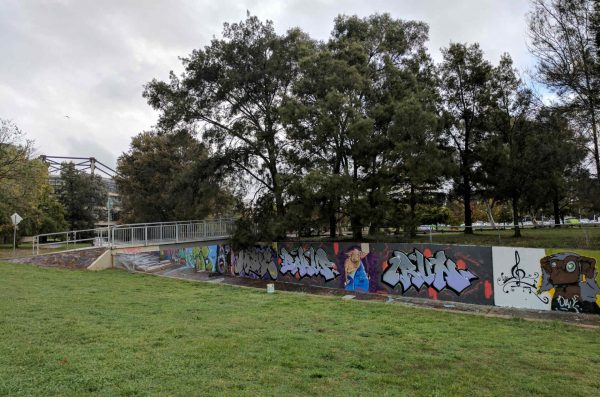 Feeling safe in an area makes a big difference to who uses a public space, and what they do there. Recently, we asked Canberrans to contribute to a Safety Map for the Women’s Centre for Health Matters, identifying areas that feel safe or unsafe and why they feel that way.

We’ve had a recent focus on Gungahlin and Woden Town Centres, and Mawson, because these areas have been going through revisions of their Master Plans. 90% of the reports received about Gungahlin, Woden, and Mawson were from Safety Map users who identified as female, and 60% were aged 18 to 34 years old. 35 to 54 year olds were the next largest age group using the Safety Map.

Feelings about safety in Gungahlin and Woden

As in other areas of Canberra, the things that contribute to feeling safe are mostly about lighting, visibility, and who else is there.

We received comments about Gungahlin Town Centre such as “dodgy people” or “aggressive behaviour” by groups of people in areas where they felt unsafe. Graffiti, vandalism and broken glass or litter also contribute to people feeling unsafe in an area.

In contrast, comments about a “well-lit, very friendly community” described why someone felt very safe in a particular area in Gungahlin Town Centre.

It was a similar story in Woden, where comments about areas where people felt unsafe included “at night it is not well lit and deserted” or “there are a few dodgy people who hang around here”. The Mawson Town Centre also attracted a report of feeling unsafe, in a carpark at night.

Despite feeling unsafe in an area, people sometimes have no choice but to use the space. “It’s dark and isolated. I use this path … to walk home from the Woden bus stop/shops, both day and night.” This demonstrates that the frequency with which a space is used isn’t always a reflection on how safe or functional the space is.

Thankfully, not all the Woden Town Centre footpaths feel unsafe. One report where a user felt safe identified “the path … is evenly paved, well lit and open to surveillance from passing traffic and local residents”.

“Thanks Action. This place was terrifying when I was my daughter’s age” – Safety Map user in Woden

Predictably, there were multiple reports of feeling unsafe around Woden Bus Interchange, with comments such as “the level of intoxicated individuals at the interchange, number of assaults etc.” But it appears that seeing other people, who they don’t feel are a safety risk, makes the space feel safer. “Loads of Action employees on the platform when I went to pick up a teenager from the last bus. Thanks Action. This place was terrifying when I was my daughter’s age,” was a comment from someone who reported feeling safe in a location where most other reports were about feeling unsafe.

When looking at the reports of feeling unsafe, the common issues are definitely about visibility and who else is using the space. Areas that have poor lighting or where it is hard to see who is coming, and where the area is either deserted or the only other people in the area are not people the user feels safe around, are likely to feel unsafe. Rubbish and vandalism can also lead to people feeling that the only activity that goes on in an area is negative, which can lead to feeling unsafe.

In contrast, areas with good lighting, open space where it is easy to see who is around, and plenty of other people using the area who do not look like a potential safety threat, are likely to feel safe.

The difficulty is that a public space that has some level of feeling unsafe is likely to become an area that people avoid because it feels unsafe. This then makes it feel even more unsafe, and so begins a downward spiral of use of that area. In contrast, an area that has some feeling of being safe is likely to attract a diverse mix of people to the area, which makes it feel even safer as there are more people around who can see and help if you are having a safety issue. It is important to identify why people feel the way they do – because it directly influences the choices they make about public spaces, and can help us plan better public spaces in our cities where everyone feels welcome.

The areas that you identified and your comments about those public spaces have been passed on to the Environment, Planning and Sustainable Development. We’ll continue collecting data and passing it on regularly, so do take a look at our Safety Map and add the places you think we should know about.

Caption: Callam Street in Woden – this is an area that was marked on the Safety Map as feeling unsafe at night.

Cleve Gabriel - 2 hours ago
Can’t see it happening ,he’s there for as long as he wants unfortunately. The shame of it all is that represents himself... View
Penelope Farnsworth - 4 hours ago
It tends to be hard to shift the one Labor one Liberal Senate pattern for the ACT View
Gary Hatcliffe - 4 hours ago
MAY BE? HE'S A NOB.😃 View
News 136

Judy Geary - 6 hours ago
There are some beautiful old houses and landscapes visible from the train when travelling between Mossvale and Canberra. View
show more show less
*Results are based on activity within last 7 days