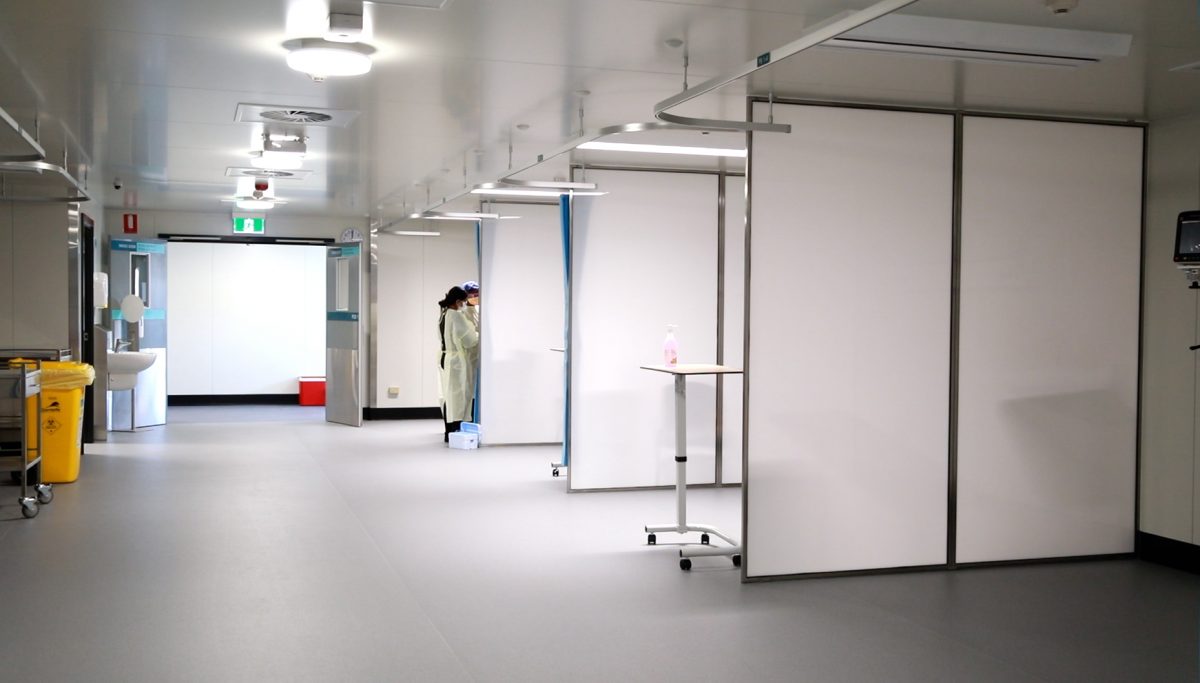 The Garran Surge Centre, built as a temporary emergency department for COVID-19 patients, has never been used as such. Photo: Michelle Kroll

In early 2020, as COVID-19 hit Australia’s shores for the first time and the country locked down, our TV screens showed horror scenes.

In countries like Italy and the US, coronavirus cases quickly overwhelmed hospitals and doctors were forced to ration ventilators as the bodies of pandemic victims piled up in makeshift morgues.

All of this led the Territory’s health authorities to act quickly.

So quickly, in fact, that by early April, they had already commissioned Aspen Medical to build what was then touted as a $23 million “temporary COVID-19 Emergency Department”.

That price was revised to $14 million and just 43 days later, it was ready.

The centre would have helped the Territory’s health system cope with an anticipated surge in demand driven by people testing positive for the virus and subsequently becoming seriously ill.

It was expected Aspen would staff and operate the facility. But whether they could do so has never been tested, and that initial contract between Aspen and the government has now lapsed.

In the years since, the centre has never been used as an emergency department because the ACT escaped major COVID-19 waves in 2020 and 2021.

According to a spokesman for Canberra Health Services, the ACT Government’s best-case scenario has always been that the Surge Centre would not be needed as a supplementary ED.

And indeed, it has never been used as such.

At the time, he described it as an “insurance policy“.

In the 18 months since, it has been used as a vaccination hub and a testing centre and is now a walk-in clinic for people with COVID-19. 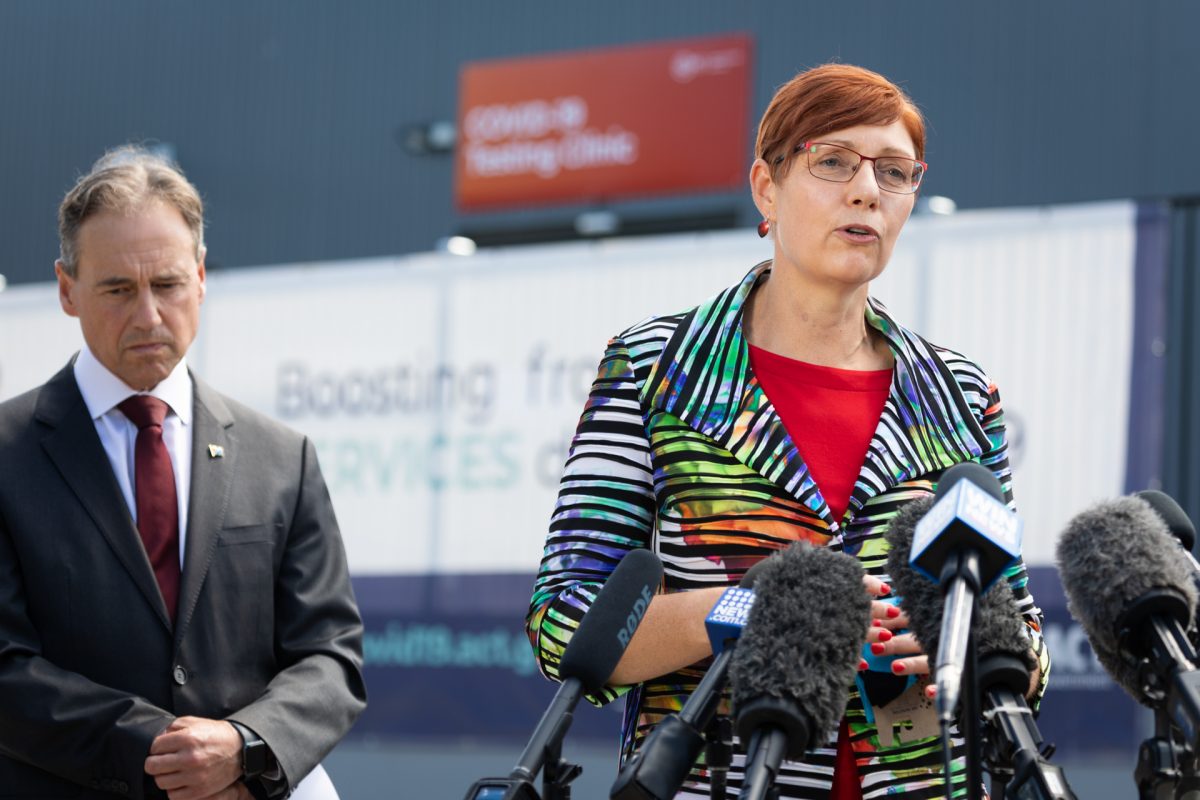 Minister for Health Rachel Stephen-Smith and then-Federal Health Minister Greg Hunt at the first COVID-19 vaccination – which was administered at the Garran clinic. Photo: Michelle Kroll

But no matter how useful the services it has provided the community throughout the pandemic, none of that answers the question of whether the surge centre ever could have been used as it was sold to the public initially – as a temporary emergency department for COVID-19 patients.

And as COVID-19 hospitalisations have soared, it has led some – including the Canberra Liberals – to question whether the centre represents value for money for the taxpayer.

CHS has been forced repeatedly to implore people not to attend emergency departments unless necessary due to long wait times, while Opposition spokesperson for health Leanne Castley has been calling on the government to use the centre to treat emergency patients.

But the government argues that’s not what is needed and the situation is different from what was envisaged in early 2020.

Chief Operating Officer Cathie O’Neill at the hospital told ABC Radio last week the centre didn’t provide particularly good accommodation for seriously ill patients who require overnight care, nor did it have the right facilities to do so.

Many people in hospital with COVID-19 are there for other reasons so they can’t be cared for in a COVID-19 emergency department.

Of those who are in hospital because of COVID-19, CHS says the vast majority are cared for in in-patient wards, not in an emergency department-style ward.

CHS says it was never the intention that the Surge Centre would be used for this purpose. Further, the hospital doesn’t need more acute emergency beds; rather, it needs more staff and for patients to be able to move through the system more quickly.

“The primary cause of pressure in our hospital system at the moment is unplanned staff absences rather than the number of COVID-19 presentations. The hospital system is sourcing casual, locum and agency staff to the greatest extent possible to alleviate shortages,” a hospital spokesman said in a statement.

And that’s a problem that neither the government nor the Opposition can come up with a quick fix for.

The future of the Garran Surge Centre – and the Garran community oval – remains uncertain, although CHS says future decisions will be made based on operational and clinical requirements.

The revelation that the Surge Centre was “never intended for overnight stays” and that “There [aren’t] very good toilet facilities, there’s no bathrooms for patients, that sort of thing” in this ABC report –

indicates that it might have been better than tents, but not nearly as useful as we were led to believe at the time.

Had the full new hospital which we were promised a couple of elections ago, (after ACT Labor initially rubbished the Liberals’ promise of a new hospital, and then back-flipped and told voters that “we can have light rail and a new hospital”) been delivered as promised, the beds and the staff to care for the people in could have been in place when the pandemic hit.

Will the use of the Garran Oval ever be returned to the residents of Garran and the Woden Valley, or was this project just another land grab by the ACT Labor-Greens Government which has deprived locals of a valuable facility.

The Garran Surge Centre was built in record time, during an emergency, when the ACT faced its hospitals being overwhelmed with pandemic patients. The alternative would have been rows of patients dying in a sports hall, as depicted in the film “Contagion”. Fortunately the facility was not needed, but no one knew that at the time. There is no quick fix for the current shortage of medical staff. That requires training more people, paying, and treating, them well.