Where our sporting celebs head for second-hand cars 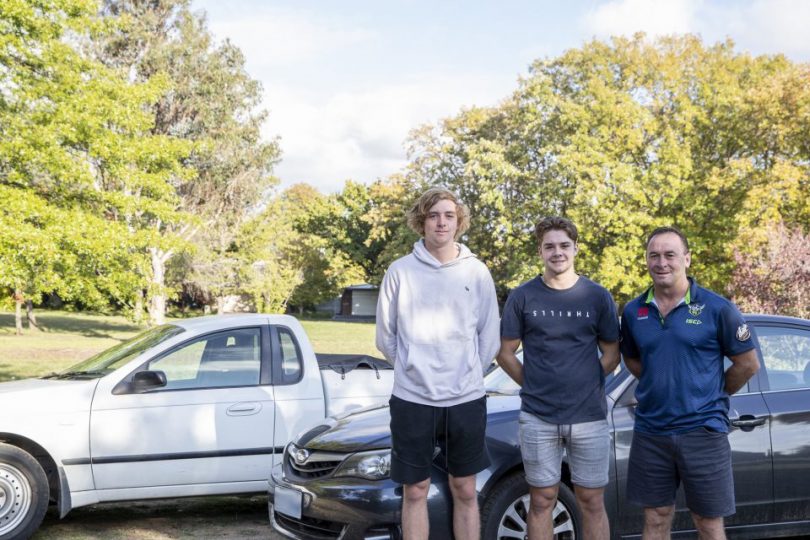 Canberra’s not the easiest place to get around when you need to rely solely on public transport, so for many households a car or two is an essential addition to any family garage.

But when the time comes to get a new one, be it for ourselves or our newly-licensed children, where should we go and what should we buy?

We all know the old adage about buying a brand new car: the minute you drive it out of the shop, it loses 30 per cent of its value. And if you’re buying for P-platers it generally makes more sense to spend a little less so you don’t get as upset when it comes home with a few dings!

Canberra sporting legend Ricky Stuart knows all too well what it’s like to shop for a second-hand car for your kids. He bought both his sons, Jackson and Jed, a second-hand car when they had proven themselves responsible drivers.

Ricky says that he chose ALLBIDS to buy the cars because it’s easy to test them, bid on them, and buy them at a fair price.

“ALLBIDS are great to deal with,” says Ricky. “The cars are really well listed online and you can go out to Fyshwick and grab the keys, start them up, and make sure you’re happy before making your bids.

“The first car we bought from ALLBIDS was a Ford Ute which we got for a great price ($3,500) when Jackson learned to drive. That’s been handed down to our youngest, Jed, and we bought Jackson a great Subaru for just over $10,000.” 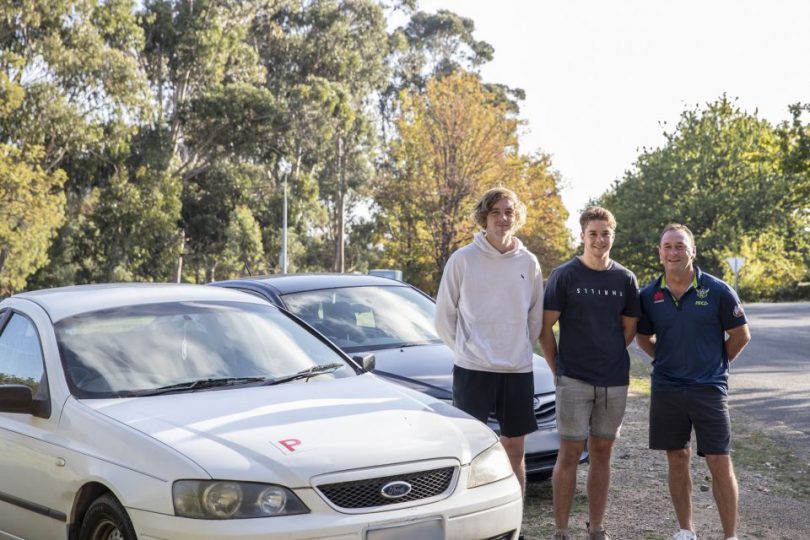 Ricky says buying a second-hand car through ALLBIDS is easy, and the cars have been fantastic.

Ricky also recently bought a third car from ALLBIDS for his daughter Emma. Emma has autism and receives care from the wonderful team at Koomarri.

“The carers needed a car to drive Emma, so we recently bought one for her too,” says Ricky. “I went to ALLBIDS and asked them to help, and they found the right car for us to buy. That makes three cars now, and they’ve just been fantastic.”

Ricky notes that he’s not the first from the Canberra Raiders to buy from ALLBIDS, with other players buying and selling cars through the popular online auction platform as well.

“Over the years quite a few of our players have bought and sold cars through ALLBIDS. A few of the older guys have bought cars as their families expanded or they needed a second car. Or they have simply sold their own cars on ALLBIDS because it’s easier than selling privately and better than trading it in.”

Morgan Evans, General Manager of ALLBIDS, says he’s always thrilled to see cars added and sold via auction on ALLBIDS because it saves people the stress of negotiating private sales or getting taken for a ride with overpriced car yards.

“When you want to buy a second-hand car on ALLBIDS you can come in and see it, sit in it, and even bring a mechanic to check it out with you. But after that, you don’t need to try and haggle your way to the bottom. You simply go home, log in, and bid what you think it’s worth.

“If another bidder tops your bid you can go higher if you like, or bid on another car.”

Morgan says that when it comes to getting rid of an unwanted family car, ALLBIDS manages the entire process for you.

“We test it, take professional photos of it, write it up, put it online, and promote it on your behalf.

“Rather than a car yard telling you what they’re willing to pay, the public can tell you what they’re willing to pay. And if you end up with two people who really like the car, you often get a lot more than you would for it anywhere else while the buyer pays a lot less than they normally would because a car yard hasn’t put their mark-up on it. It’s simply good value all round.”

To learn more about buying or selling a second-hand car through ALLBIDS, visit ALLBIDS cars or call them on 6239 2262.

Are the Allbirds cars ACT cars? Have always been told that buying an inland car is better than a coastal car (no rust from seaspray). Getting an old car rust free from a seaside town is very hard. Always bathed in salty air unless garaged.

Hi Kathy, Great question, More often than not our vehicles are ACT based vehicles, some of which have ACT registration and even ACT roadworthy certificates on occasions. Our staff check each vehicle and write a description outlining any noticeable issues so you can feel more comfortable in your purchase. If you have any questions at all or would like to come and have a look at any of the vehicles please do not hesitate to come see us at 7 Wiluna Street in Fyshwick, or give us a call on 02 6239 2262. Also be sure to check out what vehicles we have in stock at Allbids.com.au as we have new vehicles every week. Regards Allbids team :)

Great review for Allbids. Handy to know for next year, thank you 👍

Chris Hobbs - 33 minutes ago
Time will tell. If they are pragmatic and able to adapt their ideologies to actual plans and policies, it will be an interest... View
David Brown - 3 hours ago
They got disaffected votes from people fed up with both majors. If the Libs can find a moderate leader and develop some sensi... View
HiddenDragon - 3 hours ago
Most of what we've seen from the ACT Greens in the last few terms of government has been fairly standard stuff from the polic... View
Property 37

Capital Retro - 52 minutes ago
One comment on this thread was the Australian Electric Vehicle Associate has given advice to the ACT govt. on its policy that... View
Heavs - 4 hours ago
Five superfluous words in that last sentence. View
JC - 5 hours ago
What policy? Always trying to make a political point. What’s clear is you don’t know much about electronics and electrica... View
News 1

russianafroman - 4 hours ago
Terribly underfunded. Around Gungahlin it's hip height. There should be double or triple the amount of mowers. It's not justi... View
News 32

Michael Hourigan - 12 hours ago
Except that it doesn't Joe View
Lloyd Woodward - 1 day ago
Stop with this boomer thing. Im apparently a Boomer, but think this is a great idea. He is just a sad Panda.... View
News 1

awc73 - 13 hours ago
Imagine if the ACT government could provide 24/7 public access AEDs to all residents and visitors. No need to bang on the doo... View
Property 8

Nick Sifniotis - 14 hours ago
I want this View
News 15

Court Watts - 15 hours ago
Sally Barton Hopefully come March there won’t be any restrictions View
Sally Barton - 16 hours ago
Court Watts - this is good news 😊 View
Nicole Lawler Inveen - 1 day ago
Grace Byrne what a difficult time for you and your family. I hope your little girl gets to meet her baby brother, and that yo... View
Sport 9

Michael Weaver - 16 hours ago
Ack was my go-to for anything in Moruya as a sports journo. Fitting tribute for a great bloke! View
News 10

Tips for buying and selling jewellery at auction

@The_RiotACT @The_RiotACT
Miss the music: the @CBR_Symphony will be back in 2021 with a new team, old favourites and fresh Australian works. Check out the program https://t.co/rdarOqWtAd (2 hours ago)

@The_RiotACT @The_RiotACT
Art deco elegance and century-old charm are back in Kingston with the opening of Queenies Bar and Good Times https://t.co/svCAn3flWd (3 hours ago)

@The_RiotACT @The_RiotACT
The Oaks in Woden is the ideal property precinct for Canberrans to use the Federal Government's HomeBuilder grant to their advantage https://t.co/70jE9wSTeR (4 hours ago)