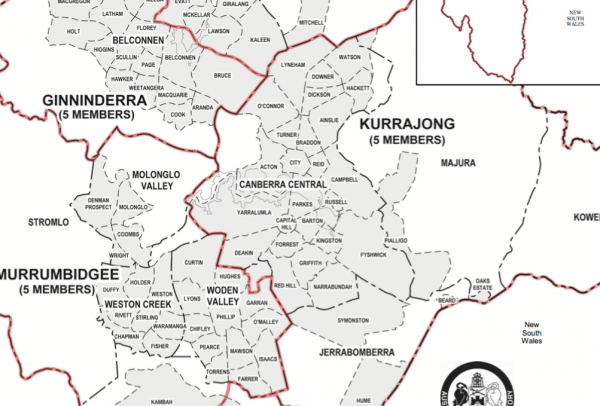 Are you more likely to vote for a candidate if you know they live in your electorate?

Surely they’ll have a better understanding of the issues that affect your suburb if they live nearby?

See which electorate your suburb is in here.

To be fair, in the case of out-of-electorate residents, it may be that the boundaries have changed and their suburb used to be part of one electorate but is now part of another. They may have lived for years in the relevant electorate but had to move out of it recently for work or personal reasons. They may live in a suburb immediately adjacent to the electorate. They may be planning to move to the electorate if elected but not prepared to uproot family on the offchance.

We think voters should know in which electorate their candidates live, and be able to factor that into their voting decision if they believe it is relevant. The information is publicly available via the ACT Electoral Commission, but we have put together a chart to save you doing the research.

We’ve also put together a poll on the issue.

One Response to Which candidates live out-of-electorate?
Filter
Showing only Website comments

This is redolent of the way something like 85 per cent of journalists live in just half a dozen postcodes in Sydney and Melbourne … here we sure have “unrepresentative swill”!

Labor set to object to redrawing of ACT electoral boundaries