Which wallabies can we watch bouncing around Canberra? 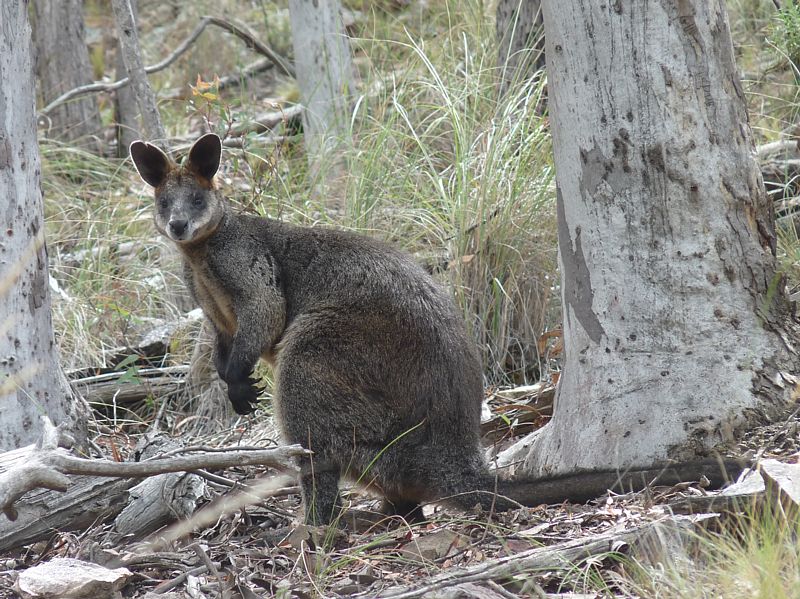 If you’re a football tragic you’re probably mourning because the closest you’re going to come to watching Wallabies at the moment would be replays of the far-off golden days of Australian rugby.

However, and this may be scant comfort to you, there are wallabies bouncing in and around Canberra even as we speak. Two species in fact.

Just to get one common misconception out of the way, there is no meaningful difference between a ‘kangaroo’ and a ‘wallaby’. They just come from different Indigenous languages, and we have opted loosely to use kangaroo for bigger members of the family and wallaby for smaller ones.

However, even locally some male wallabies are bigger than some female eastern grey kangaroos. To further underline the randomness of the usage, red-necked wallabies are much more closely related to the eastern greys than they are to swamp wallabies, the other local wallaby.

And, while we’re on the subject, wallaroo is not some strange hybrid name as is sometimes suggested, but a separate species of robust shaggy hill kangaroo which can be found in the quieter rocky parts of the ACT. Wallaroo is also an Indigenous word. In the eastern ranges (including the ACT), wallaroos have smoky grey fur, but across the rest of Australia, they are reddish-grey and are usually known as Euros.

But enough of that. Both local wallaby species can be seen around the suburban fringes, on several of the Canberra Nature Park hills and in the National Botanic Gardens. They are both more common in the ranges, and are likely to be seen by or on the road on any drive in Namadgi National Park on a quiet day – and won’t it be nice when we can do that again?

Swamp wallaby is a pretty meaningless name by the way, as they have no special affinity for swamps that I’ve ever noticed, but there is a suggestion that it reflects their odour (not that I’ve ever observed that either).

Red-necked wallabies are like a scaled-down version of the local kangaroos, but have a lovely rusty neck and rump and white cheek stripe. They also have an all-pale tail, while in grey kangaroos the tip is black. 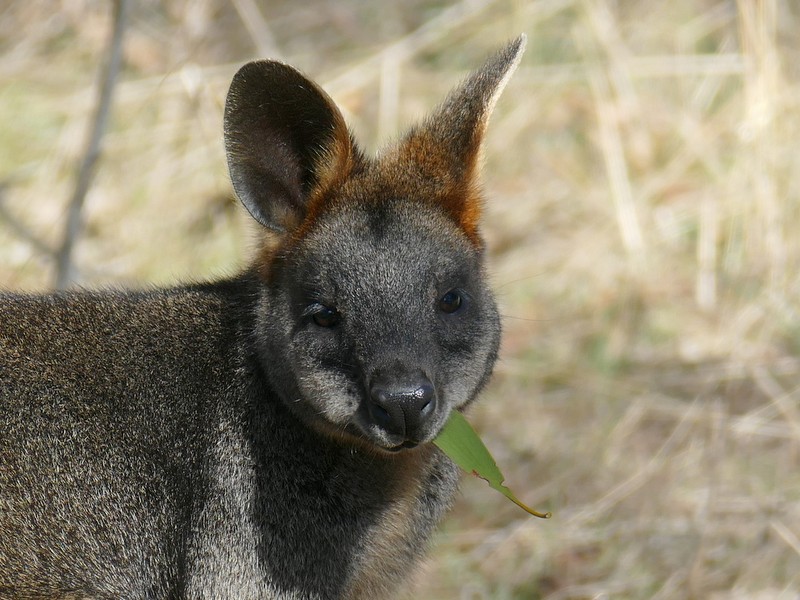 Swamp wallabies (or black-tailed wallabies, or swampies to their friends) look ‘different’, with a small head and ears. They have a strangely hunched shape and they hop along with their head held low and their tail straight out the back, not rocking up and down. They are almost black with chestnut around the ears and tinges of it elsewhere, and an all-black tail.

Eastern grey kangaroos are likely to be in big mobs, while red-necked wallabies will be alone or with a youngster, or occasionally small family groups. Swampies are nearly always solitary.

Red-necked wallabies have been introduced successfully (albeit somewhat mystifyingly) to New Zealand’s South Island, and parts of England, Scotland, Ireland and France. In Tasmania, where they are native, they’re known as Bennett’s wallaby. Like kangaroos, they mostly eat grass, while swamp wallabies prefer leaves.

Swampies are tough, too. They commonly munch on bracken, which is fatal to cattle and even snack safely on deadly hemlock, which was widely introduced here. I bet poor Socrates wishes he could have done that.

Interestingly, swampies also dig up and eat underground fungi (‘truffles’), which are important to the ecology of eucalypt forests, and disperse the spores. This is particularly beneficial to the forest in the time after a fire when the trees are relying on the fungal association with the roots to take up soil nutrients most efficiently. 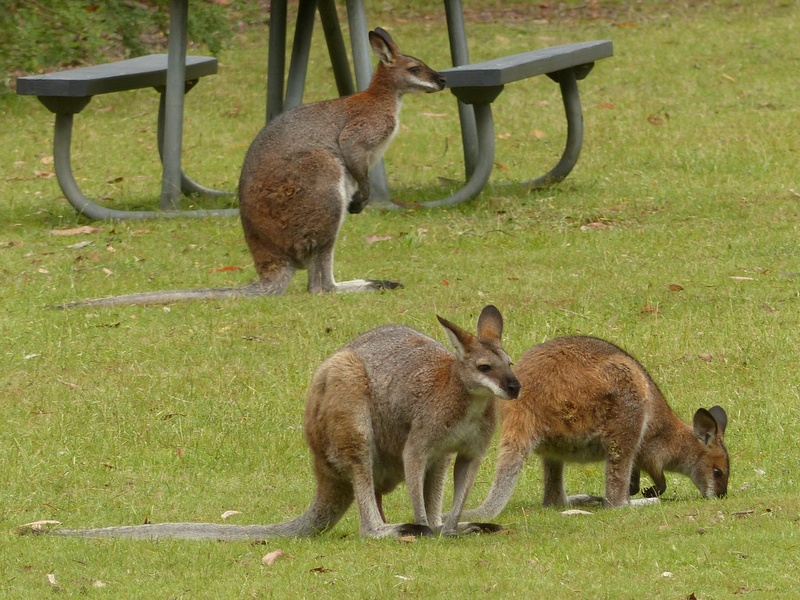 Their different diets are part of the reason that red-necked wallabies, like eastern grey kangaroos, seem to have benefitted from European agriculture, while swamp wallabies haven’t especially done so. On the other hand, red-necks were widely and heavily hunted until the twentieth century, for fur and as ‘pests’, while swamp wallabies, with their ‘swampy’ aroma and coarse fur, were never very attractive to hunters.

So that’s something else you might look out for along the roadside or trackside next time you’re out – even if it’s only a distraction until those other Wallabies are back on the TV again.

Ian Fraser is a Canberra naturalist, conservationist and author. He has written on all aspects of natural history, advised the ACT Government on biodiversity and published multiple guides on the region’s flora and fauna.

One Response to Which wallabies can we watch bouncing around Canberra?
Filter
Showing only Website comments

Great article and so far, no inane Facebook comments.

Can we please have more of this stuff on a regular basis?

Kimberley Lloyd - 4 minutes ago
This is the story everywhere. Have you actually had a look at houses for sale at the moment. Do you have a look at the unimpr... View
SJ Killer - 7 hours ago
Luke Ashe those articles are totally non-related, different areas, different dates, different contexts, click bait, and one i... View
Kriso Hadskini - 8 hours ago
Speculators are buying property that should be for families. And if you are obscenely wealthy why would'nt you? 10% a year in... View
News 4

Tegan Gilchrist - 5 hours ago
Amy LD and the clothes!!! Swapped out all out white sheets for greys. Blazer ruined. I now fill up bottles of water from my p... View
Property 20

Jeffrey Brown - 16 hours ago
Ahhhh those were the days. Standing in the queue and watching the odd brawl of dudes trying to prove their worth. Was normal... View
Lifestyle 8

Brian Myerson - 20 hours ago
Your article does not mention that every person in Canberra should be extremely proud that almost every year they achieve one... View
show more show less
*Results are based on activity within last 7 days

@The_RiotACT @The_RiotACT
Hot in the City: Al Manoosh is serving up a Lebanese breakfast spread in Mawson https://t.co/NbUW7gTjh2 (10 hours ago)

@The_RiotACT @The_RiotACT
Canberra's Aspen Medical is managing the complex quarantine project for over 1000 players and support staff at the Australian Open https://t.co/2g9k9PDi8r (11 hours ago)