Who killed Irma? 15th Anniversary of the Murder of Irma Palasics

Yesterday (Thursday, November 6) marked 15 years since grandmother, Irma Palasics, was brutally murdered in her home in McKellar with police releasing further information they hope will assist in the cold case investigation.

Police have issued an image depicting a Reebok shoe believed to have been worn by one of the offenders involved in the murder of Irma Palasics in Grover Crescent, McKellar on Saturday November 6 1999. 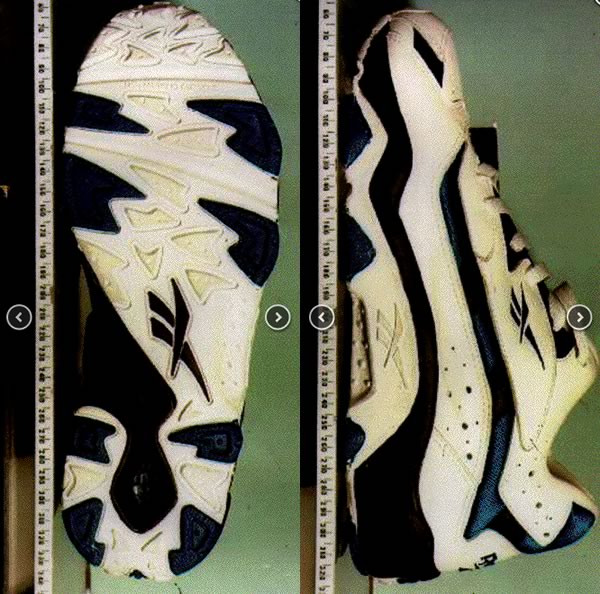 About 9.30pm that night two unknown male offenders forced their way into the home of elderly couple, Gregor (aged 73 years) and Irma Palasics (aged 72 years) in Grover Crescent, McKellar. Mr and Mrs Palasics were bound and savagely beaten before the men ransacked their home, stealing cash and jewelry.

Police also want to hear from anyone with information as to the vehicle they believe was used by one of the offenders in the aggravated burglary of the Palasics previous residence in Red Hill on 10 October 1998.

A witness later told Police that he observed a person, who Police believe to be one of the offenders, get into the vehicle parked on Quiros Street, Red Hill and depart the area. This vehicle was described as a small 1980’s light blue or silver coloured sedan, which had a loud muffler, possible faulty headlight and ACT registration plates.

Two male offenders were disturbed by Irma in the process of the aggravated burglary. A struggle ensued between Irma and one of the offenders, during which Irma was assaulted. Irma managed to pull the balaclava from the head of one offender before both men escaped via an adjoining laneway.

Officer in charge of the investigation, Detective Senior Constable Jarryd Dunbar, has urged anyone with information, no matter how small or seemingly insignificant, to come forward and provide that information to Police.

“It’s possible that someone out in the area of Pelsart Street Red Hill on 10 October 1998, or Grover Crescent McKellar on 6 November 1999 may have seen or heard something suspicious that, at the time, seemed unusual or insignificant. We would like people to cast their minds back to this time and contact us with any information they believe may assist us in bringing this investigation to a close”.

“A $500,000 reward remains in place for information leading to a successful prosecution. If there are people out there that are concerned for their safety, there are provisions available to protect your identity. This reward won’t be around forever.

“It may be the final piece of the puzzle. Cold cases by their very nature are difficult to solve, we really need the public to assist us in developing new investigative leads and bringing other enquiries to resolution. We have the physical evidence (DNA) from the crime scene, however it can only take us so far at this point. There are people out there that can end this right now by picking up the phone or walking into a Police Station and telling us who killed Irma”

Detective Senior Constable Jarryd Dunbar added “This case will not be closed until the offenders are identified and brought before the court.”

“We still believe that someone in Canberra knows the identity of those responsible or have suspicions about their involvement. I strongly urge these people, and anyone who may have any information relating to the murder of Irma to contact Crime Stoppers.”

Information can be provided anonymously by simply contacting Crime Stoppers on 1800 333000, or via www.act.crimestoppers.com.au.

Indemnity from prosecution will be considered for any accomplice who first gives information.