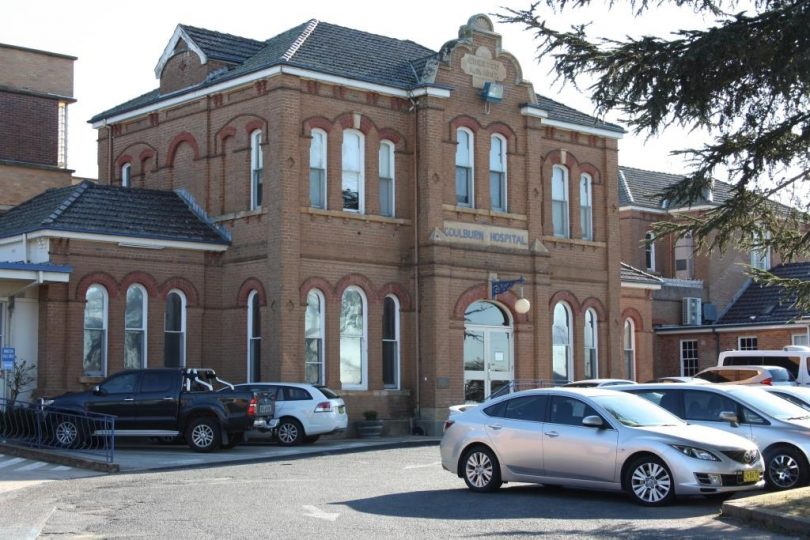 Construction on the redeveloped Goulburn Base Hospital is expected to start in the second half of 2018.

Controversy has dogged the redevelopment of Goulburn Base Hospital, mirroring rural community concerns when it comes to healthcare services – and for good reason.

In Griffith, the Murrumbidgee Local Health District reversed its decision to withdraw pathology services from the hospital after it faced a barrage of community complaints. In Bega, despite a $187 million state of the art new hospital largely funded under the Australian Government’s Health and Hospitals Fund, the Australian Medical Association (AMA) is concerned patient need is not being met due to staff shortages, reflecting “cracks in the NSW Health system”.

In Goulburn, the community is taking no prisoners when it comes to demanding a partnership with Southern NSW Local Health District and Health Infrastructure NSW on the $120 million hospital redevelopment. The community mobilized after plans were revealed by the NSW Government to partially privatise a redeveloped hospital and a shock announcement the Bourke Street Health Service which delivers adjunct services such as oncology and palliative care, would close.

The community saw both ill-timed announcements as an attempt to rationalise and downgrade its health services. Fast forward around 12 months and the health district is doing better, replacing its CEO and Chair, engaging with a community consultative committee and holding public meetings on the hospital redevelopment.

However, questions still remain, a hangover from the original announcement when the Coalition promised the hospital redevelopment a month before the 2015 NSW election, following up with the detail once its candidate Pru Goward was re-elected.

Chief amongst these questions are why the hospital wasn’t redeveloped on a greenfield site rather than retrofit a brownfield site potentially constraining future expansion, and why as one of the Southern NSW Local Health District’s largest hospitals, and in a region with a projected population increase of 8.2 percent by 2031, was the budget substantially lower than other comparable hospital redevelopments.

Health Infrastructure NSW is standing by the decision to redevelop the hospital on the existing site as “the best way to integrate shared services for health education”. Goulburn Base Hospital is a teaching hospital and co-located with a mental health acute care facility and community health services.

With oncology services eventually being relocated from Bourke Street Health Service to the redeveloped site, accessibility is emerging as an issue. 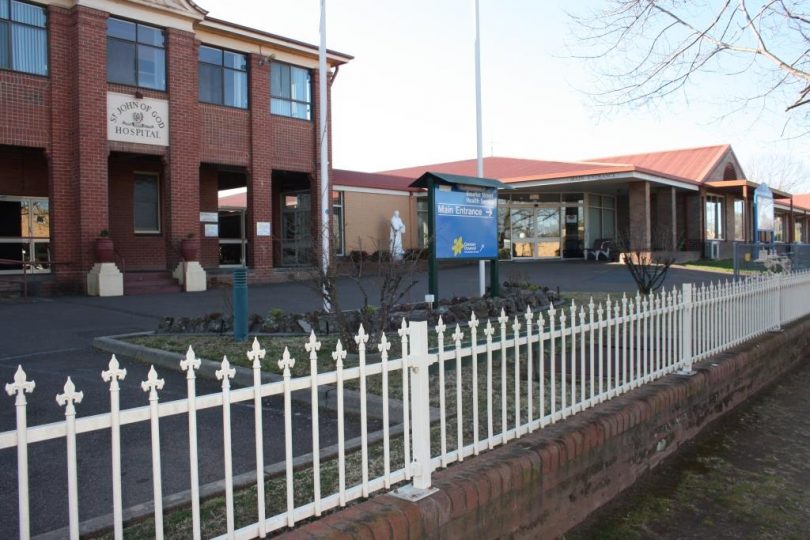 Bourke Street Health Service will eventually close and all services relocated to the new Goulburn Base Hospital.

As for the redevelopment’s budget, factors were considered including the actual scope required for the redevelopment and refurbishment of a brownfield site, changing technology and models of care, clinical services planning and the local health district’s hospital and community facilities.

“There will be no loss of services following the Goulburn Hospital and Health Service Redevelopment,” the Health Infrastructure NSW spokesperson said.

After months of community backlash, it would appear that Goulburn and district residents are getting some of their questions answered. What remains to be seen is how services delivered over two hospital sites, will eventually fit into one site without loss of space, amenity, accessibility, and closure of beds.

In response to a question regarding loss of palliative care beds and ward space, Health Infrastructure maintained “Community-Based Palliative Care Services will continue to be provided…”

While this response doesn’t really answer the question, the devil may well come in the detail in future.

What is clear in the Goulburn hospital redevelopment is the importance rural people place on retaining and building health services. The evidence is there that disparity exists in health outcomes in urban compared with rural areas. The Federal Government has already responded with the establishment of its National Rural Health Commissioner.

While Goulburn and district residents can cross the border to access healthcare in Canberra hospitals, and some would argue put pressure on ACT public hospitals, residents of the Griffith region don’t have that luxury.

Healthcare should never be a privilege dependant on location, any more than it should be decided, perhaps, hastily before a close-fought election in a rural seat. In Goulburn, the community should remain vigilant throughout its hospital redevelopment, and the governments and bureaucracies that serve us, engaged and transparent.

Construction on the Goulburn Base Hospital redevelopment is expected to start in the second half of 2018.

Ol L - 7 minutes ago
This could be placed in the looney bin of ideas if it wasn’t going to result in higher rents. It’s amusing when people sa... View
Lifestyle 8

Dawn Bowra - 23 minutes ago
What an inspiration your journey is. Samantha if you read these comments know that you are enough despite what life throws at... View
Dianne Lowe - 40 minutes ago
She needs to lighten up a bit. View
Jasper Roo - 50 minutes ago
Probably because it’s in the contract she signed with the network. View
Sport 3

Candace Driscoll - 14 hours ago
It is so disgusting. The nurse called it the 'process' when my grandmother was dying. It is torture and you wouldn't do it to... View
Cheryl Thuillier - 14 hours ago
Legalise euthanasia, for peole with terminal diseases. View
show more show less
*Results are based on activity within last 7 days

Opportunities and challenges: it’s all in the mix for new MP for Goulburn

@The_RiotACT @The_RiotACT
Canberra's Kirrah Amosa has taken a big step towards her 'Usher moment' as a standby for three roles in the powerful Australian premiere of the musical Hamilton https://t.co/bSmDqncgXV (12 hours ago)