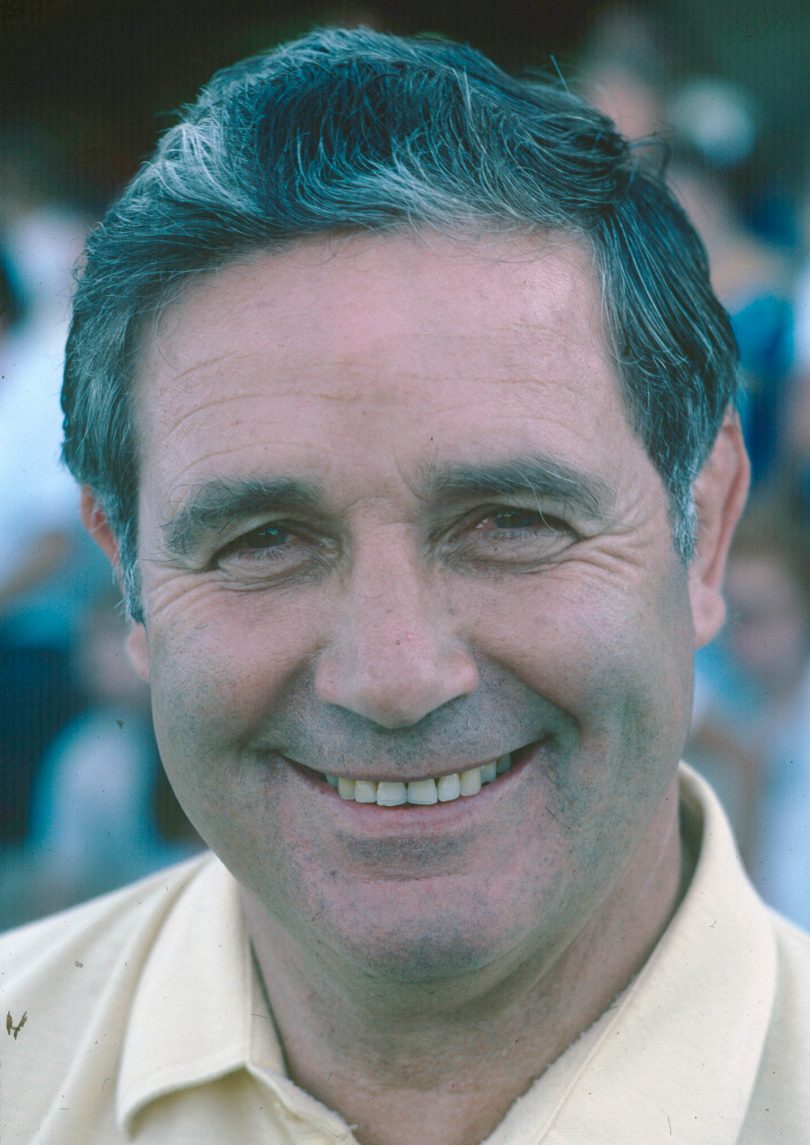 When Don was asked, “How are you going?”, the answer would always be, “Never better”.

His positivity always shone through, and even when he was coaching it was impossible to tell whether his side had won or lost, such was his nature.

Another unique aspect about Don was that he never drank, rarely lost his temper and didn’t swear.

In the dressing room, Don rarely raised his voice and there were no histrionics if his side was losing. The message was always delivered in a calm, tempered way.

Over the years when I would meet up with Don for an interview or just a chat, if he became the subject of the conversation, I found I had to pry stories from him about what he had achieved in his rugby league career.

I remember interviewing him about his recruitment of Laurie Daley as a 16-year-old from Junee. Don had networks everywhere because of his stature in the game as well as his personality. It also helped in the recruitment of Daley that Don had a stint coaching in Junee.

Daley became one of the Raiders’ favourite sons.

His network extended to Queensland (he represented the Sunshine State nine times), putting him in touch with the likes of Belcher, Coyne and the Walters brothers, all of whom became premiership players. And of course, there was the recruitment of Mal Meninga. Locally, Don oversaw the transfer of Ricky Stuart from rugby union to league.

Don’s influence on the Raiders predates the recruitment of these players, though. After playing for Australia and coaching the Roosters to the 1972 NSWRL Grand Final, Don’s coaching journey saw him in charge of the Queanbeyan Blues.

The Blues had an amazing run of 10 premierships in 13 years with Don as coach.

It was the success of the Blues, combined with the drive of Les and John McIntyre, along with Don’s commitment to be the Raiders’ inaugural coach that had a major influence on Canberra’s ultimately successful bid to join the NSWRL in 1982.

Without Don, Les and John, it’s extremely doubtful that the Raiders would be in existence today.

Don’s role in establishing a team made up of a limited number of imports from Sydney clubs and players from the Canberra region can’t be overestimated.

His ability to get the best out of his players is legendary. He did this through a no-nonsense approach and an ability to instil players with self-belief. Self-belief was essential in those early days with many players in the team recruited from the local competition.

One of the players under Don at the Queanbeyan Blues during the premiership-winning run was the flying winger Angel Marina.

Speaking to Angel this week in the wake of Don’s death, he said that Don ran a hard line on discipline, and with Brian Burke coming across from the Blues as the trainer, the players were left in no uncertain terms as to what was required in this much tougher competition.

Angel can’t speak highly enough of Don’s management skills. His ability to nurture players in the transition by providing guidance in those early years in the NSWRL was crucial. It effectively laid the platform for the club’s future.

So optimistic was Don about the potential of the team that he predicted the fledgling club would win a premiership within the first five years.

He was almost right. The Raiders made the Grand Final in 1987 before winning their first premiership in 1989.

Angel says one of his most endearing memories of Don was the pre-match morning or afternoon teas at Don’s house in Cameron Street, Queanbeyan, and team BBQs also at the Furner family home.

It was part of Don’s philosophy that the players needed to spend time away from football together to mould a family unit.

He was a father figure to his players and his positive influence over the playing group in a holistic sense.

The 1987 grand final was his last as coach but his incredible ability to analyse what was happening on the field, as well as his ability to predict what was about to happen, never diminished.

From a personal perspective, I found him to be among the most friendly I have ever encountered, with the ability to immediately put you at ease with a passion for his family, the Raiders and the wider rugby league community.

He was never one to showcase what he had achieved but you knew it was plenty, and for that, the Raiders community will be eternally grateful.