Will the changes bring you back to the Canberra Show? 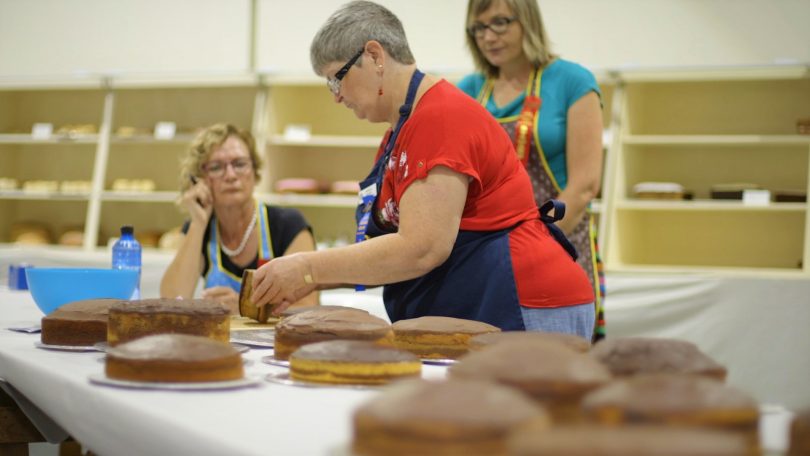 After a tough couple of years in which visitor numbers dropped and complaints about prices and accessibility rose, the Royal Canberra Show is determined that this year will be different. As cakes, cattle and equestrians were judged at the business end on Thursday, Show CEO Athol Chalmers said he’s confident the community will respond positively.

“If the feedback is any barometer it will work well,” he says. “We’ve had a very good response to the price changes and the return of favourites like the woodchopping. I’m as confident as I can be that we’ll get good numbers through the gates and will start to rebuild the show because frankly, it has suffered a bit over the past few years.”

Major changes include the family pricing structure: children under six are free, prices above that have dropped from $18 to $12 with a further 20 per cent off if you buy online, while a family of five can expect to pay $42 if tickets are pre-purchased online.

Parking prices have been halved to $5, of which $3 will be donated to the CWA. If you’ve pre-purchased your tickets that will give you a free ride to the show on ACTION buses and there’s also a charter service operating on Friday and Saturday nights between 6 pm and midnight.

Inside the gates, there’s still a strong emphasis on agricultural production, which Athol says you’ll “see and hear and smell”, but also a new focus on agricultural technology and the return of old favourites like the woodchopping for one day only on Saturday.

Sideshow alley also fits under the “traditional attractions” banner, although Athol says there’s a fine balance in working out what needs to stay and what should evolve.

“People want value for money, and the Show has been too expensive, I’d say that myself,” Athol says. “I think they want the traditional show stuff with some additional things they don’t see at other shows. We’re bringing a new audience in through the multiculural groups who are exhibiting and we’ve significantly upgraded our local wine, beer and food offerings.

“We’ve also engaged local musicians and we’re running our own bars. So, come to the show for the afternoon, instead of going out to dinner, stay at the show with nice food, a bit of music and enjoy the evening.”

While a target for people through the gates has been set, Athol is straightforward about the need to simply meet costs and see if the new model works, before having a full year ahead to bed the changes down for next time. “This has been all a bit rushed and I’ve got a number of changes in my mind that I want to implement but this time, we just want to get through it. I’m learning a lot every day.”

“We want to make people think ‘that was good, I’m coming back to the Show now’, and tell their friends.”

Will you be going to the Canberra Show this year?

I tried to go on Saturday to see the woodchopping but the traffic jam on Northbourne was horrendous! I had to turn around and go home.

Were the buses caught up in this traffic jam? If they haven’t, I would suggest that the northern part of Flemington Rd be blocked off and turned into an exclusive busway for the duration. The buses could then avoid the traffic jam and approach from the north. This could be promoted with the slogan “Beat the traffic jam and get to the show with ease”.

Who knows, the tram will be operating next year and may also be a way of avoiding the traffic jam. TC could sell combined bus/tram tickets to the show and these could also be combined in with Show entry for a one ticket transport/Show entry ticket.

Went today for the first time in about 10 years. $40 family pass was good value. Will be going back next year for sure 👍🏼

Vanessa Behnke I’m with ya

Since I only just realised I could have had discounted tickets of I bought last night, maybe not

We bought a family ticket for $40 (2 adults and 2 kids), and haven't been to the show in the last 10 years. Hoping the price of rides and food isn't jacked up because tickets were cheaper.

Great story Genevieve. We have been overwhelmed with local support to announcements that have been made in response to feedback about the Show. The community said it was too expensive: we have cut ticket prices by 30 per cent, children under six are free and a family pass now includes two adults and ‘three’ children. Parking costs have been halved to $5 with $3 going to support the good work of the Country Women’s Association. Our local community said we want traditional events such as woodchopping and wool back at the Show – and we have responded with a full day of woodchopping and wool back in one of the pavilions. Strong feedback was that there needed to be more local Canberra region involvement and we have responded with Canberra on Show at the Show. Three days and two nights of Canberra acts (over 50 acts) plus local food and wine and community information and goods. There is also innovation and technology for the ‘screenagers’. Drones, robots and 3D will feature at the all day Friday – especially put on for local schools to see that our agricultural industries are first adopters of technolog.y … and much much more. We are also encouraging the community to stay on at the Show in the evenings and have dinner and a drink. There are new outdoor bars with local beers and music … see you at the show. Great story.

Always go to check out the pussy cats.

Jeremiah Beatty? Should we go this year?

Terrible layout, lack of public space to sit, rest, eat, meet, etc. in amongst the stands, overpriced everything, poorly communicated structure and events, very little for young kids to do besides the worlds crampest petting zoo....and yep I’m going.

Luke Sullivan should we go?

Rebecca Dale come Saturday and visit me there 💁🏼

What are you doing there? Would love to but taking our grandson on the Sunday

Chad Wick sure am! On Saturday morning!

Rebecca Dale RFS! Make sure you chuck them a visit Sunday tho!

George Watling - 1 hour ago
A recent OECD review of 300 Urban Planning studies from across the world has demonstrated that increasing the compactness of... View
George Watling - 2 hours ago
This story is not based on evidence or research. Higher density planning policies have been driving up property prices around... View
chewy14 - 5 hours ago
BJ, $2500 in rates is a block value of around $340000, you aren't talking a cheap piece of property. The rates are set based... View
News 1

chewy14 - 4 hours ago
And the m9ney is going to be completely used up in one day. Honestly, this is beyond a joke how incompetent the ACT governmen... View
Community 5