Will we see all-in-brawls at basketball stadiums across Australia? 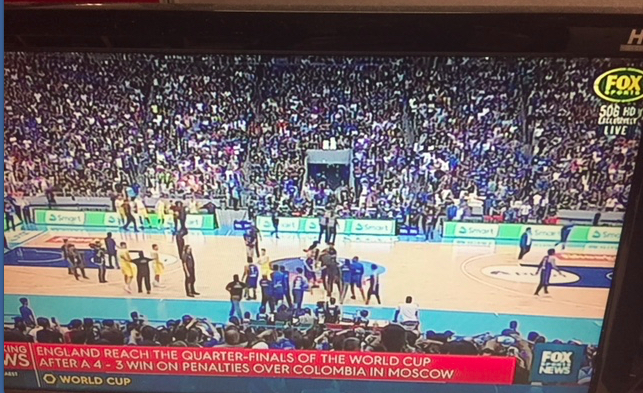 I am predicting there will be a few players this weekend on Canberra soccer fields simulating some of the more dramatic dives during the World Cup, and there may be a raquet thrown here and there with Wimbledon under way, as well as players remonstrating with match officials.

But don’t expect all-in-brawls to break out on ACT basketball courts, just as we didn’t see cricketers with sandpaper in their pockets at pitches across the country.

In the wake of the bench-clearing brawl in the Basketball Asian World Cup qualifier between Australia and the Philippines, many have voiced their concern on social media about the impact it will have on younger players who mimic the actions of their idols.

Sure, it was a terrible look for the game and should never have happened. It was ugly to say the least, with players, officials and the crowd fighting. But it was a one-off and it’s expected the sport’s governing body will come down hard on the offenders, as they did with our cricketers in South Africa.

From my experience young sportspeople tend to copy the actions of those they see on television, but rarely does it go to the extreme as witnessed recently in basketball or ‘sandpaper-gate’ in cricket.

The bigger worry is dissent towards officials and poor sportsmanship from our young players after watching their idols on television. The sight of tennis players undermining the chair umpire or continually disputing line calls; football players chasing the referee after a decision goes against them; or cricketers failing to accept the umpire’s decision, from my point of view this has a far greater impact on grassroots’ sportspeople.

Anybody who suggests kids don’t copy the actions of their idols hasn’t watched much junior sport. I have seen players continue to question decisions made by match officials, which effectively drives referees and umpires out of the sport. I have seen parents create a hostile environment through their actions on the sidelines; I have seen kids yelling to referees to go to the television match official before tries are awarded; I have seen cricketers refusing to leave the crease. There’s nothing wrong about questioning a call, but there’s a polite and respectful way to do this.

What happened with the Australian men’s basketball team and the cricketers in South Africa will have a significant impact on our national psyche. It impacts on the brand of the codes, with sponsors questioning if they want to remain involved and the loyalty of fans tested. Fortunately, the behaviour itself is less likely to be imitated by our grassroots’ sportspeople.