With Canberra in the midst of a building boom, what consideration is given to sporting facilities? 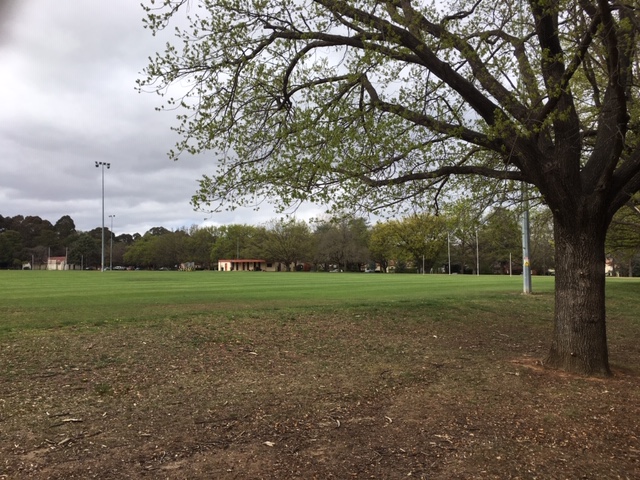 There is no doubt Canberra is in the middle of an unprecedented construction boom.

Everywhere you look there are cranes overhead and medium density apartments going up across the city. There are new suburbs being established, older suburbs such as Campbell undergoing significant change, and inner-city suburbs being totally overhauled.

This will, no doubt, lead to a population growth, the likes of which we haven’t seen before. Many are relishing the change in the pace of the city, which seems to have lifted with the growth in population.

While I am in favour of the change in density, the worry I have is that as construction roars forward, what consideration is being given to sporting facilities?

By sporting facilities, I am talking mainly about sports grounds. Soccer is already at breaking point in terms of available fields.

With the Civic inner suburbs going through major redevelopment, what is being done to accommodate the growth in terms of sporting grounds? For instance, Civic and Campbell are about to have a significant population increase with many apartments under construction.

There is one ground available for recreational sports, and that is Reid Oval.

Northbourne Oval is closed for recreational use although Ainslie Primary School in Braddon is an option for weekend use. There is also pressure on sporting facilities in the Gungahlin precinct with a significant population growth along the route of the light rail.

Then there are the new suburbs next to Stromlo Park. This will add to the pressure on suburbs around Weston Creek because, at first glance, there appears to be not too many fields in the new areas.

The Woden/Phillip town centre is about to go through plenty of redevelopment. Once again, are there enough sporting facilities to cope with the growth? It is not just sports grounds either in this area. What will happen to the ice rink and outdoor swimming pool if a new ice sports facility is built on the shores of Lake Tuggeranong?

Belconnen will be bursting at the seams in a couple of years but I am yet to see a similar growth in sporting facilities.

While in the eyes of some it may not be the biggest issue in the world, and perhaps it isn’t, I foresee problems in the future if these matters are not considered now. If there’s a lack of available sporting facilities to cater for the anticipated growth in population, how will community members engage in sports activities that can help support health, interaction and an active, outdoor lifestyle?

Residents are trying to get Florey oval restored & are looking for sporting clubs to use it as the government has advised this is the best chance we have to achieve this. Which soccer clubs are looking for grounds?

The narrabundah oval next to the primary school has been left unkept for years (under the guise of water restrictions) – no doubt this will disappear to developer’s interests soon.

Great point Tim. As a long time playing member of Cricket and Rugby clubs in Canberra late 70s to 2000s, I noticed the shift in ACT Government support for local sport starting with the Carnell Government and then continuing with ACT Labor since then.

Local sports suddenly had to maintain their own turf cricket pitches and hire out the ovals for training. This added tens of thousands of dollars in cost per season. This outsourced sports from ACT government to the community club sector who used Poker Machines to help fund local and junior sport.

Just another example of the inability of local Labor and Liberal parties to foresee the entire lifecycle of their short term policies.

This will happen again with the move to redevelop land for units and squeeze out sporting fields.

My son lost a number of outdoor ashphalt basketball facilities and football goalposts when Mr Barr closed the Kambah schools and sold off the land for housing.

Its need to be more than just sports needs to be considered. Open spaces are critical for as part of mental health. For those that remember Darling Harbour’s first two decades compared to what it is now. 🙁

Don’t hold your breath about room to park round the pool https://www.canberratimes.com.au/national/act/plans-lodged-for-313-unit-city-hill-complex-20181009-p508mv.html

Kippax Oval might be built on- units and shops….

The Canberra Nippers use the Canberra Olympic Pool to train on a Saturday and Sunday morning during the surf lifesaving season, but can’t expand past two clubs because there are difficulties finding another location in Canberra that is fit for purpose. While there are no immediate plans to develop the stadium at the COP, if/when the government decides to proceed with the development, the Canberra Nippers will not only lose its only training location, but Canberra will also lose an amazing piece of its history and a wonderful space for the community to use.