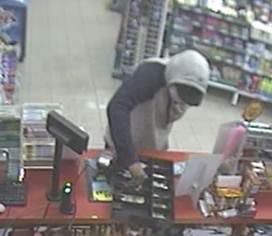 ACT Policing is seeking witnesses to the aggravated robbery of a Service Station in Holt last night (Sunday, June 15).

About 8.30pm, a man entered the Caltex Service Station on Hardwick Crescent, Holt, and approached the counter and demanded cash from a member of staff. When the staff member did not initially comply, the man produced a silver tyre iron and a knife.

The man was described as been Aboriginal/Torres Strait Islander in appearance and of a solid build. He was wearing a grey hooded jumper with black sleeves, a black cap pulled low over his face and blue jeans with converse sneakers.

Police are urging anyone who may have witnessed the incident or may be able to identify the male described to contact Crime Stoppers on 1800 333 000, or via www.act.crimestoppers.com.au. Information can be provided anonymously.

chewy14 - 32 minutes ago
"A responsible and competent government would" Well there's your first problem. They haven't been forthcoming with robust bus... View
michael quirk - 2 hours ago
The government has yet to provide evidence to justify the light rail extension, the viability of which is tenuous given incre... View
News 115

Jay Annabel - 44 minutes ago
Ajay Cee ...... a drastically reduced number in 2020 because of covid lockdowns. View
Ajay Cee - 2 hours ago
Jay Annabel 36 in 2020. View
chewy14 - 3 hours ago
JC, Seeing as I've been the one quoting directly from the national plan, your memory seems a bit fuzzy. And I'm still waiting... View
News 1

Capital Retro - 52 minutes ago
The next step is to equip the ravens with lasers. Death to all drones!... View
Community 6

@The_RiotACT @The_RiotACT
A plastic surgery clinic and medical centres are among new exposure sites, and Calvary has confirmed a fully vaccinated aged-care staff member has tested positive https://t.co/RE8RHLqgTF (28 minutes ago)