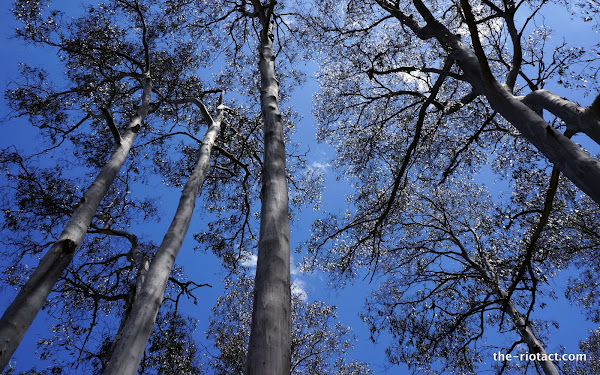 Simon Corbell is rather chuffed by the Federales coughing up for endangered woodlands in the ACT:

Restoration projects for endangered woodlands in the ACT have received a significant boost from an Australian Government grant worth $2.155m Minister for the Environment and Sustainable Development, Simon Corbell, said today.

“The funds from the Commonwealth Biodiversity Fund will be used over the next five years to restore woodlands across an area of 60,000 hectares of nationally significant woodlands in the ACT and nearby NSW,” Mr Corbell said.

“Despite extensive historical clearing across Australia, the ACT still has a third of its original yellow box– red gum grassy woodland, which is a critically endangered ecological community.

“Overall, our remaining woodlands are some of the biggest, most botanically diverse examples of their type in Australia.

Mr Corbell said ecosystems did not stop at the territory border and part of this project would work collaboratively with NSW on land across the border in Greater Goorooyarroo.

Julie Macklin - 32 minutes ago
Jeff Smith Maybe you one of the people who will not drop what they expect in a house/unit (thinking first home buyers here) t... View
Jeff Smith - 1 hour ago
Considering the last house in Narrabundah with roughly a 450sqm block sold for $1.2 million and the last similar size propert... View
Ashley Wright - 3 hours ago
Stas Idowu where do you suggest they get them from? And don’t say ones parked up after the timetable change, because that t... View
Lifestyle 3

Samuel Gordon-Stewart - 1 hour ago
Thankfully Socialist Radio no longer sullies our beautiful national day with its peculiar noises. As such, I hope the people... View
News 44

Ulpu Niemi - 2 hours ago
Tragedy upon tragedy in this battle. 😢 View
Alison Crawley - 4 hours ago
Please consider a donation to this refuge - it will be used for the good of the wildlife. Thankyou. View
Nadia Nardini - 14 hours ago
Heartbreaking 😭😔😔😔 View
Opinion 129

Robert McMahon - 3 hours ago
Good to celebrate a nation that enables its citizens to openly criticise its institutions and national symbols. Many people w... View
JC - 3 hours ago
What about 1st Jan. Celebrate when Australia came into being when the colony became a federation. Nah won’t work that’s a... View
Wayne Weaver - 5 hours ago
You do know that Cook landed in Australia in April 1770 don't you? Just sayin! View
News 11

Chrissto Melba - 15 hours ago
I agree, all feral pests in the National Park should be eradicated. Deer, Horses Pigs, Dogs, Foxes, Cats, Rabbits at least. I... View
Meredith Felkel - 17 hours ago
There is now supposed to be 25000 horses. Which idiot came up with theses ridiculous figures.... View
Meredith Felkel - 17 hours ago
Why do you all blame BRUMBIES. You are so narrow minded. WHST ABOUT PIGS. LOTS UP IN KNP AND Deer. Wake up you silly narrow m... View
News 35

UPDATE 9:00 am, January 24 Moruya is counting the cost this morning of yesterday's fire. Fire activity eased last night as...
News 44

Last year's legislation to make life easier for renters is having unintended consequences, including higher rents and an even tighter rental...
News 44

Half the platypus population at Tidbinbilla Nature Reserve have had to be rescued from their disappearing ponds as the drought takes...
News 35

Plans to demolish the former Woden CIT campus and build a temporary car park on the site to support the SPIRE...
Community 21

@The_RiotACT @The_RiotACT
Scammers target vulnerable farmers desperate for hay after the drought & bushfires by taking deposits for fodder then not delivering https://t.co/iQrTK8oQwa (14 hours ago)