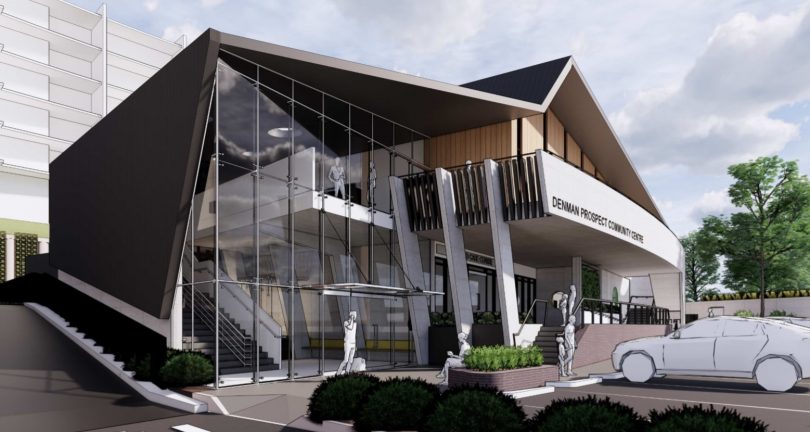 Construction of the Denman Village Community Centre and Childcare in Denman Prospect is underway and the developers have promised it will be occupied immediately.

”This will be the first purpose-built facility that will have community organisations using the space from day one,” he told a sod-turning ceremony on Tuesday attended by local MLA Chris Steel.

The lack of community facilities in the Molonglo Valley has been a sore point for Coombs and Wright residents. A privately run centre in Coombs has hardly been used due to its high fees, and the owner is trying to change the lease in a bid to get more use out of the building.

The successful tenderer for community land in Wright will be required to provide a community hall and to make it available to the community seven days a week from 6:00 am to 10:00 pm.

Mr Byron said the signature building would leave a legacy for current and future residents of Denman Prospect and the broader Molonglo Valley.

Sited next to the Denman Village shops at the heart of the suburb, the Community Centre will be managed and occupied by Communities@Work and the separately leased Denman Village Early Learning Centre will cater for children aged six months to six years. Both operations are scheduled to open their doors in early 2022.

Designed by AMC Architecture for CED, the nearly $4 million two-storey building provides 956.7 square metres of space for the Early Learning Centre, and 1178.6 square metres for the Community Centre.

It is expected that the Community Centre will be able to stay open into the night to host various activities. 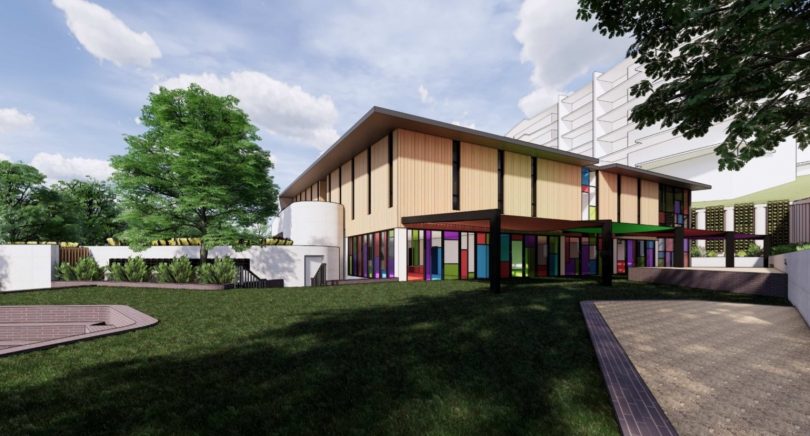 A view of the proposed child care centre.

“This will be a lovely place for members of the community to come together,” Mr Byron said.

“There are views across the Molonglo Valley and the future Denman Village Playground and it will be a modern and comfortable space for residents and community organisations to gather.”

The contemporary building will be in keeping with the existing Denman Village Shops, which was also built by CED and has been trading since January 2019.

The Community Centre foyer will include a glazed gallery offering the opportunity for public exhibitions and displays.

Plans lodged last year show that the building facade will be a mix of concrete, steel and timber and contribute to a visually interesting streetscape along Felstead Vista, broken up by the playful vibrant colours of the child care centre.

Mr Steel congratulated CED for partnering with the ACT Government to deliver a much-needed facility that would achieve a great outcome for the whole community.

Denman Prospect is located between Mount Stromlo and the National Arboretum and is being privately developed by CED, part of the Snow family’s Capital Property Group.