World Cultures in Cake for the 2019 PANDSI cake off 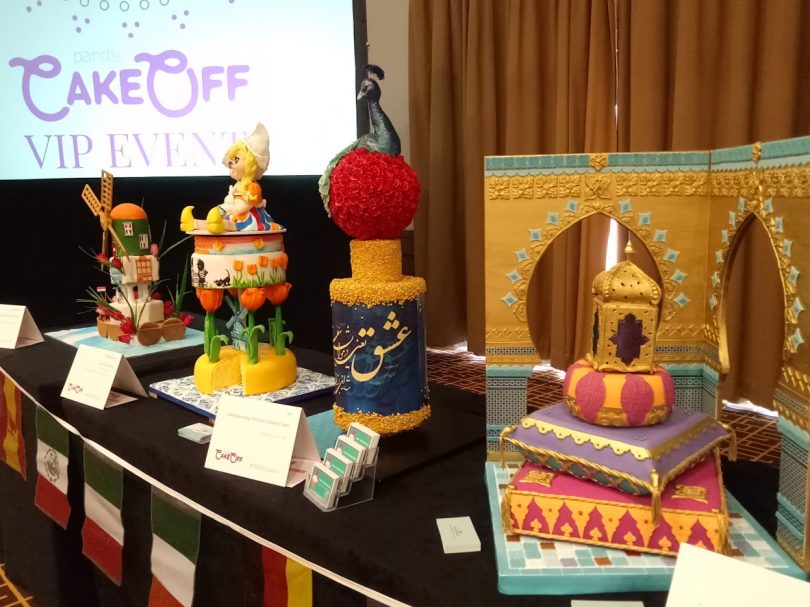 The Hyatt ballroom was jam-packed with cakes on Sunday for the PANDSI cake off in support of Canberra’s Post and Ante Natal Depression Support and Information Group.

Four years ago volunteers baked every cake in the Woman’s Weekly Party Cakes book for a fund-raising event. It was so successful they now run an annual cake off event and the 2019 cakes were better than ever.

This year’s theme was World Cultures in Cake and all corners of the globe were represented. Vikings, Canadian footballers, Japanese dolls and traditional Croatian dancers stood proudly on the cake tables alongside a red British phone booth, Chinese noodle bowls and a Persian carpet.

The cake-decorating standard is outstanding and crowds of Canberrans turned up to marvel at the creations, and to bid to take one home. The cakes sold at a silent auction for between $130 and $700. The cheaper ones are a steal considering the hours and hours of work that goes into them. The Irish dancer’s hair alone took three hours to create in perfect icing curls.

The bakers donate their time to the cake off, as do the organisers.

“It takes many hundreds of volunteer hours to make this event happen,” says PANDSI president Christine Spicer. “But is an important event for us. It is huge for awareness raising which then reduces the stigma and makes it easier to ask for help. We actually increased our requests for assistance after the first year, so of course then we need additional money to help more people.”

Megan Jeremenko is on the PANDSI board and has baked for each of the four cake off events. 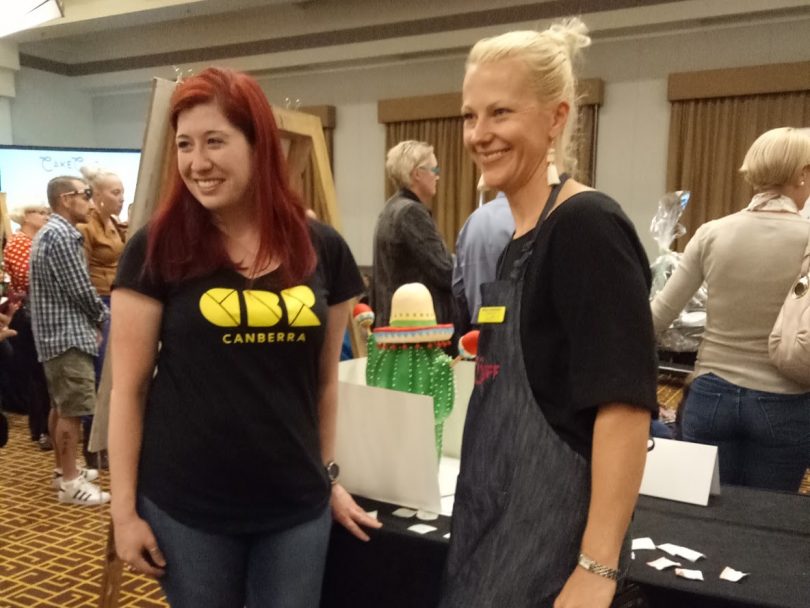 Shane Rattenbury MLA also attended the event in his role as Minister for mental health as the ACT government is the major supporter of PANDSI. “This event is not only great fun, it is important in raising money,” he said. Rattenbury has a genuine appreciation for the hard work involved and even baked a cake for the event in the shape of a windmill from The Netherlands.

The international theme inspired a huge variety of cakes including a working volcano, a Moroccan lamp (with real light inside), a Viking suit of armour and a circle of Croatian dancers spinning around. 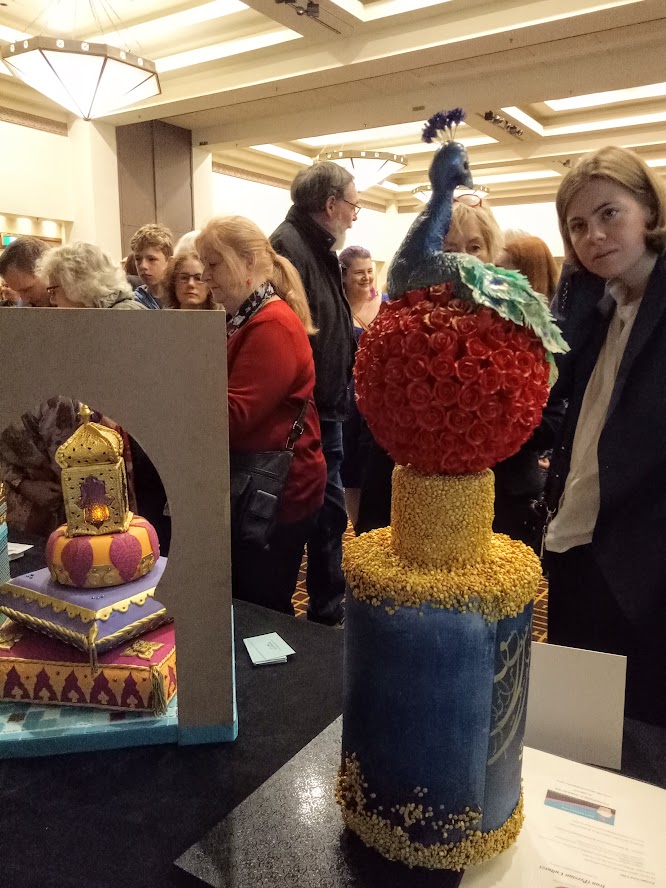 A Moroccan Lantern with real light and an Iranian Peacock. 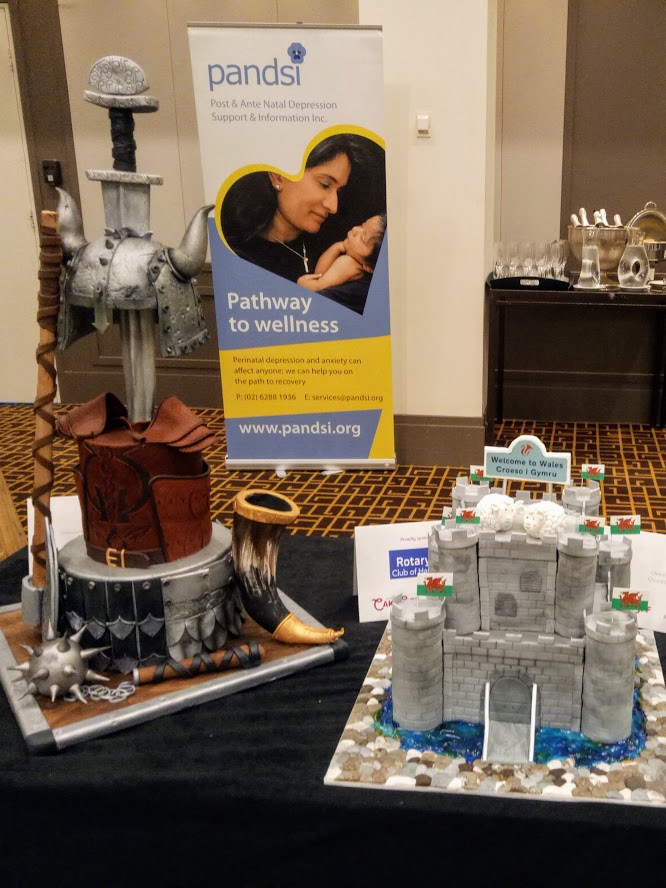 A Swedish Viking armour cake with a Welsh castle.

Baker Christine Allard chose Greece as soon as she heard about the theme, and made a cake surrounded with white columns and topped with silhouettes of Greek dancers. This cake took around 40-50 hours to complete.

The inside of many cakes also gave a nod to the country of choice. The Greek cake included olive oil and lemon in a cranberry and olive oil cake with citrus white chocolate mud cake. The Irish island cake was made using a chocolate stout cake and bambrock (traditional fruit cake). 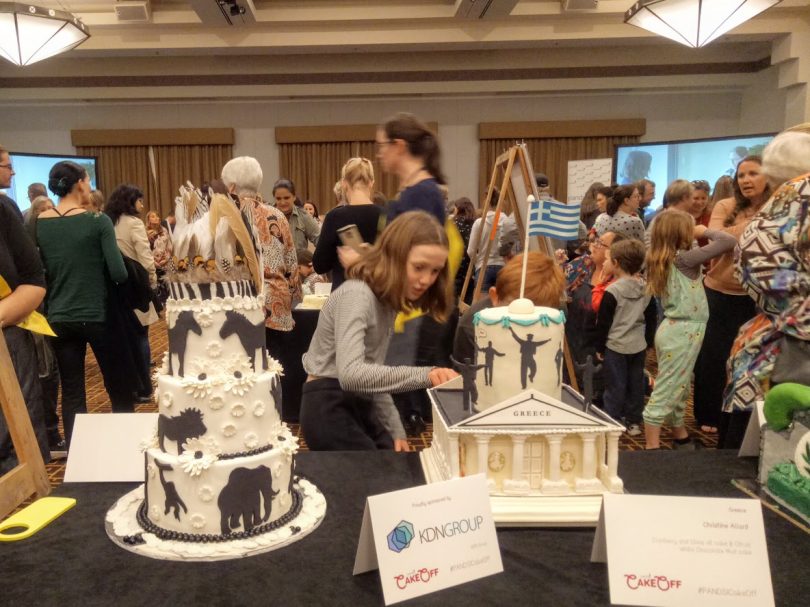 The African and Greek cakes used a black and white colour scheme.

“This is the first cake off for me,” says Dr Yvonne Luxford. “It is amazing the effort people have put into this. But it is such an important cause, and one that resonates with everyone, as one in seven new families experience perinatal issues.”

Donations can still be made by clicking here.

Your helmet was my absolute favourite for the day !!

Lee Newlyn the cake stayed up :)

Thanks Debbie! I hadn't seen the article yet <3

nobody - 23 minutes ago
Yes, it can be a struggle to go from renting to buying, a really large hurdle for many, and still better than renting in the... View
phydeaux - 58 minutes ago
Agree, chewy. Perhaps it is not a warm concern for the availability of rental properties that drives some investors but a fea... View
JS9 - 2 hours ago
In what world should a tenant have to provide a reason to leave? If they break during a fixed term contract they have require... View
News 1

chewy14 - 29 minutes ago
Once again the ACT government has been forced kicking and screaming into doing something they should have always been doing i... View
News 1

Brianna - 30 minutes ago
This is going to be a disaster for so many vulnerable people who live in the city and it's closer surrounds. I know for a fac... View
Business 10

Jaffa Groube - 1 hour ago
The govt has not made a case for lowering the speed in the first place and to do so on major thoroughfares like North borne A... View
jcjordan - 3 hours ago
Given the complete lack of care in the majority of drivers because they know that the likelihood of them being caught speedin... View
Steve Aust - 3 hours ago
Just avoid the CBD. Easy. View
News 41

@The_RiotACT @The_RiotACT
You can hit the shops from Friday with the ACT Government announcing the resumption of retail trade. The outdoor mask mandate will also be dropped from 29 October, along with a host of other changes https://t.co/Th0Bdd4bq3 (55 minutes ago)