Worlds top 100 players to hit the courts in Canberra Challenger 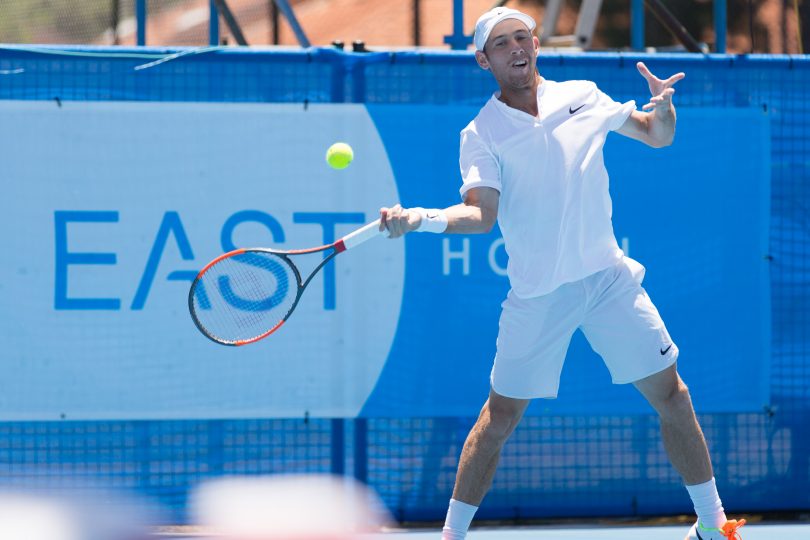 Dudi Sela in action during the singles final on day eight of the East Hotel Canberra Challenger. The match was played at the Canberra Tennis Centre in Lyneham, Canberra, ACT on Saturday 14 January 2017. Photo: Ben Southall.

13 of the world’s top 100 players are set to grace the court in this year’s East Hotel Canberra Challenger, with former top 20 players Andreas Seppi and Florian Mayer headlining the tournament.

The USD$75,000 ATP Challenger event will run at the Canberra Tennis Centre in Lyneham from January the 6th to the 13th.

The defending champion, Dudi Sela, will return to the capital for the third consecutive year and comes into the event as the top seed, currently ranked 67. With 22 Challenger titles to his name, Sela had a fantastic 2017, when he made the third round of Wimbledon, the semifinal of the ATP event in Chennai, and posted three top 30 wins.

Giant killer, Andreas Seppi, who is currently ranked 86, has been ranked as high as 18 and will be playing in Canberra for the first time.

Florian Mayer is a two time Wimbledon quarterfinalist and boasts wins over Rafael Nadal and Andy Murry. Peaking at a career high of 18 in 2011, Mayer holds two ATP titles and is currently ranked 69 in the ATP rankings. 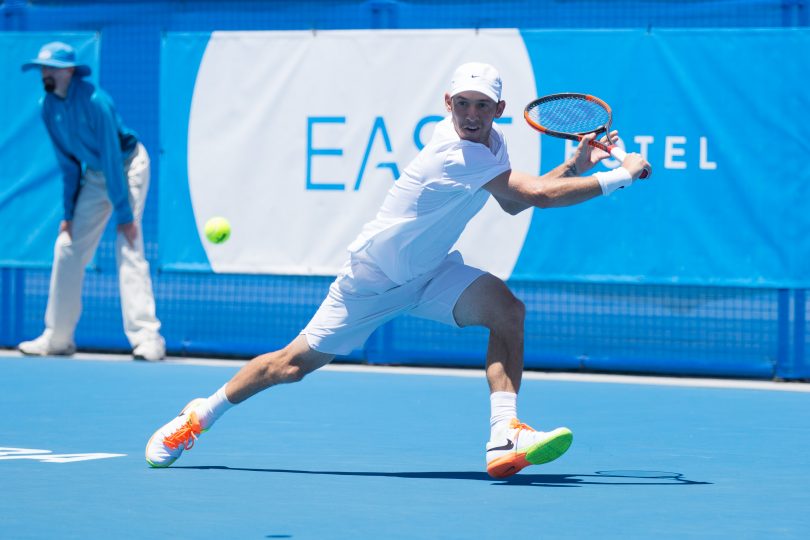 Dudi Sela in action during the singles final on day eight of the East Hotel Canberra Challenger. The match was played at the Canberra Tennis Centre in Lyneham, Canberra, ACT on Saturday 14 January 2017. Photo: Ben Southall.

Tournament Director Kim Kachel said that they were excited about the upcoming event.

“We are thrilled to announce our strongest ever field for the East Hotel Canberra Challenger. Seventeen players in the field will complete their final preparations for Australian Open 2018 by competing here in Canberra.”

“To have former top 20 players and a field of such high calibre is a real coup. We have players here who have posted multiple wins over Nadal, Federer, Murray, Wawrinka, won ATP titles and reached the quarterfinals of Wimbledon.”

“With 13 of the world’s top 100 players and further emerging superstars, the event will provide the Canberra community the opportunity to watch world-class tennis in their own backyard,” Mr Kachel said.

Australia’s hopes a win in Canberra will be led by young guns Omar Jasika and Maverick Banes.

Banes will be looking to build on a strong 2017 which saw him win the Alice Springs Tennis International and reach a career-high ranking of 270.

South Korean rising star Soonwoo Kwon and the up and coming Frenchman Corentin Moutet will be looking to continue their climb up the ATP rankings.

Entry into the Canberra Tennis Centre is free on the 6th until the 12th of January, with entry on finals day by gold coin donation.

East Hotel Canberra Challenger tournament information including draws and order of Play will be posted here when available.