Wrapped in love: The layers of meaning in Canberra's possum skin cloaks 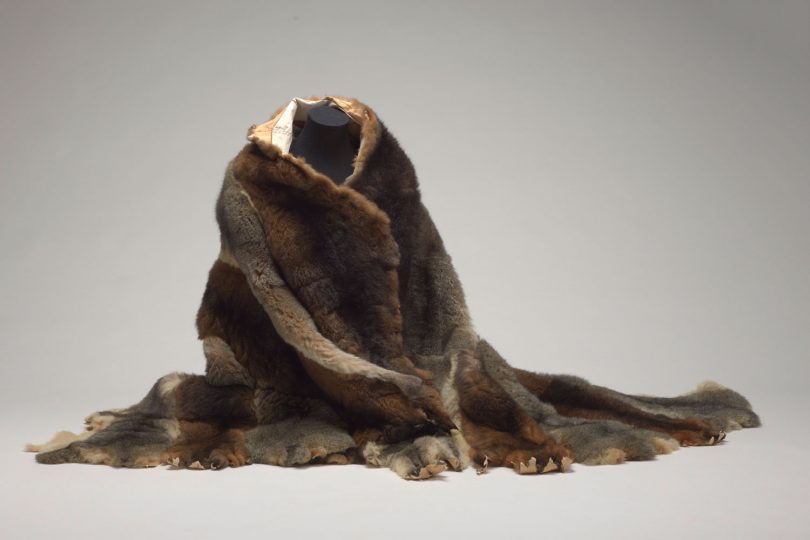 A possum skin cloak that is part of the Australian Institute of Aboriginal and Torres Strait Islander Studies collection. Photo: AIATSIS.

When you were born, what if your family made you a quilt that was just yours and no-one else’s. This quilt would be the wrap for you as a tiny baby, a cover for in your cot, and a familiar article of warmth and security. And as you grew, the quilt would be continually added to, to become a part of your treasured possessions and used continually and solely by you until you died.

Local Aboriginal groups did exactly that, but in a way that was far more significant than a quilt made from cloth.

When an Aboriginal child in southeast Australia was born, a wrap was made especially for them, from a few possum skins lovingly sewn together with kangaroo sinew.

Aboriginal people used only what they needed from the environment and did not waste anything. So when possums were hunted for their meat, the skins would also be removed. They would be scraped clean before being stretched and dried out. Animal fats were rubbed on the pelt to make it soft and pliable. A sharp bone was used to make small holes along the skin edge so the skins could be sewn together.

As a person grew into adulthood, additional skins were added, making the wrap became a versatile covering for cold nights, used as drums in ceremonies, and worn as a warm cloak with the fur inside. Waterproof and practical, the special thing was that everyone had their own unique possum skin cloak.

During the decades, as more skins were added (often up to 70 skins), additional intricate designs and totems were drawn with a sharp bone and washed with red ochre to highlight stories of culture and country, and map the owner’s life journey. 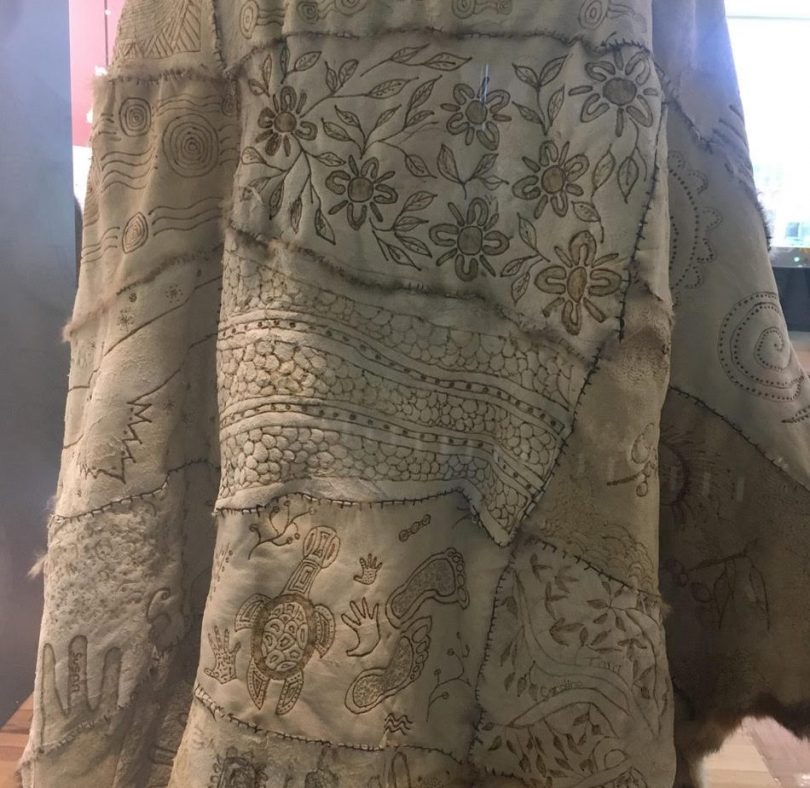 When Europeans came into the area, government-issued woollen blankets were distributed to the local Aboriginal people. A poor alternative to the durable and warm possum skin cloaks, blankets offered little protection from the cold during a time when many Aboriginal people died from colds, influenza and other infectious diseases.

Today, possum skin cloaks are rare, often because after death their owners would be buried, wrapped in their own life story that had begun when those few skins were sewn together at birth.

In Canberra, we can see two recent examples of possum skin cloaks just a stone’s throw from each other at Canberra Museum and Gallery, and the ACT Legislative Assembly.

Made with designs drawn from imagery of the Murrumbidgee River, Brindabella Range, bush tucker, wedge-tailed eagles and brolgas, the cloak displayed at Canberra Museum and Gallery was worn by Aunty Matilda House for the Welcome to Country ceremony at the opening of the 43rd Parliament in 2010.

The other possum skin cloak prominently displayed outside the Chamber of the ACT Legislative Assembly was presented by a group of 16 Ngunnawal women in 2019. It had been 150 years since a traditional possum skin cloak had been made in the area.

The women’s stories have been burned into the cloak, which is a symbol of Reconciliation and respect between the Ngunnawal People, the Legislative Assembly and the ACT community.

A short video of the making of the cloak can also be viewed at the ACT Legislative Assembly.