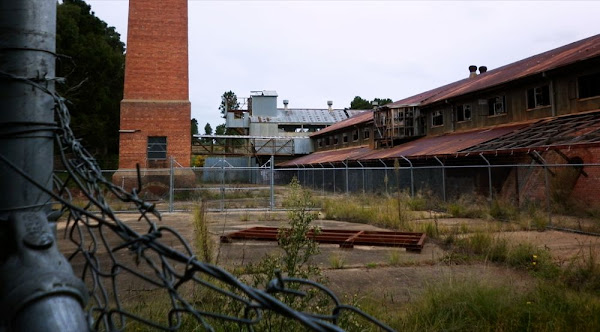 A reader also called John sent in these photographs and a note:

Some images of the old brickworks in yarralumla that I took a couple months ago and only recently found again.

Got an image of Canberra you want to share with the world? Email it in to images@the-riotact.com. 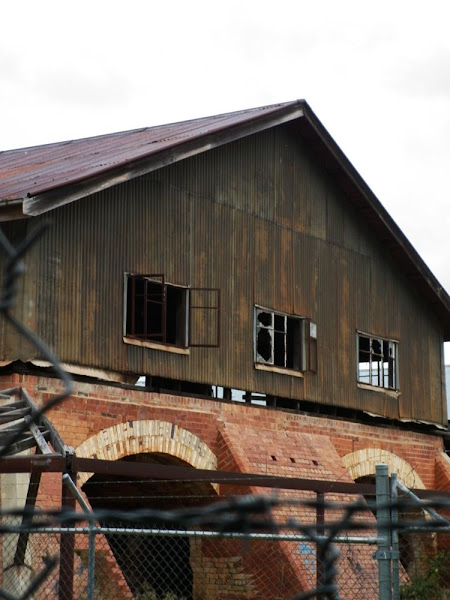 “With all due respect John, I am the head of IT and I have it on good authority that if you type “Google” into Google, you can break the Internet. So please, no one try it, even for a joke.” IT Crowd

Everything you (n)ever want to know about the planning process here: http://www.lda.act.gov.au/?/canberra_brickworks/

Hey, maybe it’s got good acoustics… or could be big enough for some printing equipment! 🙂

I believe there are plans afoot to develop the site … unfortunately it is likely to become another overpriced, grey townhouse and McMansion ghetto – because we have’t got enough of those already!

Basically the price of having the brickworks fixed will be develop the land surrounding the brickworks into residential, with money generated from property sales to be used to fix the deteriorating heritage buildings.

I’m sure there are better ways to do this but lets not forget this is Developer Town. Anyone who dares question the logic of developers and their mates in govt gets mysteriously disappeared. Well, their views get disappeared anyway, but who knows how far it goes … ?

“Industrial decay is such a fascinating thing in its own haunting way.” Yes. Great pics.

Heehee! Not going to dwell on that question.

Wasn’t there was a discussion paper not that long ago. I think the choices were spend lots to do something great with it, spend something to do something with it, or spend the minimum to make it safe and preserve it for further decisions in the future?
There have been plans and suggestions for a long time, things like a shopping/arts’n’crafts precinct and townhouses. I remember going to an open day in maybe the 70’s. Always thought it’s a shame nothing’s been done. Why not move Megalo there instead of the Fitters Workshop, and what about the people who used MacGregor Hall, where have they gone and could such a facility suit them, and there must be others? So much potential IMO.

Disrepair, hazards (structural, materials and probably geological), heritage, environment, no funds, NIMBY’s – to name a few obstacles – and now I think the Feds might be involved as I think I read somewhere of talk to use part of the site for embassies. We probably have more chance of light rail all over town before anything happens to that site. Let’s just hope it doesn’t take as long as High Speed Rail.

We use that as our foundation and build on that.

Jeanne Mclauchlan - 25 minutes ago
Vanessa Schultz Hi Vanessa, it is very sad time for all, regards Jeanne View
Illyria Tyers - 5 hours ago
That's very young ... #RIP.... View
Vanessa Schultz - 12 hours ago
Too young, and always a happy football mad kid, I grew up across the road in Hopetoun Circuit Yarralumla from the McInnes RIP View
News 39

Spiral - 5 hours ago
"He was convicted of mishandling classified information that potentially revealed the identities of agents". I agree his puni... View
Acton - 6 hours ago
This is not the first time defence personnel have been caught mishandling classified material, but the harsh circumstances of... View
Spiral - 6 hours ago
"“J” has well-grounded fears that he might be targeted by foreign intelligence agencies" That certainly sounds like he ha... View
News 27

@The_RiotACT @The_RiotACT
The Greens & the Shooters, Fishers and Farmers Party have both announced candidates for Eden-Monaro as the race heats up. And with just over a month until the by-election, how will COVID-19 affect what could well be a tight race? Genevieve Jacobs has more https://t.co/HBSmZSAw63 (59 minutes ago)