Yass Magpies soar into a century of rugby league 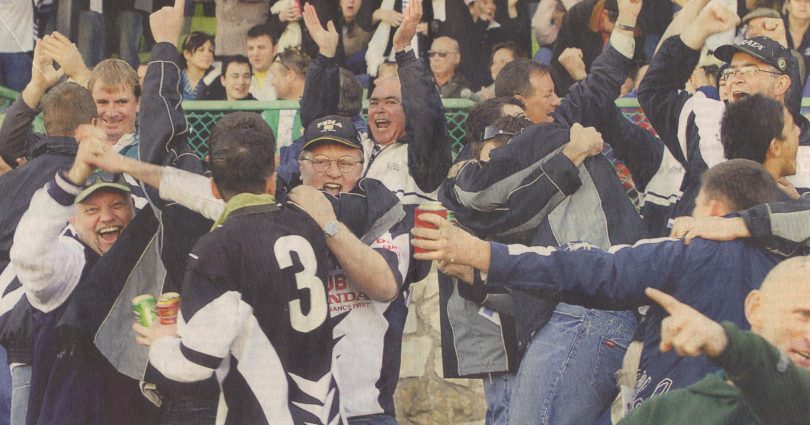 When a sea of black and white swamped Queanbeyan’s Seiffert Oval on that exhilarating Sunday in September 2006, Matt Ford could see a plan taking shape.

Assistant coach to Owen Gregory the year before, Ford previously coached the Raiders junior grades, Erindale and Dickson college teams and ACT schoolboys’ sides. This was his first crack as a senior coach in a grand-final.

Now the senior Raiders’ football manager, Ford says a hard-working Yass committee had built the groundwork for a premiership for years. “The mindset I had in 2006, coming from a small country town, (Temora) the whole community needed to embrace the team,” Ford says. “To do that we had to get as many locals playing in first grade as possible, rather than buying imports.”

“We built good momentum at the back end of the season, we had a good dynamic in the team. Everyone knew their role, no one tried to do anything over and above that role,” Ford says. Yet that’s exactly what the team did – soar beyond expectations by thumping the Blues 44-18.

The win, and more club highlights will be revived when Yass celebrates 100 years of rugby league, the first in the Canberra district to do so, on July 27.

In 1975, I played in the under -18 Yass Magpies side when our coach Punchy Waters declared: “We’re going to learn how to pull the scissors.” 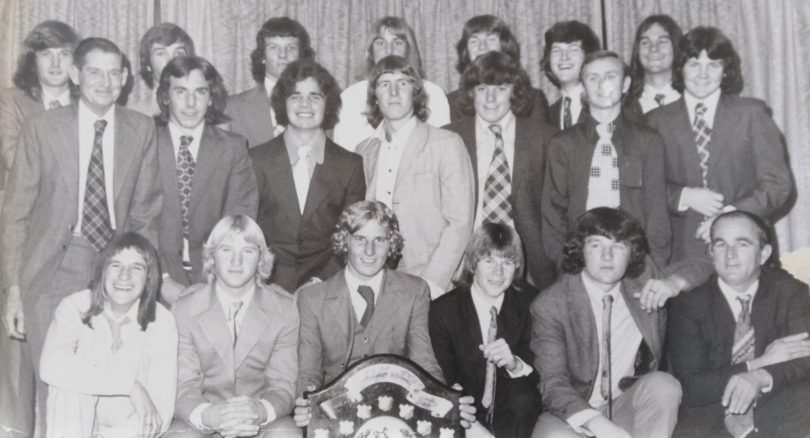 This had nothing to do with cutting our hair, even though the black-and-white photograph shows we all needed a haircut. No, the scissors Punchy was proposing was all about wrong-footing an opposition. In September that year, our backline pulled the scissors gracefully on our way to downing Queanbeyan Blues and winning the premiership.

Yass Magpies historian Ross Luff points out Punchy many years earlier as a ball boy for the club’s first premiership team in 1939, coached by Bill Maizey. 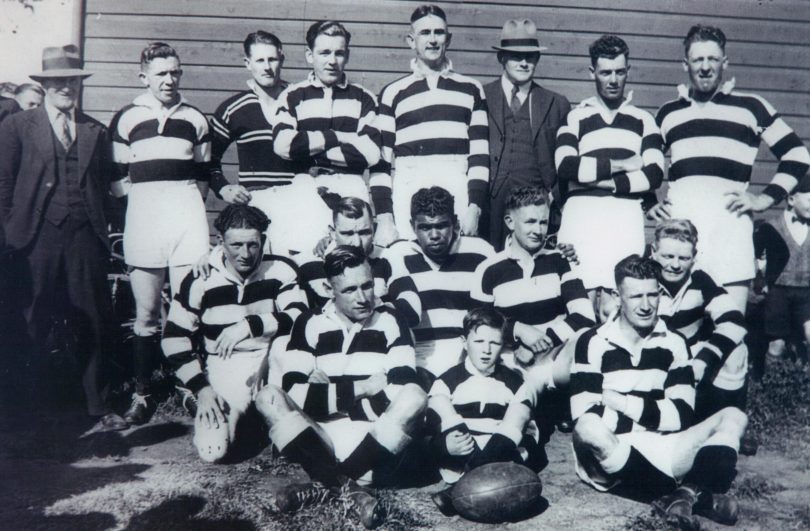 Maizey hailed from Balmain, where he had been sent off for breaking a bloke’s jaw. Suspended for three years, Maizey was charged by police, and defended by Doc Evatt who later became long-time leader of the Australian Labor Party in Opposition.

The 1939 team’s selector Ted Waters had five sons – Kevin (Punchy), Ronny, Johnny, Ray and Danny who all played for Yass.

Luff recounts these highlights in his book, Tales from the Nest – 100 years of Yass Rugby League, which will be launched at the reunion.

A former secretary and media correspondent for the club, Luff conceived the book over a drink or two at the Aussie Hotel, while yarning to Bobby Moore, a centre from four premiership winning teams, who recounted playing in the 1940s and 1950s.

He began gathering scrapbooks and records, discovering the club’s inaugural year was 1919, not 1920 as most people believed. He unearthed the story of tough front rower Colin York, who played for Yass from 1922. York worked at the gasworks, and later as a grader driver for the then Department of Main Roads, but it was oppositions that he bulldozed into the dirt, so that by 25 he was packing down for Australia in front of 40,000 fans against the Old Enemy Great Britain.

Another famous family sure to attend the reunion will be brothers Doug, John (Mick) and twins, Rob (Smiley) and Rodney McGregor, who live in Canberra. Rod became one of ‘Bath’s Babes’, winning a premiership with St George under Harry Bath in 1977. A fearless tackler, McGregor played for NSW, returned to Yass for three years as captain-coach, and then Lakes United, Canberra.

Luff tracked another dynasty which began with Leo Vitler in 1919. Leo’s sons Paul (Nugget), Greg (Eggy), David, (Derby) and Peter (Sluggo) played for Yass. Nugget’s son Anthony played, and his son, Jordan is in the Yass juniors. Luff reckons he will be a first grader within 12 months.

A reunion highlight will be effervescent guest speaker Brian O’Conner, a premiership winner from the 1950s.

Julie Nimmo - 54 minutes ago
I met Sue often. Always gracious and dignified. So very saddened when I heard that a 4x4 had killed her on the Com Av Bridge.... View
Louise Roberts - 4 hours ago
Sue was my daughters primary school teacher. My daughters favorite ever teacher. We still talk about today. Well deserved Sue... View
News 229