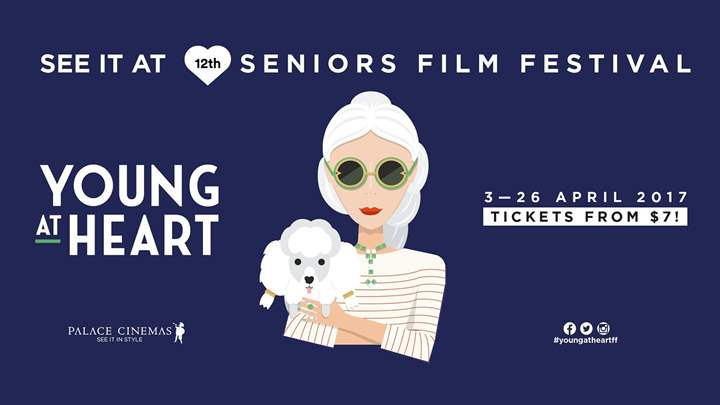 In what will be the twelfth edition of the festival nationally, the Young At Heart Seniors Film Festival returns to Canberra’s Palace Electric Cinemas tomorrow. For one week, the programming will cater in its content and session times to our elder folk – three screenings a day between the hours of 10am and 5pm, Monday through Sunday – which is perfect for retirees with that bit of extra time to hopefully put their feet up, lean back and enjoy some quality features, both old and new. Furthermore, Palace Cinemas will celebrate the occasion with a special offer you can literally sink your teeth into: Devonshire Tea. Throughout the festival, enjoy a fluffy scone with jam and cream, accompanied by a T2 tea or Lavazza coffee.

Documentary Looking For Infinity: El Camino, candidly explores the motivations of memory-makers, experience-enthusiasts and personal pilgrims on this world-famous route through north-western Spain. Those yearning for a bit of nostalgia will also be able to revisit three classics: The Tales of Hoffman, The Lion in Winter and the British Film Institute’s number one film of the twentieth century – Carol Reed’s The Third Man, starring Orson Welles.

The festival is open to the public and all films will screen twice throughout the week of festival, not including Their Finest, The Tales Of Hoffman and The Lion In Winter which will each screen only once.

The festival runs from Monday April 3 – Sunday April 9 in Canberra. The 2017 festival also takes in Sydney, Melbourne, and Brisbane, making its historic debut in Adelaide.

You can pick up a free festival booklet at Palace Electric Cinemas in New Acton.

For the full schedule and more information visit: http://www.palacecinemas.com.au/festivals/young-heart-film-festival-canberra/

Julie Macklin - 5 minutes ago
Carole Ford Not many people cycle for sport. Most people use it for transport. View
Mark Johnson - 7 hours ago
If it’s not licenced what’s it doing on a roadway anyway … View
Julie Macklin - 11 hours ago
Alicia Conley The ACT has no cycle paths. They are shared paths. Yes, those around the lake were built with people on bikes i... View
News 20

Mark J Avery - 38 minutes ago
Try working next door to this dumping ground!! View
Roger Kropman - 4 hours ago
This is a disgrace but it reinforces the point that rubbish dumps / tips should be free to dump your trash, otherwise idiots... View
Nick Savino - 9 hours ago
CCTV and fine View
News 14

@The_RiotACT @The_RiotACT
Snapper at the Canberra Southern Cross Yacht Club is getting a makeover. Check out the plans https://t.co/Ul1f9X7YUR (36 minutes ago)