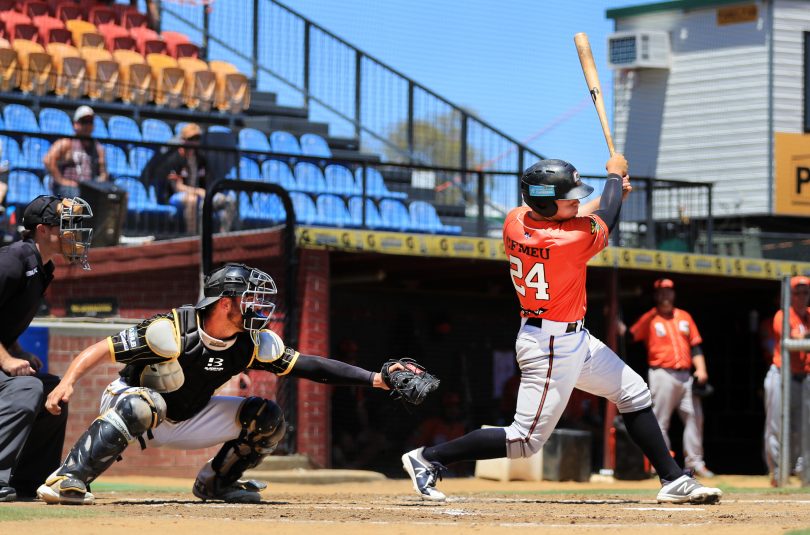 The dust had barely settled on the Canberra Cavalry’s heartbreaking end to the season when the Cavs’ recruiting committee led by manager Keith Ward sat down to discuss their roster for next season.

The Cavalry’s roster for the past season was intimidating, filled with Yokohama DeNA BayStars players, a former MLB player, Japanese and Australian international representatives and Cavalry legends.

The recruiting team wanted to negotiate with their overseas stars before they left Australian shores and one name that the club was desperate to re-sign for next season was Zach Wilson.

A day after the agonizing loss to the Brisbane Bandits in the semi-final playoffs, Wilson started negotiations with the Cavalry and put pen to paper on Monday afternoon (4 February), signing a one-year extension that will see him return to MIT Ballpark for the ABL 2019-20 season.

The 28-year-old was one of the standout performers throughout the season, finishing with 12 home runs and hitting with an average of .331.

Wilson said it was an easy decision to head back to the Fort for the next ABL season.

“My partner and I had a great time in Canberra so I was happy when the Cavalry offered me the deal,” he said. “We both wanted to stay so we are happy we got what we wanted.

“It is nice to have an organisation that makes you feel so at home, especially in a time of year that has the holidays that you would normally spend with your family. We felt really welcome in Canberra so we are looking forward to coming back.”

Wilson said the disappointing end to the season had left him with a fire in his belly to return to Canberra and win the Claxton Shield.

“In every season, the goal is to win a championship so it is disappointing to lose in the semi-finals playoff,” he shared. “We gave it our all but we fell short but I am already looking forward to next season.”

The former New York Yankee draftee will head back to his home country for a month before heading to Europe for a season in the Czech Republic baseball league. 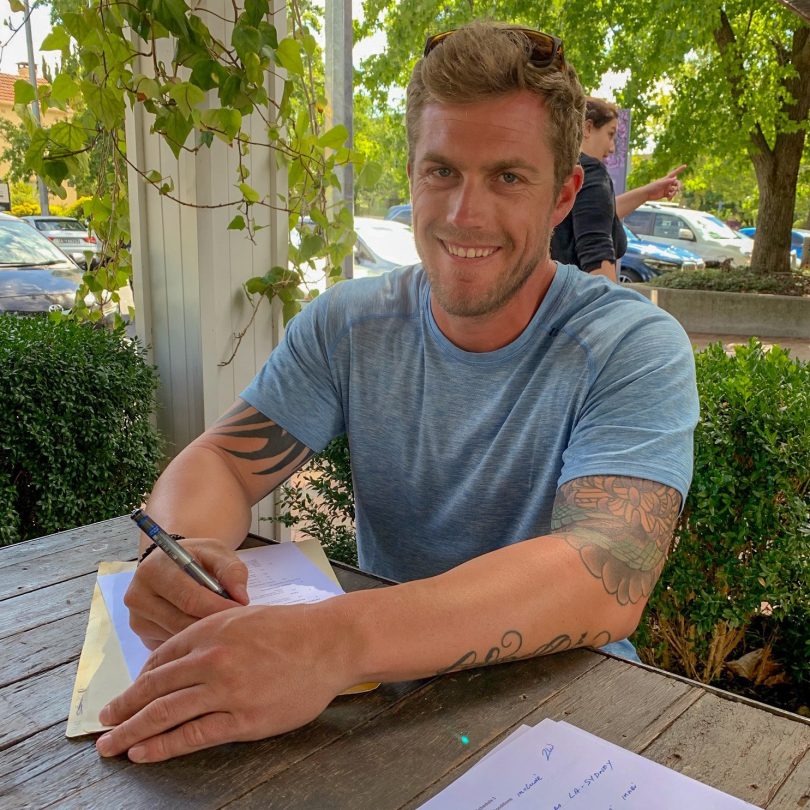 Zach Wilson has signed a one-year extension to return to the Cavalry next season. Photo: Supplied.

Cavalry Director of Baseball Operations Donn McMichael said Wilson took the league by storm and was delighted he will make his return to the nation’s capital.

“Zach had a big reputation in the Atlantic League because of his consistent power hitting and his versatility in the field. The recruiting committee made Zach our number one priority to sign because of his success in the best independent league in America.

“He lived up to that reputation here in Canberra and took the league by storm. He’s also a great clubhouse guy who was a perfect fit with the culture that we’ve created and are keen to maintain.

“We are very pleased to have Zach returning next season. He brings elite level power to our lineup and has a great understanding of the game.”

Kim Rumble-Kozjak - 48 minutes ago
Jacqleequack it was all good fun until the two hour wait in the cab line, in stilettos, without a jacket in -2 🥶❄️ View
Jeffrey Brown - 18 hours ago
Ahhhh those were the days. Standing in the queue and watching the odd brawl of dudes trying to prove their worth. Was normal... View
Property 21

Kimberley Lloyd - 2 hours ago
This is the story everywhere. Have you actually had a look at houses for sale at the moment. Do you have a look at the unimpr... View
SJ Killer - 9 hours ago
Luke Ashe those articles are totally non-related, different areas, different dates, different contexts, click bait, and one i... View
Kriso Hadskini - 10 hours ago
Speculators are buying property that should be for families. And if you are obscenely wealthy why would'nt you? 10% a year in... View
News 4

Tegan Gilchrist - 7 hours ago
Amy LD and the clothes!!! Swapped out all out white sheets for greys. Blazer ruined. I now fill up bottles of water from my p... View
Property 20

dolphin - 10 hours ago
excellent news. will be good to have some community playing fields for Gungahlin.... View
News 22

Ben Keaney - 10 hours ago
Also if they are not in the numbers that the anti-brumbies say, what do you think a maximum brumby population should be? Sure... View
Ben Keaney - 10 hours ago
Di exactly how do brumbies keep the fuel load down? Do they eat fine forest fuels such as sticks and leaves? Or Perhaps its t... View
Di Hunter - 14 hours ago
Jackie Hattingh it’s actually proven that they don’t and it is also proven that they are not in the great a numbers as th... View
News 7

Beth Stevenson is a single mother of two and she could be homeless soon if she is unable to secure...
Property 20

@The_RiotACT @The_RiotACT
Cavalry mascot Sarge is turning up the heat on his annual 10 km walk to raise $10,000 for Lifeline in Canberra. Find out how you can help https://t.co/CktjV9PbUV (11 hours ago)

@The_RiotACT @The_RiotACT
Hot in the City: Al Manoosh is serving up a Lebanese breakfast spread in Mawson https://t.co/NbUW7gTjh2 (12 hours ago)