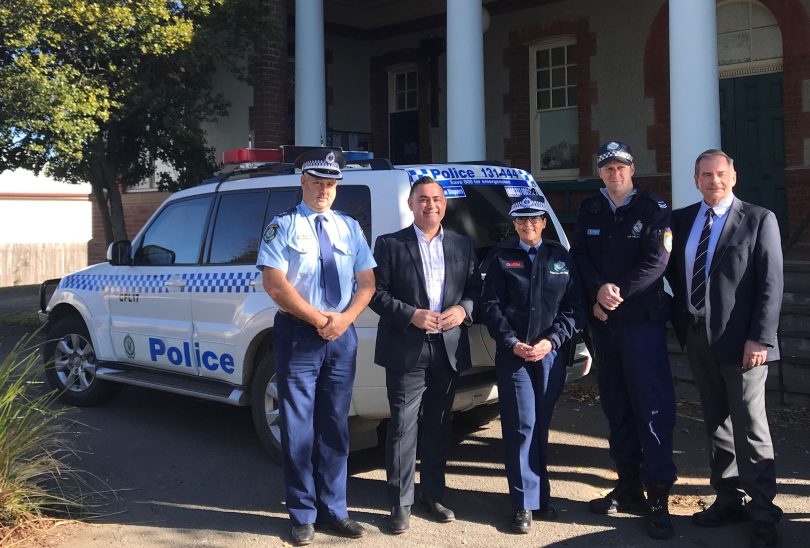 Deputy Premier and Member for Monaro John Barilaro was in Braidwood on Monday morning to formally announce the $1.2 million funding for the Braidwood Police Station, which had been allocated in the 2018/19 State Budget.

Mr Barilaro met with District Commander Paul Condon and QPRC Mayor Tim Overall to discuss the needs and priorities of the area and said it was up to the Police to decide how the money would be best spent.

Mr Barilaro added that with the $27 million the NSW Government had funded for cycling trails in the mountains, tourism would be boosted throughout the year.

The current Braidwood Police Station is in part of the historic Braidwood courthouse which is owned by the NSW Department of Justice and is part of the Listing of ‘Braidwood & Its Setting’ on the State Heritage Register.

Mr Barilaro said “the announcement is a huge morale boost to local police. Our hard-working police deserve the very best, state of the art facilities.” 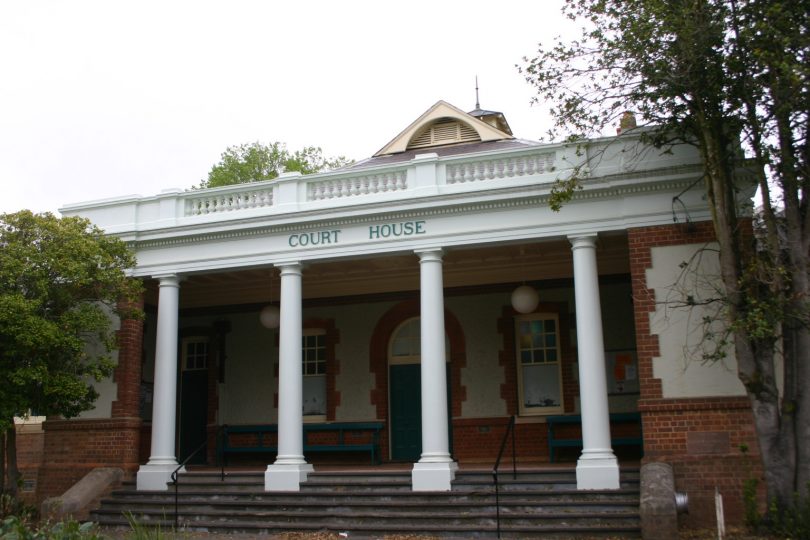 Mr Barilaro said, “the NSW Liberal & National Government is proud to support regional police and the communities they serve. That’s why we are committed to redeveloping the police station and providing police with the facilities they need to protect our communities.”

Mr Barilaro said, “police in the Monaro Police District do outstanding work right across the region, as evidenced by the most recent quarterly BOCSAR report (NSW Bureau of Crime Statistics and Research), which shows all 17 major crime categories remained stable in the 24 months to December 2017 across the state”.

Minister for Police Troy Grant said, “the NSW Government is absolutely committed to providing police throughout the state with the support and resources they need to do their job and keep NSW safe and secure”.

The Courthouse building was previously the home of Local Lands Services office and has infrequent visits from Service NSW. 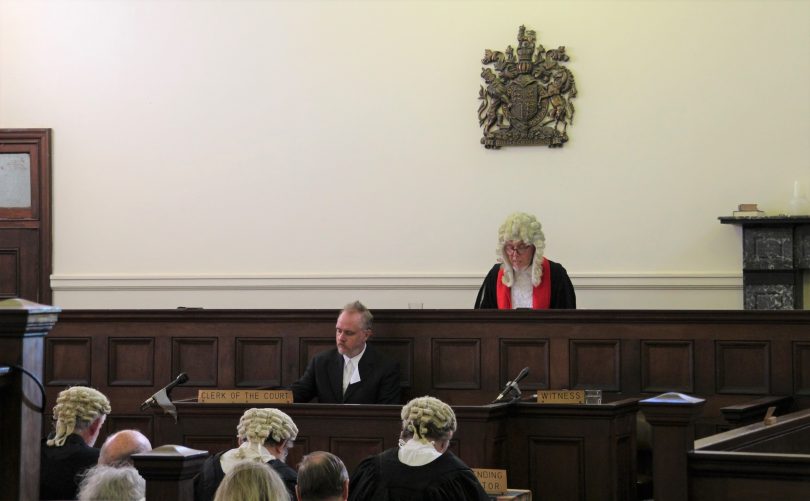 The interior of the Braidwood Courthouse during a re-enactment of the trial of the notorious Clarke Brother Bushrangers held in 2017. Photo: Alex Rea.

Hope its staffed 24hrs a day

Futureproof - 9 hours ago
chewy14 - I'm a boomer, still working. When I retire, I'm going to hit up the government to get as much free stuff as I can.... View
Capital Retro - 12 hours ago
I referred specifically to that demographic who were self-funded. I suppose it doesn't matter anyhow because you hate them al... View
Mataina Rozowsky - 1 day ago
Of course they're rising .... Canberra's are on the move again View
Community 1

Lucy Green - 15 hours ago
I have lived in the area for a long time. These birds are definitely breeding and spreading. What started as the Narrabundah... View
David Worboys - 1 day ago
As new comers to the suburb it was great to see these birds at first. But after seeing the number of near misses with car acc... View
News 5