2018: A tumultuous year for our female politicians 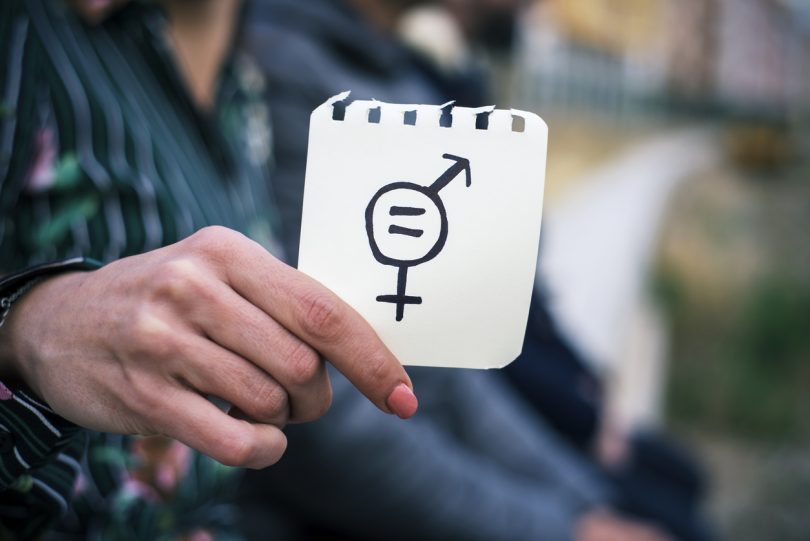 This year has been a tumultuous one for women in politics – and the only way to make it better is by encouraging more of them to pursue a career in it.

As the end of the year hurtles towards us, we start reflecting on the year that was. Its been an extraordinary year in politics. It’s hard not to think about how gender has shaped the political year.

The year got off to a good start. In our local parliament, it began with the historic milestone of all parties represented in Legislative Assembly having at least 50 per cent female representation. The circumstances of the change in the Liberal Party were sobering, with the passing of Steve Doszpot MLA leading to a countback from the last election. With the election of Candice Burch MLA however, the Canberra Liberals joined ACT Labor in having more than 50 per cent of their party room held by female members. The ACT Greens sit at 50 per cent with their two members.

In April however, we saw local female representation in Federal parliament go backward. This occurred when local Labor Senator and former Chief Minister Katie Gallagher was found to be ineligible to sit in the Senate. This was due to a ruling by the High Court of Australia that she was a British citizen at the time of her nomination. With David Smith replacing her, the ACT lost female representation in the Senate and the saga resulted in three-quarters of our Federal representatives being male. This is not a great reflection of our local demographics.

As the host of federal parliament, we are more attuned than most to big events in politics. Gender has played a significant role in this arena several of times this year. Most significant were events surrounding the messy change of Prime Ministers by the Government. It’s hard to forget that poor behaviour towards female Liberal members was identified as a key issue in the lead up to the change. Many people were distressed at the reports of bullying and intimidation directed towards female members of the Liberal Party.

Such was the toxic culture of the Party at this time, that it triggered a number of announcements by high-profile female members that they would not re-contest their positions. This, in turn, resulted in a broad discussion about the level of female representation within the Liberal Party. It also raised the question of whether or not the Liberal Party needed to follow the lead of Labor and introduce gender quotas for preselection. While there seems to be an aversion to this approach, Julia Banks pointed out that the Coalition is comfortable with a range of quota arrangements except when it comes to gender.

No reflection of gender politics in 2018 could ignore the impact of sexual harassment, brought into focus by the #metoo movement. We have seen some pretty shameful behaviour by some of our Federal male Parliamentarians towards their female colleagues. The attacks from David Leyonhjelm on Sarah Hanson Young, made both in the parliament and in the media, was particularly unsavoury. And it continues. Only last week we saw the extraordinary performance of Barry O’Sullivan in the Senate, which saw him ‘declaring himself a woman’ so he could make comments about abortion. There have also been distressing examples in NSW politics in recent times. Both Labor and the Greens are dealing with the fallout of alleged sexual harassment from some of their elected male representatives.

There have also been positive responses to issues of sexual assault and sexual harassment. Recently, Caroline Le Couteur MLA has been working to introduce a definition of sexual consent into ACT law. This aims to introduce an ‘affirmative consent model’, which would define consent as a ‘free and voluntary agreement’. It would also require someone accused to prove they knew or were reasonably satisfied that consent was freely given. In the discussion, Ms Le Couteur shared her own experiences of being the victim of sexual assault as a young woman and the lasting impact of this on her relationships with men. This is a good example of why we need women in politics; they pursue issues of concern and importance for more than 50 per cent of the population.

With the year that has been, you could forgive women for being hesitant about getting involved in politics. However, it’s vital we encourage talented and connected women to consider putting up their hands to represent their communities. Sharing stories and learnings is one way we can encourage women to get involved. We are lucky in the ACT to have access to our current crop of female politicians. In fact, on 5 December, current Federal Greens female representatives are hosting an event to share their experiences and learnings. Details can be accessed here.

Rebecca is an active member of the ACT Greens. She was a candidate in the 2016 Territory election.