A Budget four years in the making 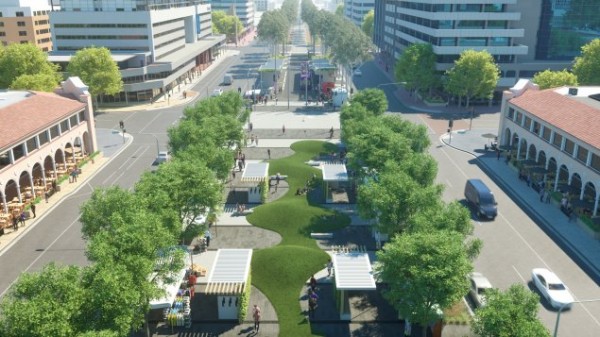 June 7, 2016 is a date the ACT Government has been anticipating for many years. As ACT Chief Minister Andrew Barr said himself, today’s Budget was the “culmination of four years of work to keep the ACT economy growing”. Its also the last Budget before the October 15 poll.

Faced with a Commonwealth Government unapologetically zapping the Canberra economy to make savings, while the national economy has been below its best, the ACT Government has been working desperately to stimulate growth. Its aim has been to reduce its reliance on the public service, which together with related consultants makes up about 50% of the Territory’s economy.

Today’s budget and recent economic data suggest that some of this hard work may be starting to pay off. Just in time for the election.

The Government, too, has been strategic in how it has planned for the Mr Fluffy affair and the Light Rail and ACT Law Courts Public Private Partnerships. The Light Rail project was provisioned for in previous Budgets meaning today’s update allowed the Government to remove the provisions and adjust for the obligations of the service payments in 2018-19. The ACT Law Courts service payments were also allocated from 2017-18, and together these adjustments allowed the Government to reduce its net debt estimates for the next two financial years. Even from 2018-19, net debt is expected to be broadly unchanged since the last Budget update, and is then projected to fall again. That (plus the plan for a surplus in 2019-20) is a good look for a Government that doesn’t want to give the rating agency any reason to lower its prized AAA credit rating.

The Government made sure the cost of the Mr Fluffy loose fill asbestos insulation eradication scheme was allocated for generously in last year’s budget. The estimated expenditure this year has even been revised $39 million lower.

Revenue estimates have been raised because of upward revisions to the Territory’s economic growth expectations, having been in the Chief Minister’s own words “conservative”.

Then there’s the good luck factor. GST revenue was revised higher because the national pool has risen and because the Commonwealth Grants Commission’s formula to determine the ACT’s share of GST is backward looking. Very weak growth in property sales and soft wages growth in 2014 and 2015 reduced the territory’s revenue raising capacity, and so the Commonwealth Grants Commission increased the ACT’s share of the GST pool from 1.8% to 1.9% in 2016-17. That’s a cool $119 million.

But its the diversification efforts of the Government that may produce a real prize for the government.

The Government has been given a kick along by the depreciation of the Australian dollar and lower interest rates. These factors, via mainly a pick up in residential housing and service exports – have helped the ACT produce stronger than expected growth in state final demand, solid retail sales growth and an unemployment rate of 4.1% (which is the lowest in the country and a two year low for the territory).

All of the recent growth in employment in the ACT has been outside of the public sector, giving credibility to the Government’s diversification mantra. In the 12 months to February 2016, “public administration and safety” employment in the ACT fell 3.3%, while all other sectors grew by 2.6%, led by the finance, professional services, tourism and health sectors.

Mr Barr also pointed to improved residential and commercial building approvals. “The Government has a particular emphasis on wanting to attract new national and international investment into the Territory as well as supporting those local developers”.

But the outlook is not without downside risks and the Government’s rosy economic projections may look a little too optimistic.

Certainly commercial building approvals look better, and there are some recent success stories in the attraction of Singapore Airlines, Costco and Ikea to the territory. But its difficult to see a very strong improvement here. Canberra is not immune from the business investment doldrums being suffered by the rest of the country.

Also, the lower Australian dollar has been helping the national economy largely through import substitution and rising exports, but most forecasters do not expect the Aussie to continue depreciating. Without this help, will the service exports keep growing?

There is also a question mark over wages. A tighter labour market should lead to some rise in growth, but unless the pick up assumed occurs, household income and so consumption growth in the Territory may slow down from recent strong rates.

Brisal - 7 hours ago
Then you stop and fix it. It isn't difficult. View
News 15