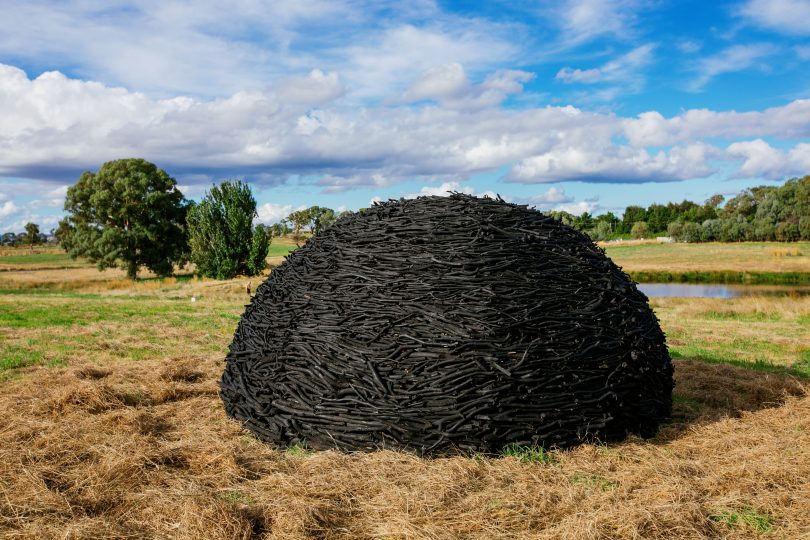 After two pandemic ridden years, postponements, natural disasters and multiple crises, Sculpture@Shaw, at Shaw Wines, has made a triumphant return to a 40 acre paddock in Murrumbateman.

Graeme Shaw and Belco Arts collaborated on the event, which includes a $15,000 prize for this year’s major winner, Canberra installation artist S.A. Adair.

Many of the dozens of works dotted around the paddock and Shaw tasting room hint at how hard the past few years have been, reflecting themes of vulnerability, environmental stress and human frailty.

Adair’s work, Widow, is an upturned nest of charred wood, intricately woven and responding to the loss of safe spaces and our conflicted feelings about the idea of home. 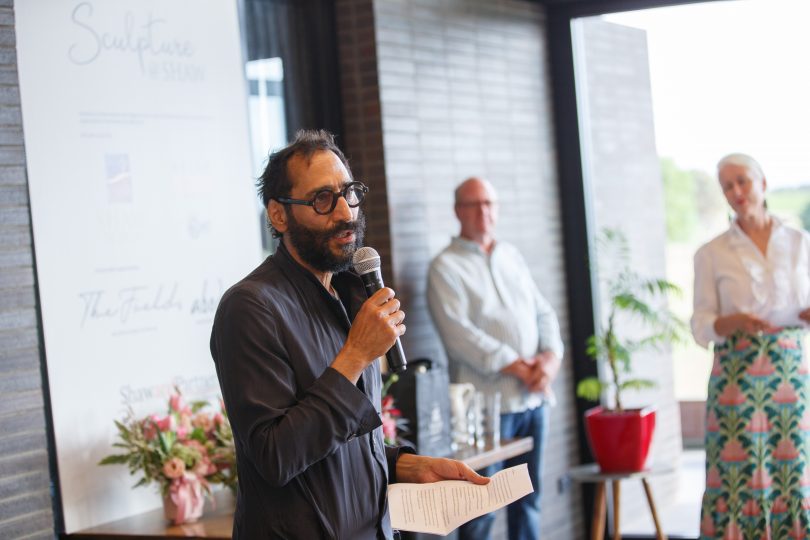 Destiny, an abstract work in limestone on a polished black granite base by Peter Lewis, won the $5000 cellar door prize. 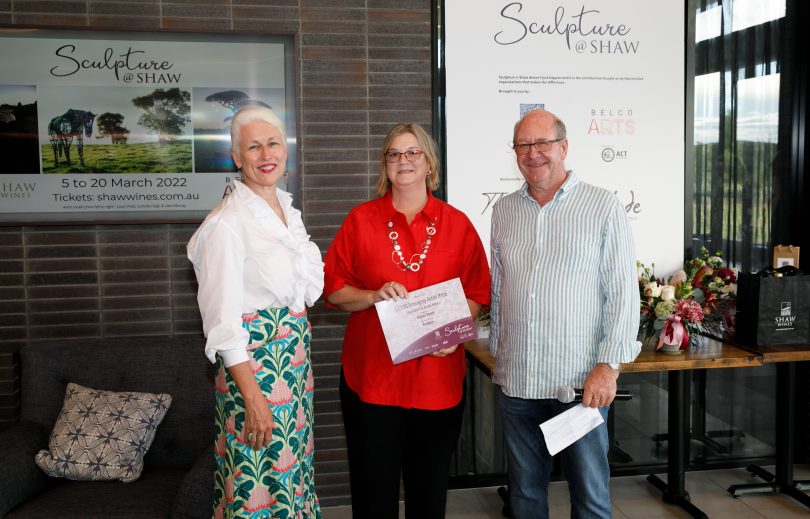 Works came from around the country and included large pieces from local sculptors Wendy Teakel, David Jensz, Ian Marr and Sian Watson. Most, although not all, are for sale.

“Good art is about spirit and although our experience of art is deeply personal, in the end it is a social project and never more so than with public art,” Molonglo director Nectar Efkarpidis, who opened the event, said.

“I commend Belco Art and Graeme Shaw for having the will to establish the program and all the artists who have participated here today”. 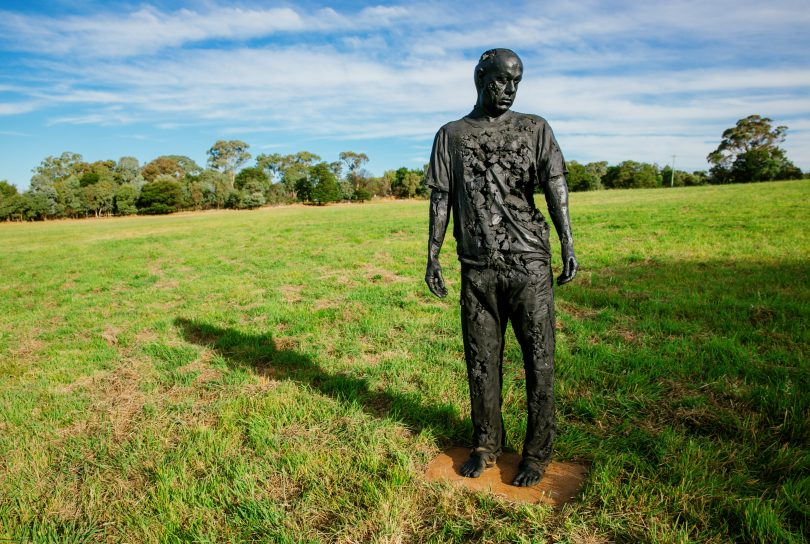 Regret, by Louis Pratt, was a finalist in Sculpture@Shaw. Photo: Andrew Sikorski.

Referencing seminal American photographer Lewis Hine, he said that neither money nor machines could create and that a civilisation based on them puts people out of touch with their creative powers.

Graeme Shaw said the exhibition opening was both a delight and a relief.

“I’m very satisfied,” he said. “The way it’s ended up is at least what I’d hoped for or even better.

“There are some incredible works and the care and effort in curating the show from Belco is really impressive.

“I do love art – it’s very subjective, some pieces you love and some do absolutely nothing for you but there are incredible works here and I do sometimes wish I could buy it all!” 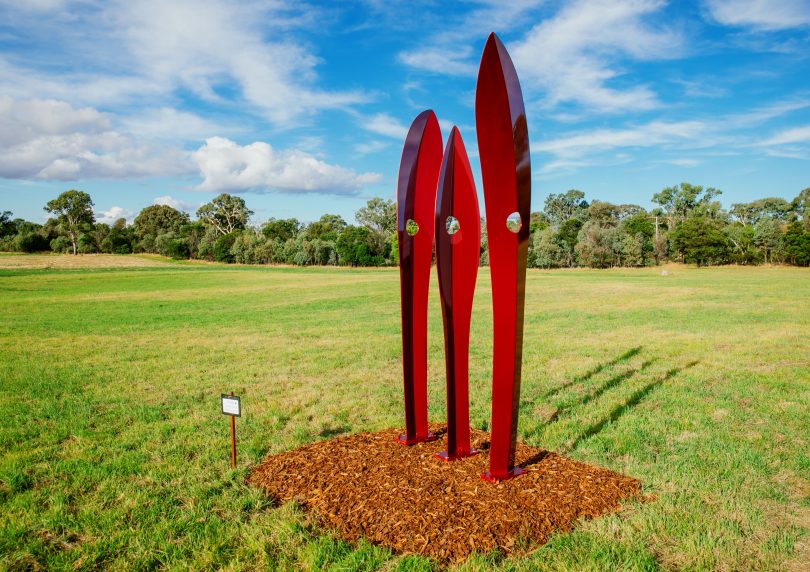 The bucolic setting at Shaw Wines is unusual among sculpture shows, many of which take place in galleries or more confined urban settings.

Graeme believes that the exhibition has something thought-provoking for everyone who wanders through the show, which includes substantial abstract and figurative works. 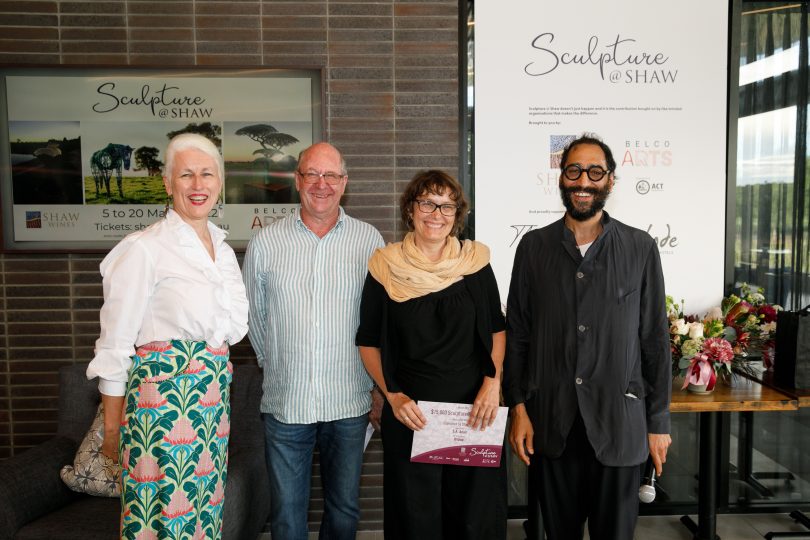 Scultpure@Shaw is open until 20 March at Shaw Wines, 34 Isabel Drive, Murrumbateman. The winery and cellar door are open from 10 am – 5 pm daily. For more details, visit the website. 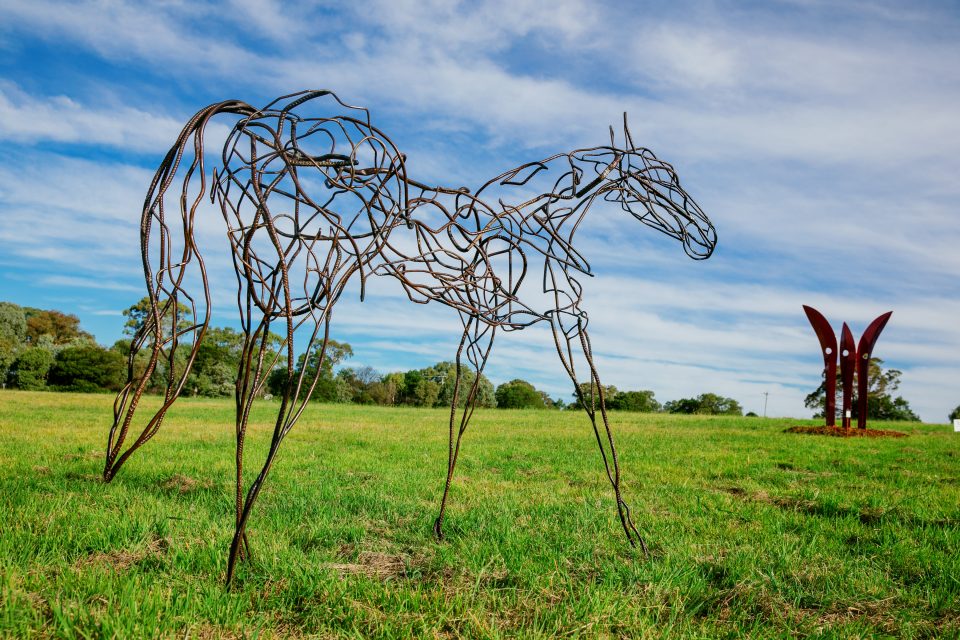 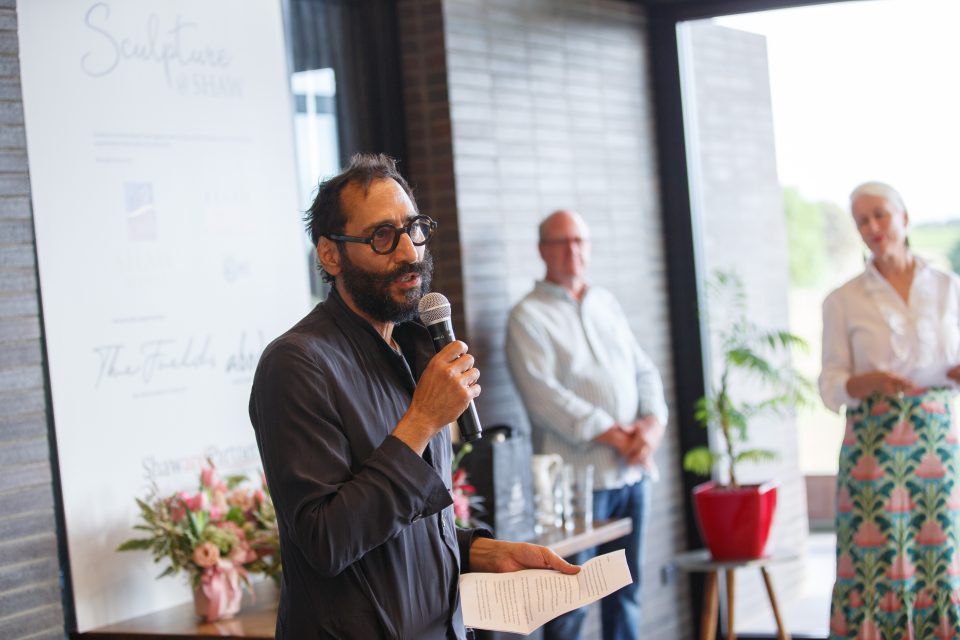 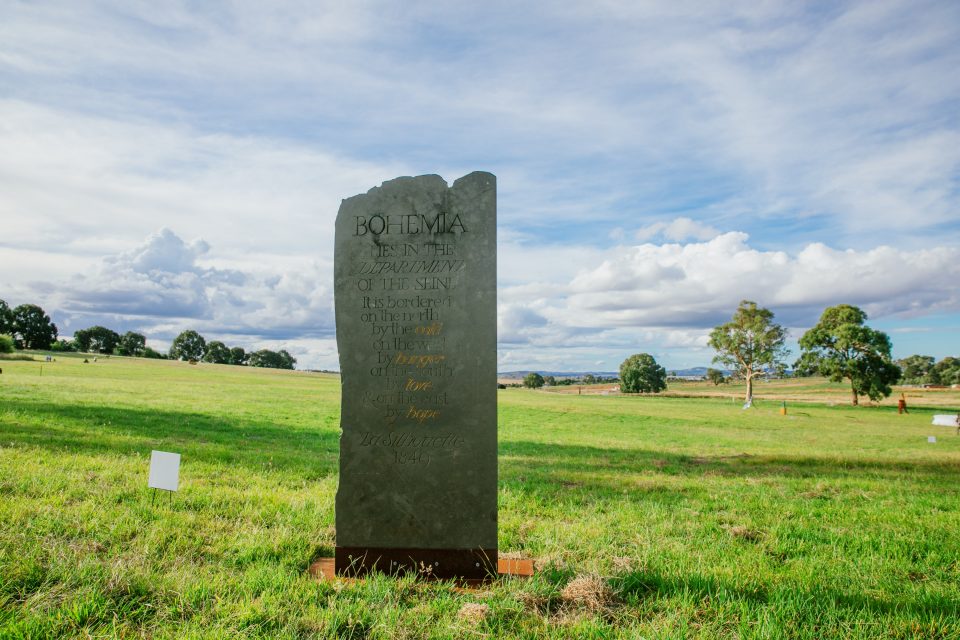 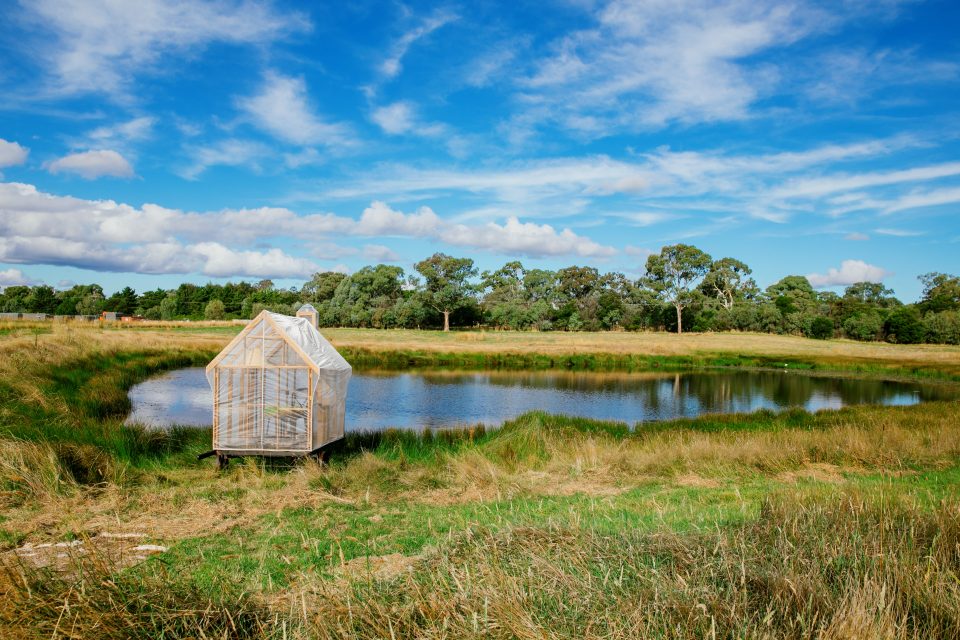 Sally Kidall's work, Where Are We Going? Photo: Andrew Sikorski. 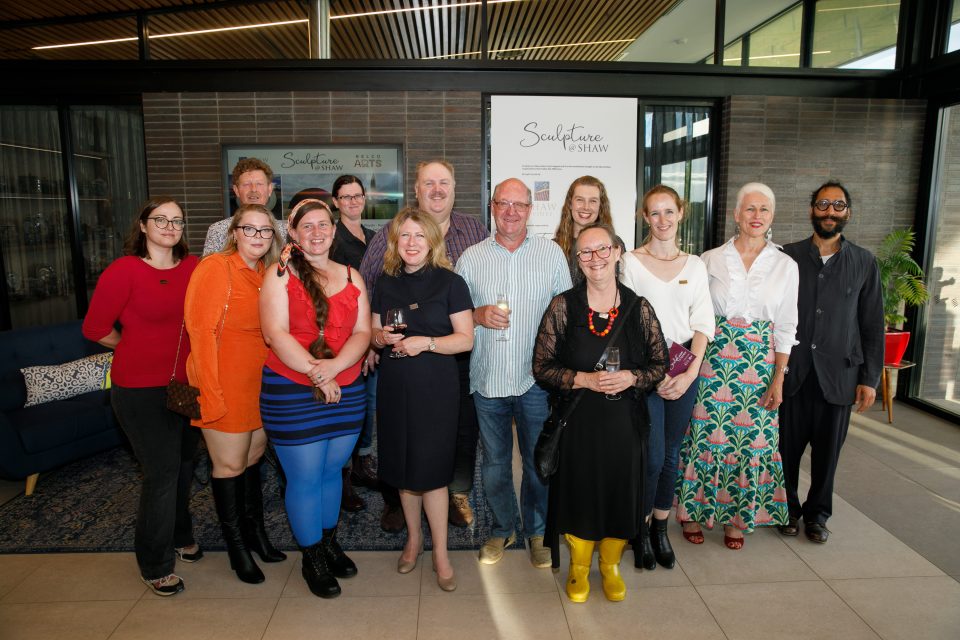 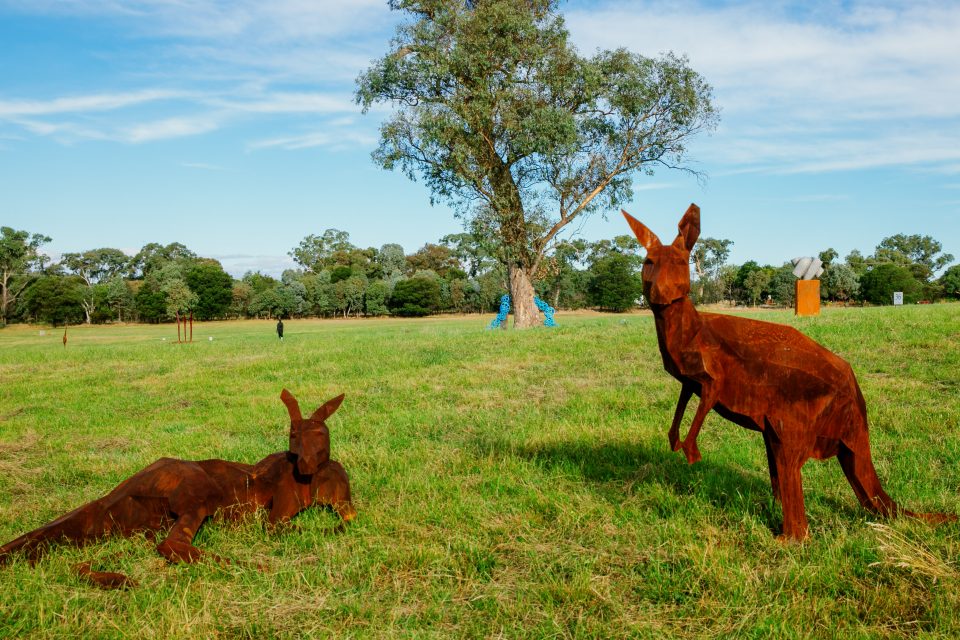 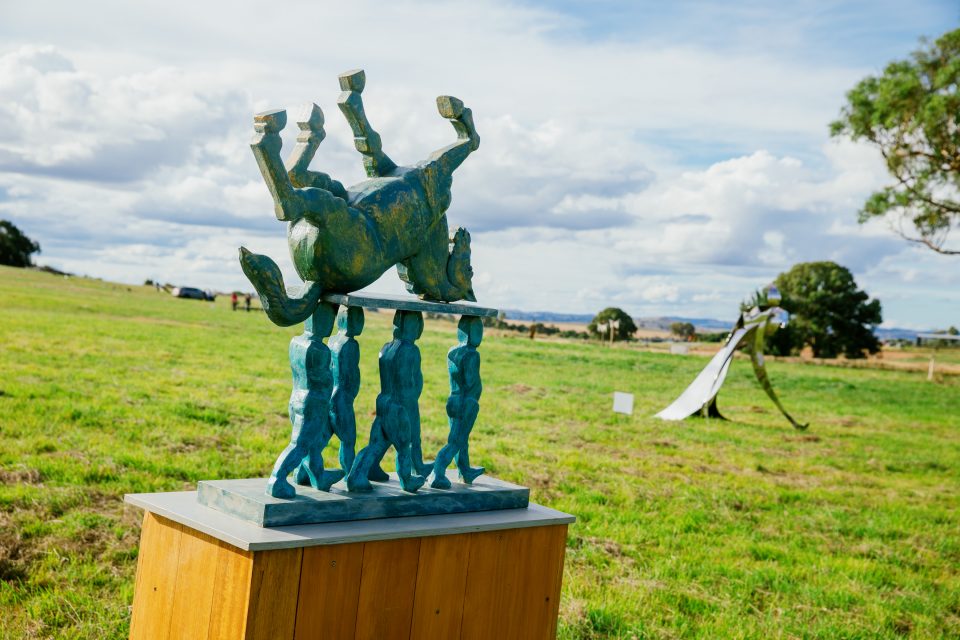 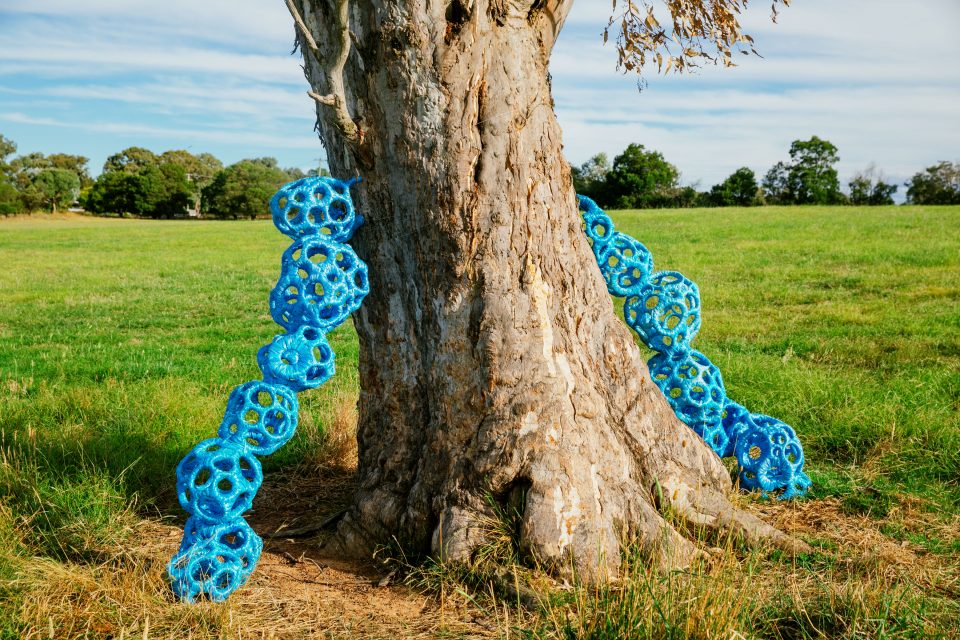