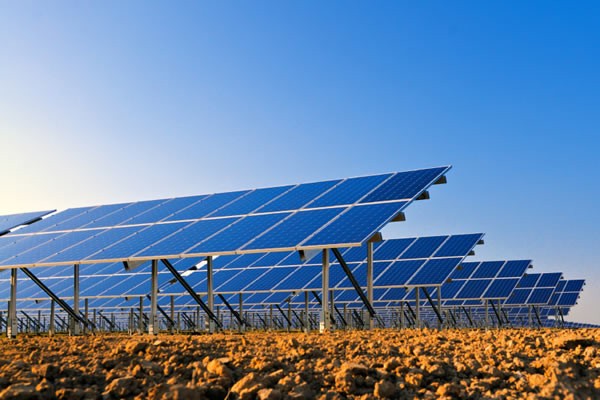 Large-scale solar farms have burst on to the market. File photo.

The new Distributed Energy Resources Laboratory will develop technology and software to test and monitor renewable energy resources such as solar panels, batteries and wind generators.

The announcement comes as a new ANU analysis shows that Australia continues to install renewables at record rates, already exceeding the 2020 renewable energy target, and is on course to surpass the scrapped target of 41,000 Gigawatt-hours (GWh) of renewable energy generation around the end of 2020.

The ANU says the growing investment in large-scale solar and wind farms, as well as the increasing take-up of rooftop solar, meant the renewable energy generated by 2020 will be equivalent to 90 per cent of Victoria’s energy consumption and could power South Australia three times over.

The new lab will provide a testing environment for new monitoring devices, smart controllers, energy market models and other innovative products to help drive the rollout of renewables.

It will provide ANU students and researchers with opportunities to work alongside industry to better align their research and build their skills.

ACT Environment Minister Mick Gentleman said the lab would also attract industry, network companies and academics from around Australia and the world to bring their business, technology, and research and development to the ACT.

“Figuring out how to most effectively and reliably distribute renewables into our power grid is a key challenge that we are helping to solve as the ACT draws closer to its 100 per cent renewables target,” he said.

The $1.5 million in funding comes from the Government’s Priority Investment Program, which was established to work with industry, research and the tertiary sectors to attract investment and grow established and emerging priority areas of Canberra’s economy.

Dr Bjorn Sturmberg, who will lead the DER Lab, said it would provide a state-of-the-art testing facility which mirrors the energy grid for industry, researchers and regulators.

“The DER Lab will provide the Australian research and development community with a fail-safe power system in which to rapidly, efficiently, and securely develop and test the technologies and systems before deploying them.

“The technologies developed in the DER Lab will lower consumers’ energy bills and create the secure, reliable and low-carbon energy system of tomorrow.”

The facility builds on the capabilities of the ANU’s Battery Storage and Grid Integration Program.

Meanwhile, lead ANU researcher Dr Matthew Stocks, from the Research School of Electrical, Energy and Materials Engineering, said the new renewables analysis, including data released by the Clean Energy Regulator, showed Australia had powered through the scaled back renewable energy target of 33,000 GWh – reset by then Prime Minister Tony Abbott in 2015.

“The record installation rates from 2018 will be broken in 2019 despite the Renewable Energy Target being met,” said Dr Stocks.

“Projects that have been announced indicate that around the end of 2020 we will meet the old target of 41,000 GWh of renewable energy generation, which was reduced by the Abbott-led Coalition Government in 2015.

“The renewable energy industry has stepped up to deliver far beyond levels that were expected.” 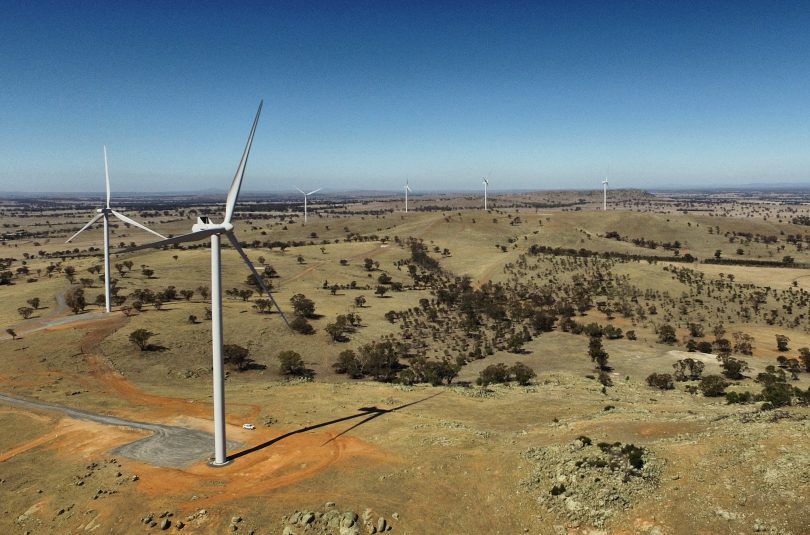 The Coonooer Bridge Wind Farm in Victoria that supplies the ACT with electricity. Photo: Windlab.

“In the absence of Federal Government energy and climate policy, the installation of renewable energy is now driven largely by economics,” Professor Baldwin said.

“The price of electricity from large-scale solar photovoltaic and windfarms in Australia is now below $50 per megawatt hour – well below the National Electricity Market baseload future prices.”

Co-researcher Professor Andrew Blakers said Australia was leading the world in the rate at which the nation is transitioning its electricity system.

“Australia is on track to install 17 Gigawatts of wind and solar photovoltaics between 2018 and 2020. That’s 225 watts of renewable power per person per year,” he said.

“This is four to five times faster per capita than the European Union, Japan, the USA or China and 10 times faster than the world average.

“Australia is leading the world in rapid deployment of renewable energy, and this is causing rapid reductions in greenhouse gas emissions from the electricity industry.”

Dr Stocks said getting electricity from new wind and solar farms to where it is needed is the main roadblock to continued strong growth.

“Our old network was built around coal generators, which are often not where the best wind and solar resources are,” he said.

“State and Federal governments need to unlock transmission deployment to ensure we continue to build on our current renewable energy success story.”

Could we also have some research into what will be required to get electricity retailers to have a much simplified and more affordable offering for domestic consumers – I was reminded of this yesterday when I saw an ActewAGL-plated Jaguar F-Pace (described as a “Luxury Performance SUV” by its maker) glide past me.

“Grace Morgan because research needs to be funded. If we invest properly in R & D we can create new products, applications, which results in innovation, jobs.”

Virtue signalling about intangibles like that costs the average Canberran an extra $250 a year on the electricity bill.

“The price of electricity from large-scale solar photovoltaic and windfarms in Australia is now below $50 per megawatt hour – well below the National Electricity Market baseload future prices.”

So, why are we paying five times as much for this:

SolarShare, which will build a 1MW solar farm in the ACT suburb of Majura, has secured an agreement to sell electricity to the ACT government for $195.60 per MWh, in what is set to be Australia’s largest community-owned solar farm.

Mat Reid - 13 minutes ago
Sandy Ren that would be for all the development that’s coming. View
Sandy Ren - 49 minutes ago
Sonna Schramm woo hoo!! View
Opinion 110

Mark Dawson - 33 minutes ago
Andy Kay "What does that mean: boost the immune system? Most people apparently think that the immune system is like a muscle,... View
Claire Lenehan - 1 hour ago
Helene Jermolajew Thanks! Stay safe View
TheSilver - 3 hours ago
Of course no one want to get sick, but it is part of the human experience and unavoidable. The real question is, and always h... View
Community 113

Tim Mak - 51 minutes ago
Summernats is fine. The people who attend them are not. View
Sam Austin - 3 hours ago
Fair enough but its 1 week a year. But there needs to be a place to do this stuff, think of it like a sporting facility golfe... View
Opinion 6

BlowMeDown - 3 hours ago
Of course, most people will not buy homes next to airports or raceways. That's why the values drop. But there will always be... View
News 305

BlowMeDown - 4 hours ago
So, in fact, the arborist confirmed that gum trees are not suitable for an urban environment. When he cast doubt on the perce... View
News 17

Lexy Margi - 4 hours ago
And yet no advice was given. They made schools and parents wait this long to only say "states are to make their own decision"... View
show more show less
*Results are based on activity within last 7 days

Last year was chaos. From hundreds of millipedes invading homes across the south-east of Australia to the news that The...
Opinion 110

Following the recent storms which tore through large swathes of the Belconnen and Gungahlin region, many residents have voiced their...
Courts & Crime 4

NAPLAN tests results have again provoked controversy in Canberra, and your poll results are an indicator of a deep divide...
Opinion 110