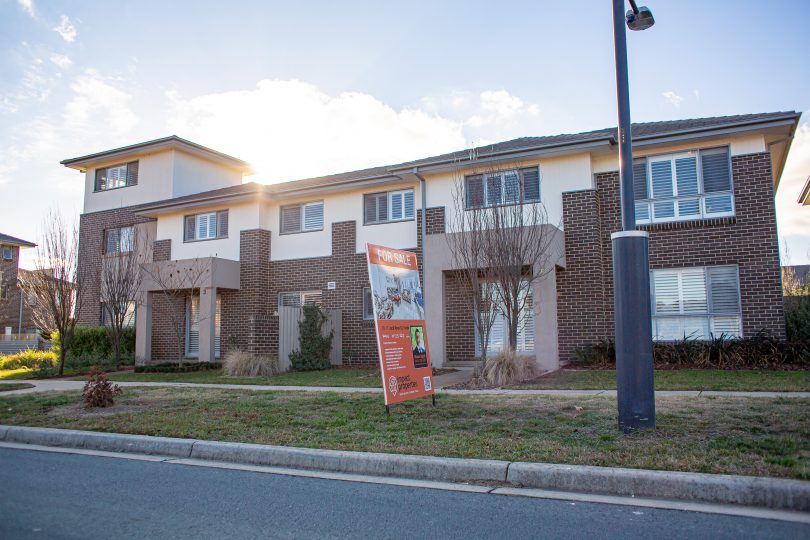 Home ownership in the ACT appears to be in retreat. Photo: George Tsotsos.

Canberrans are renting more than ever as the rate of home ownership in the ACT continues to fall in the face of an increasing disconnect between incomes and soaring property prices and the Territory’s changing demographic profile.

The Australian Bureau of Statistics report, titled Housing Occupancy and Costs, 2017-18, shows that the percentage of Canberrans who own their own home, either outright or with a mortgage, has plummeted since the turn of the century, falling nearly 12 per cent to 63.8 per cent.

Over the 20-year period, the fall is not so great at just 3 per cent (66.8 per cent in 1997-98), but it appears the surge in home ownership on the way to the new century is not going to be repeated unless incomes increase or prices fall, despite Canberrans having the highest incomes on average in the country.

Two decades ago 31.9 per cent of Canberrans were renters but many were able to make the leap into their own homes in the late 1990s.

The other factors to take into account is the surge in student numbers, particularly from overseas, and the increase in migration.

The housing data comes as new figures show a better environment for renters with an improvement in the ACT’s vacancy rate over the past year to June and falls in house rents but a rebound in what you will pay for an apartment.

Anyone could have told you that. Because no-one can afford them. It’s simple

So the “simpler, fairer” taxation system of moving from stamp duty to higher annual rates has not made housing more affordable – well what a surprise.

No surprise there. Prices are too high, even with interest rates way low. No one wants to buy badly built high rise that you may have to abandon because they’ve been thrown up, leak like sieves and look like public toilet blocks. 🤨Not happy Jan.

Carole Ford wrote, “No one wants to buy badly built high rise” I saw an older built apartment advertised for sale recently. The ad said something like, “Solidly build apartment.” I wonder if that was to distinguish an old apartment from the shoddily built newer builds. If I were looking to buy an apartment, as it is now, the older apartments, although maybe not as nice looking as newer ones, would have a lot of appeal at present. I wouldn’t trust a new apartment not to have problems.

Maybe we will get lucky and the poor people will move somewhere more affordable.