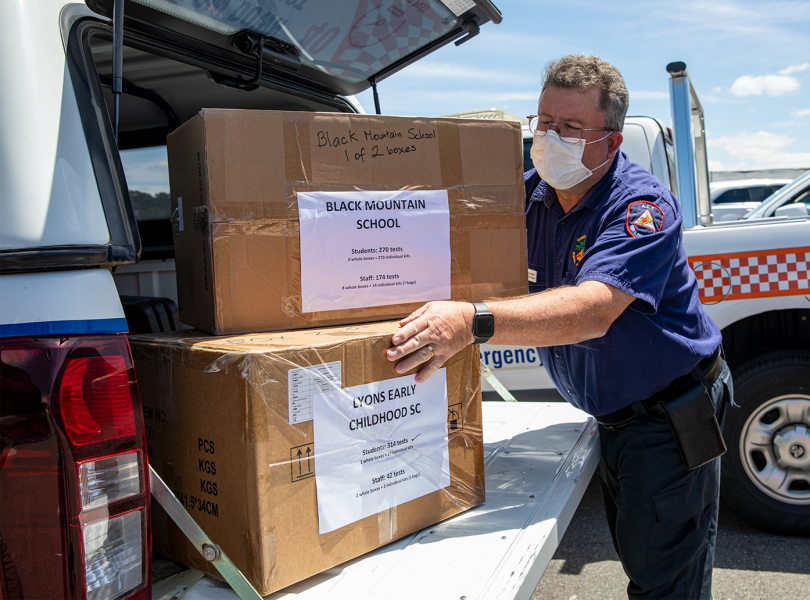 UPDATED 4 pm: A major logistical operation to deliver hundreds of thousands of rapid antigen tests to schools and other essential services in the ACT began today.

The first lot of deliveries left the ESA training centre in Hume this afternoon to be delivered to schools where two kits per week will be distributed to students and staff.

The testing kits will first be distributed to early childhood centres and primary schools, and then high schools and colleges.

It’s hoped the majority of the tests will be delivered by the end of this week, Minister for Education Yvette Berry said today.

She reassured parents that the tests being distributed to schools are the lollipop saliva tests that do not require a nasal swab.

“This will make it so much easier for parents of young children or children with additional needs to conduct these tests themselves,” she said.

Minister for Emergency Services Mick Gentleman said the operation required, and will continue to require, a “mammoth effort” to be completed.

Hundreds of volunteers and staff from across the ACT Government and the ESA are involved in the operation. 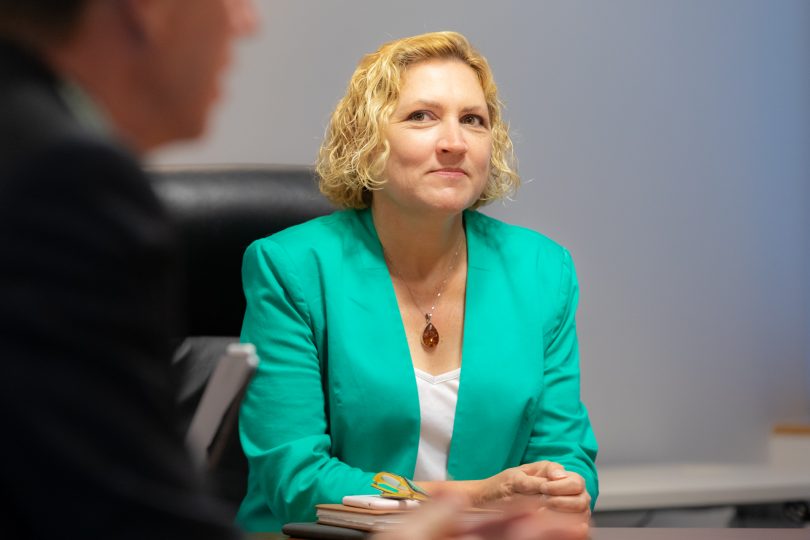 There are now 73 people in hospital, including four in intensive care and one requiring ventilation.

Yesterday, there were 67 patients in hospital, including five in ICU and one being ventilated.

There were 896 new cases yesterday.

All ACT Government testing clinics are open today and ACT Health said turnaround times for results are now between 24 and 48 hours.

The ACT’s 12-plus vaccination rate remains 98.6 per cent.

Other organisations that require access to tests include NGOs providing support to those experiencing homelessness and victims of domestic and family violence, Ms Davison told the committee.

But unlike the Federal Government announcements in the disability space which require people to source the tests themselves, the ACT Government will supply the kits directly so there is no need for competition in the private market.

On the first day of the scheme’s operation – Monday, 24 January – 21 pharmacies distributed around 8,000 rapid antigen tests.

Nationally, 700 000 tests were distributed through over 1500 pharmacies.

The page received over 2 million site visits on the first day it was live.

Hospitalisations remain relatively steady – 2722 compared with 2794 the previous day. There are 181 people in ICUs around the state.

There are now 1057 people hospitalised with the virus – down from 1089 reported yesterday. Of the state’s 12-plus population, 93 per cent is now fully vaccinated and 34 per cent of the state’s eligible population has received three doses of the vaccine.

Who is going to be delegated to give these tests and collect the data?