7 May 2022 | Lottie Twyford
Start the conversation 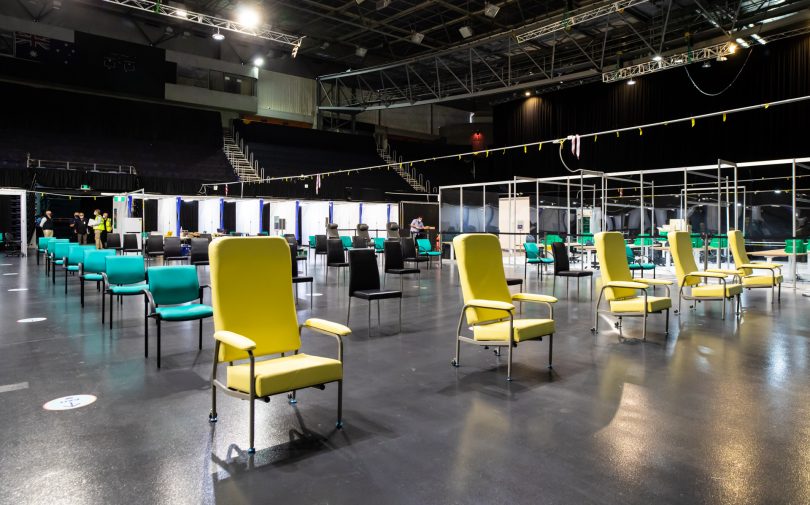 More than 97 per cent of the Territory’s 5-plus population is vaccinated against COVID-19. Photo: Michelle Kroll.

The ACT has recorded 975 new cases of COVID-19 in the 24 hours to 8 pm last night as new figures released by ACT Health show 32 per cent of the Territory’s COVID-19 deaths were unvaccinated, despite the ACT’s world-leading vaccination rates.

According to the health directorate’s most recent epidemiological report, which covers the period up to Sunday 1 May, and so excludes the most recent three deaths, 17 of the 52 people who had died with COVID-19 up to that point were unvaccinated, showing them to be disproportionately represented in the death figures.

For the week (Monday 25 April to Sunday 1 May), 6504 COVID-19 cases were recorded, and the rolling mean remained stable at 800 to 900 cases a day. Reported case numbers also remained stable across most age groups with the only notable increase recorded in the 12 to 17 age group.

The test positivity rate for PCR tests also remained stable over the week, sitting between 23 to 24 per cent. The number of PCR tests overall declined.

There were 33 new hospital admissions in the reporting period, compared to 38 in the previous week although this figure had been initially reported as 27 due to a data lag. Two people were admitted to the ICU.

According to the weekly epidemiological report, “hospitalisations continue to be consistently highest in the 65-plus age group despite having the lowest case rates, highlighting the increased risk of severe disease, including hospitalisation, in this older age group.

“There appears to be an increase in the hospitalised case rate for the 18 to 39 age group since last week, which we will continue to monitor to see if this is a true trend.”

There are 55 people in hospital with the virus. 4 people require intensive care, but no one is being ventilated.

The ACT recorded 1053 COVID-19 cases yesterday, and 66 people were in hospital.

Vaccination statistics are not updated on weekends.

Victoria has reported nine deaths overnight and an additional 9,365 cases of COVID-19.