All roads lead to the National Museum for Rome: City and Empire 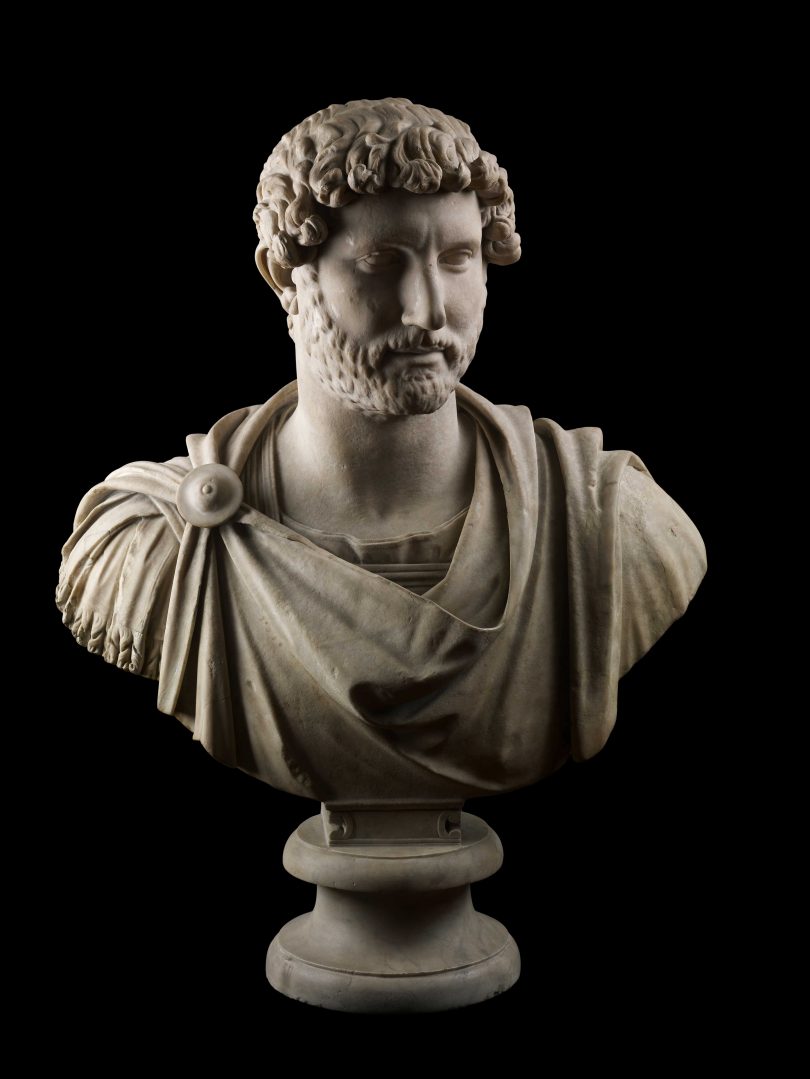 Bust of the Emperor Hadrian, Hadrian’s Villa, Tivoli, Italy, about 125-130 CE, marble. © Trustees of the British Museum, 2018. All
rights reserved.

A monumental marble statue of a Roman magistrate, a frieze featuring a rare depiction of female gladiators, and a fragment of a gilded wall painting from Emperor Nero’s Golden House are among the treasures in the British Museum’s Rome: City and Empire exhibition, now open at the National Museum of Australia till February.

The exhibition, exclusive to the National Museum, draws on the British Museum’s extensive collection and features more than 200 objects dating from the 9th Century BCE to the 6th Century CE – many of which have never previously toured.

It is the third such collaboration, and there will be more under a Memorandum of Understanding announced by the two institutions.

Central to this exhibition is a feature on the ‘Eternal City’ of Rome – the heart of the empire.

Some of the artefacts on display. Photos: Tim Benson

National Museum director, Dr Mathew Trinca said the Roman Empire’s legacy endured in modern Australia today, encompassing its languages, art and architecture, the design of its towns and cities and the laws by which we live.

“Australians are going to be captivated by this exhibition,” he said.

Director of the British Museum, Dr Hartwig Fischer said the stories of Rome and its vast empire continue to captivate and intrigue people almost 3000 years after their foundation.

“This exhibition will be a rare opportunity to see masterpieces from the Roman Empire on display in Australia. We are delighted to be working once again with National Museum following successful collaborations in 2015 and 2016.”

The exhibition charts how Rome grew from a cluster of small villages to become a powerful empire, the scale of which had never been seen before in the Western world. 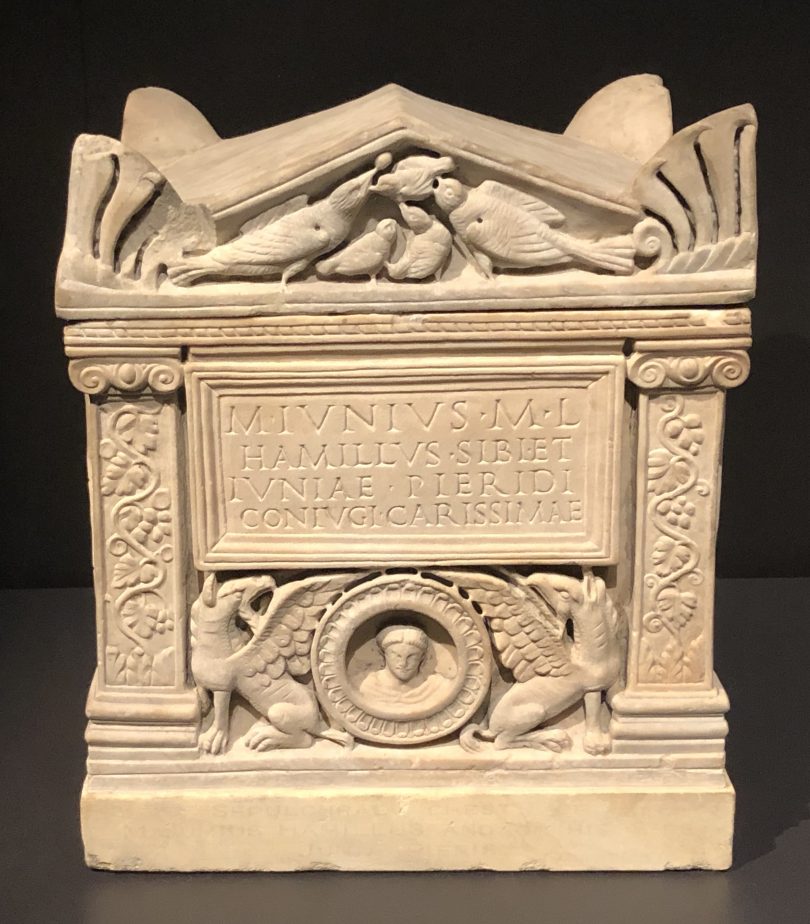 At its height, the Roman Empire encompassed more than a quarter of the world’s population.

Rome’s transformation from republic to empire is entwined in the lives and loves of a cast of iconic historical figures who also feature in the exhibition, including Julius Caesar, Mark Antony, Cleopatra and the adopted son of Caesar and first Roman emperor, Augustus.

The show is divided into five parts: The Rise of Rome; Military Might; The Eternal City; Peoples of the Empire; and ends with In Memoriam, featuring poignant funerary scenes and practices.

Many of the objects in the exhibition have never previously toured, including the Roman magistrate (1st century CE); an Etruscan bronze casket used for women’s toiletries (300-250
BCE); a 4th century CE stone mosaic featuring Phobos, the god of fear; and a golden diadem from 1st century CE Roman Egypt, inscribed with the name of a Roman athlete.

Some of the exhibition’s objects originate from buried ‘hoards’ only unearthed in recent decades, such as the Selby Hoard discovered in Yorkshire in the UK in 2010 and the Hoxne Treasure discovered in Suffolk, also in the UK, in 1992.

The exhibition will feature the opulence and grandeur of the realm; its military might; the rulers who oversaw it; the Gods they worshipped; and the diversity of its people. 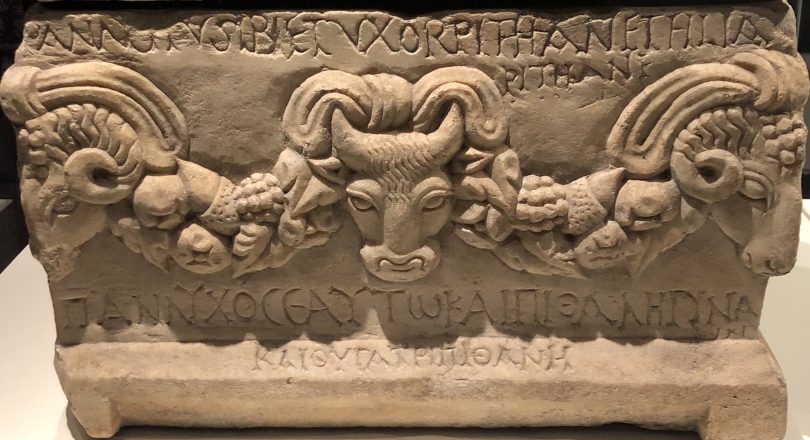 An emotive marble statue of a bearded barbarian captive; a gold and jasper sealstone ring depicting Mark Antony; an ancient carved marble head of a woman resembling Cleopatra; a Pompeii fresco; and one of the finest bronze cavalry parade masks in existence, are some of the show’s highlights.

More exhibitions from the British Museum will come to the National Museum over the next five years, under a new Memorandum of Understanding (MoU) announced by the two institutions.
The new MoU builds on the existing collaboration which has resulted in three major exhibitions in London and Canberra over the past four years.

Under the MoU, the two museums will develop another major exhibition to be hosted at the NMA and look for opportunities to work together on other special exhibitions and research projects, including those relating to the British Museum’s holdings of Australian Indigenous cultural materials.

Such projects will include engagement with relevant Aboriginal communities and researchers, and provide opportunities for an exchange of knowledge and staff between the two institutions.

Ashley Hillstead - 9 minutes ago
That being said it looks like losing a prop won’t take their drones out so I guess they just hack it and repair any damage View
Ashley Hillstead - 11 minutes ago
Dean Okeeffe anyone who’s ever used drones even recreationally knows birds go for them too, there are hundreds of videos on... View
Food & Wine 15

Julie Macklin - 12 minutes ago
Peter Hatfield Not faster if the bus gets stuck in peak hour traffic in Sydney, as has happened to me. I used to catch the bu... View
Peter Hatfield - 48 minutes ago
Or just go to the Jollimont and catch a comfortable coach and be in Sydney an hour faster, and at a fraction of the real cost... View
Greg Myat - 3 hours ago
Ross McConchie I agree with you entirely about using rail more to get trucks off our main routes. But trains are the most eff... View
Property 13

Kacey Butterworth - 14 minutes ago
Tim, let’s move. View
Jodie Kerec - 1 hour ago
Lisa Van Schieveen we could live here together. View
Gabrielle Driver - 2 hours ago
Lauren Edney look how nice it is. I'd have the cottage View
Opinion 47

Kathie Nash - 49 minutes ago
Canberra will never get its own AFL team while we only have a 'stadium' that holds 13,000 at maximum. Need a bigger stadium t... View
Olaf Moon - 5 hours ago
Tasmania First, NT second View
Sport 7

Donna Hofmeier - 51 minutes ago
Why ? NSW Rugby have never been kind to us. View
Jay Annabel - 4 hours ago
If the emus don't mind travelling, why not? View
Food & Wine 4

Shane Moore - 6 hours ago
The board of the co op have a lot to answer. They take over and it closes...... great work. 🤬🤬🤬😥 View
show more show less
*Results are based on activity within last 7 days