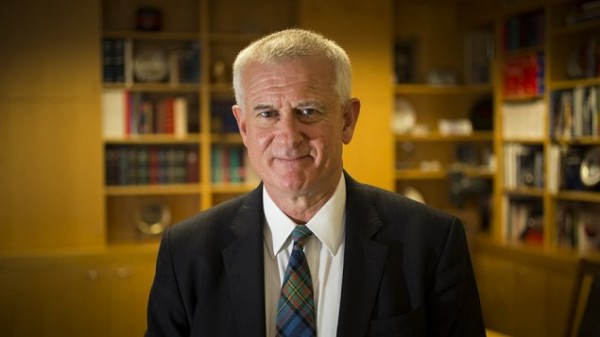 The ANU has appointed Professor Malcolm Gillies, a distinguished academic who studied violin at the Canberra School of Music as an 11-year-old, as interim head of the School of Music for six months from October and advisor and mentor with immediate effect.

Professor Gillies, who has served as Vice-Chancellor of two British universities – the London Metropolitan University and the City University in London, and as Deputy Vice-Chancellor (Academic) of ANU, commenced his violin studies at the School of Music in 1966.

Professor Gillies has served as president of both the Australian Academy of Humanities and the Council for the Humanities, Arts and Social Sciences.

He will return to Canberra to lead the School of Music while the University finalises community consultations on its future and completes the appointment of a permanent head. He will continue to serve thereafter in the advisory and mentoring role.

“I owe a huge debt to the School of Music, which I have known for half a century,” Professor Gillies said.

ANU Vice-Chancellor Professor Brian Schmidt said the appointment underscored the University’s long-term commitment to the future of the School.

“Professor Gillies has long and enduring ties with ANU and we are delighted he has agreed to return home to Canberra to lead the School through a critical period of its history,” Professor Schmidt said.

“He brings an unparalleled record of music scholarship and academic leadership to the school. His calibre as a leader and scholar will help the School of Music secure its long-term future and deliver on its core mission to give students a great education.”

ANU is currently conducting an international search for a new permanent Head of the School of Music, while distinguished former public servant Professor Andrew Podger AO is finalising an extensive community consultation about the School’s future direction.

Professor Schmidt also paid tribute to Dr Gustavson, who has stepped down as Interim Head and will return to his full-time role as the Associate Dean (Education) of the College of Arts and Social Sciences.

“Royston has done a tremendous job to lead the school at a difficult time in its history. He has helped recruit talented new academics to the school, organise the school’s academic structures and has reshaped the courses on offer to students.”

Professor Gillies is the latest in a string of high-profile appointments to the School of Music this year, including Dr Christopher Sainsbury, Dr Bonnie McConnell, Dr Natalie Williams and composer Kenneth Lampl, who has joined the School from New York.

Student and staff levels and the morale of those who remained at the School of Music had plummeted in recent years following then ANU Vice-Chancellor Ian Young’s unpopular decision in 2012 to slash staff and budgets.

“Professor Gillies has long and enduring ties with ANU and we are delighted he has agreed to return home to Canberra to lead the School through a critical period of its history,” Professor Schmidt said.

“He brings an unparalleled record of music scholarship and academic leadership to the school. His calibre as a leader and scholar will help the School of Music secure its long-term future and deliver on its core mission to give students a great education.”

Weeeeeellllll Brian, it’s like this. Elite classical music students need one-on-one tuition. If you aren’t going to commit the resources for such, there’s no point putting out weasel talking points.

t2owe - 1 hour ago
I really don't care about what they say about the Libs. Given the antics of the Barr government, just how much more damage co... View
t2owe - 2 hours ago
How about a change of government. It's way over due,. ACT government is consult in name only, and planning is off the wall.... View
Lifestyle 7