And then there were six: Canberra's A-league bid survives two-team cull by FFA 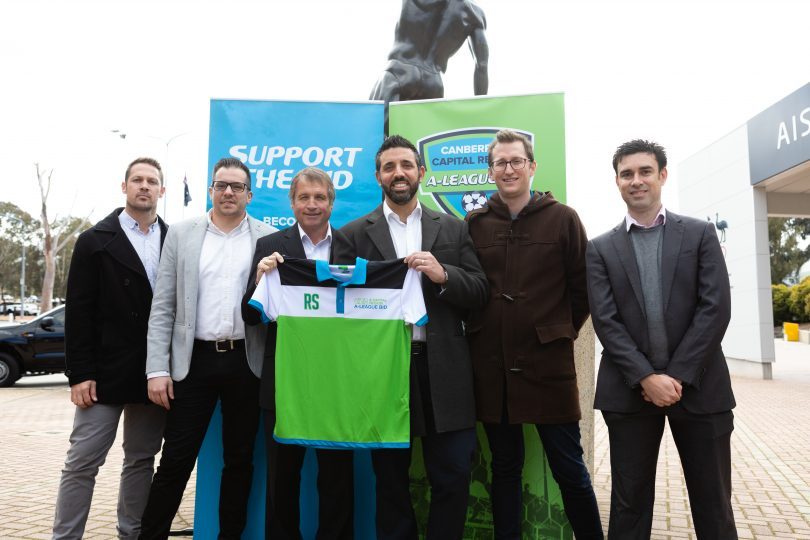 The Canberra A-league bid team is one step closer to having their licence application approved. File photos.

Canberra is one step closer to achieving its dream of fielding a team in the A-league after being named as one of the top six expansion proposals.

Football Federation Australia (FFA) has culled two expansion proposals, with Wollongong Wolves and Ipswich Pride FC not being considered for a licence at this time.

FFA chief David Gallop said FFA carefully evaluated information provided and commitments made by the bidding parties and it was clear certain bids were stronger than others.

“We have six bids that all have positive aspects but require further work in certain areas. We need to continue our consultation with those bid teams to ensure that they adequately address these areas to ensure their future sustainability, which includes securing stadia, catchment area and financial capital,” Mr Gallop said.

“It is critical that FFA can be satisfied the successful bidders will be sustainable from day one as well as meet a variety of commitments that will benefit the longer-term growth of the A-League.

“It is universally acknowledged that expansion of the A-League is an important next step forward. We know it will provide a shot in the arm for our game by providing more opportunities for young Australian footballers, bringing in new fans and engaging new communities. We look forward to continuing to work with these groups, the existing clubs and other stakeholders to make expansion a success for the whole of football.”

“We will continue to work with the FFA, our key stakeholders and our members to give the bid every chance of success” – Michael Caggiano

Bid Organiser Michael Caggiano said the bid is in a strong position and believes the proposed club would help grow the league.

“I am delighted to once again be moving forward in the process, it’s a credit to the quality of the bid and the community support that underpins it,” Caggiano said. “The timeline may change, but all of the bid’s key strengths remain the same.

“We will continue to work with the FFA, our key stakeholders and our members to give the bid every chance of success.

“We have unprecedented government support for an A-League team, a strong group of local and international advisors and amazing support from our community. Today’s announcement doesn’t change that. As we have always said, we are in this race until we get an A-League team for the region. This is just a short delay in that process.”

Mr Gallop said FFA will continue to work towards expansion in the next season of the A-League should it be satisfied the remaining bids address some of these outstanding issues.

FFA, with the support of lead adviser Deloitte, will now continue to work with remaining bidders to finalise plans for expansion to present at the next meeting of the FFA Board, which will be held soon after the AGM in November.