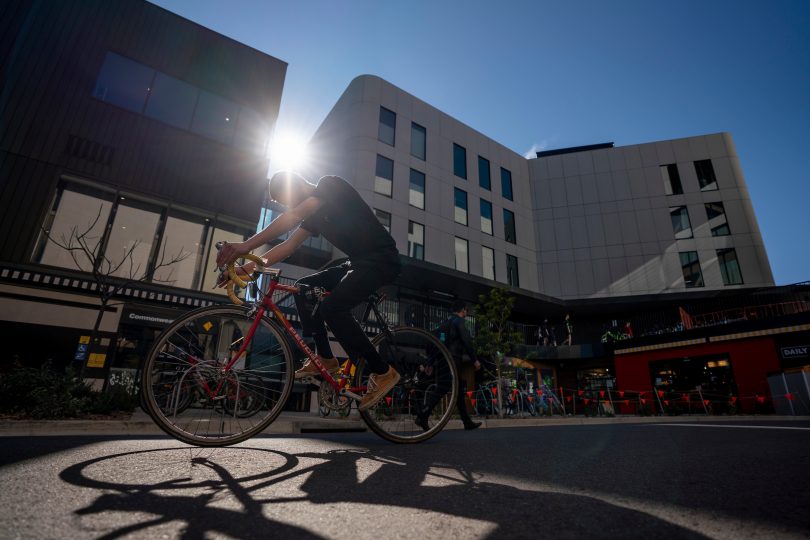 Salary sacrificing for cyclists is another measure of the ANU’s Below Zero initiative. Photo: Lannon Harley, ANU.

Free parking for electric vehicles and offering vegetarian or vegan food as the default food option are just two of the measures the Australian National University (ANU) is considering in its plan to become the first university in Australia to reduce greenhouse emissions to below zero by 2030.

The ANU’s bold plan, ANU Below Zero, also sets an interim target of net-zero emissions by 2025 as a stepping stone to achieving negative emissions. The university estimates it produces more than 55,000 tonnes of CO2 in a typical year, mainly through work travel and natural gas use.

The initiative sets out a plan to reduce all indirect emissions from the procurement of goods and services and commuter travel as rapidly as possible, based on international best-practice for the university sector.

ANU will transition away from natural gas while investigating ways to generate renewable electricity on ANU campuses outside the ACT as a priority and then within the ACT. It will also transition its fleet to electric vehicles.

The university is also establishing a research and education network focused on building capacity around land management for carbon sequestration, while students will have the opportunity to contribute to the initiative through internships.

Director of the ANU Institute for Climate, Energy and Disaster Solutions, Professor Mark Howden, who is leading the Below Zero Initiative, said the ANU community will be involved in helping achieve the targets, particularly through research and teaching.

“By 2030, the goal is for ANU to achieve below-zero emissions for energy, waste, business travel and direct on-campus greenhouse gas emissions, and we will only use carbon offsets that have a research and teaching connection at the university,” he said.

Professor Howden said meeting the below-zero target will require organisational and behavioural change throughout the university, both at an institutional and individual level.

“Our expertise will drive innovation in this vital sector.” 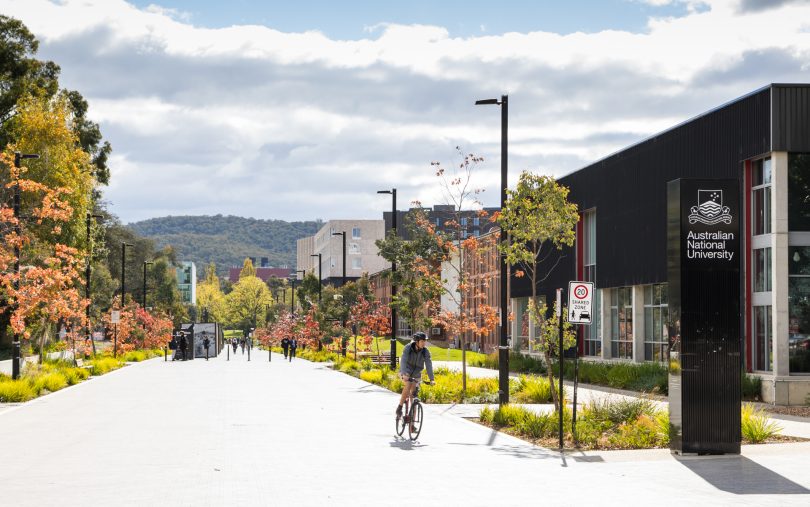 ANU has made a bold plan to reduce its emissions to below zero by 2030. Photo: Michelle Kroll.

ANU is only the second university in the world, and the first of its size, to aim for the ambitious net-negative emissions target.

ANU vice-chancellor Brian Schmidt said ANU is “walking the walk” to tackle climate change by not only reducing emissions but offsetting any emissions the university cannot avoid.

“As Australia’s national university, we are committed to not only reducing and offsetting our emissions but also taking more carbon out of the atmosphere than we put in,” Professor Schmidt said.

“Climate change is already here. The past decade includes nine of the 10 hottest years on record around the world – 2019 was Australia’s hottest year ever.”

Professor Schmidt said governments needed to do more to meet their Paris Agreement targets to limit global warming to well below 2 degrees Celsius above pre-industrial levels and, if possible, to 1.5 degrees Celsius.

“Unfortunately, the world is on track to warm by between 2.8 and 3.2 degrees Celsius by the end of this century,” Professor Schmidt said.

“Reducing our greenhouse gas emissions to zero as soon as possible is essential, but this alone won’t be enough to meet our global goals.

“Achieving below zero is ambitious, and it will involve big changes to the way we do things, but as the national university, we must show leadership in driving a societal transformation to address climate change.”

Professor Howden said most ANU staff and students feel the institution and individuals have critical roles in reducing carbon emissions.

“More than 90 per cent of ANU staff and students are either concerned or alarmed about climate change, compared with 52 per cent of the Australian population, according to a recent survey,” he said.

If the ANU Chancellor is fair-dinkum about being part of this initiative she should read this:

So, you know the plants for the vegan/vegetarian food still produce a ton of carbon and water use. 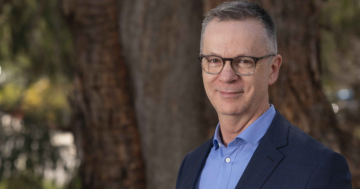 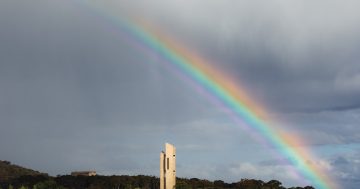