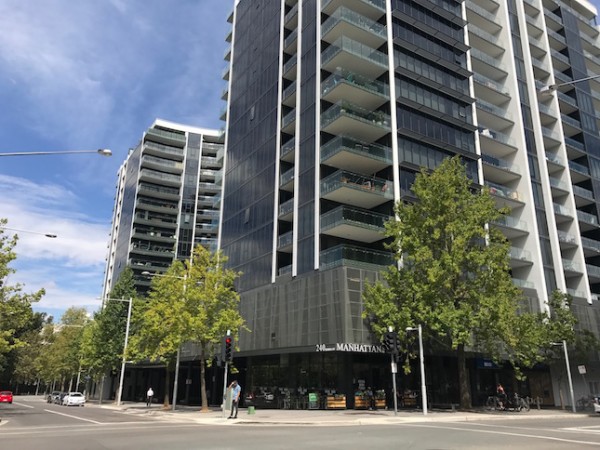 Apartment living is on the rise in Australia, with Canberra taking top billing for the highest percentage of mortgaged apartments in the country.

Apparently, we are finding it difficult to pay them off though – with the ACT having the second lowest proportion of apartments owned outright.

New data released by the Australian Bureau of Statistics (ABS) shows that on Census night in 2016, 39,599 Canberrans were living in apartments.

The most popular area for apartment living in Canberra was Belconnen, with 3,647 people living in apartments. This was followed by Braddon with 3,426 apartment dwellers, and Kingston with 3,411.

The ABS reports that more Australians than ever are taking up apartment living, whether out of preference, convenience, or for other reasons.

The 2016 Census of Population and Housing found that 10 per cent (2,348,434) of all people in Australia spent Census night in an apartment (which includes flats and units but excludes townhouses).

The data shows that there is now around one occupied apartment for every five occupied separate houses in Australia. This compares with one to every seven, back in 1991.

The 2016 Census data also shows that over the past 25 years, the number of occupied apartments in Australia has increased by 78 per cent to 1,214,372 dwellings.

“Both Queensland and New South Wales were prominent in having almost 14 per cent of occupied apartments owned outright,” the ABS reports.

ACT does well in the income stakes

However, while Canberrans may be having trouble paying off their apartment mortgages, it must be because of the cost of the apartments rather than a lack of income.

The ABS reports that the highest total income medians were recorded by apartment households in the Northern Territory ($1,862 per week) and the ACT ($1,669).

These were more than double the corresponding medians for apartment households in Tasmania ($687) and South Australia ($803).

Do you think there is a growing attraction for living in apartments? Why? Why do you think the percentage of Canberrans who own their apartments outright is so low? Let us know your thoughts in the comments below.

Spiral is correct. There has been an explosion of apartment approvals in Canberra over the past 10 years which would explain the high numbers still under mortgage. The assumption in the article that this relates to the high cost of apartments in Canberra would be incorrect. Apartments in Canberra have softened in price over the past 10 years and are unlikely to increase in value for some time. They are comparatively affordable against other centres, probably more so given Canberra’s higher than average household incomes. The sad news for those with mortgaged apartments is that, given the supply situation Vs stand alone housing, they will not see much return on their investment and, against inflation and the current first home buyer grant policy, in real terms are more likely to hold an asset of diminishing relative value.

It would be interesting to know which demographic owns the bulk of the units that are rented out. Are they owned by overseas investors or local public servants who derive a benefit through negative gearing? I know several in the latter group and they all agree that the owning costs are disproportionate to the financing costs and their greatest fear is a sharp rise in interest rates.

Could it simply be that the huge number of apartments that have been built and bought are still new enough that people haven’t finished paying for them yet?

TimboinOz - 24 minutes ago
Dear Zoya, Australian music - for me - encompasses all the classical performers, as well. So, why not, for you?!... View
Lifestyle 4

TimboinOz - 28 minutes ago
Good information on this issue has been around for at least two decades to my memory. As a former infantryman and an ongoing... View
Food & Wine 4

Nick Swain - 32 minutes ago
This is a challenge to the Fyshwick Markets and their new owners! View
Food & Wine 1

@the_riotact @The_RiotACT
#Tumbarumba's saddled up for its social event of the year this Saturday 29 January. #Turfclub president John McIntyre says the Tumba Cup's set to be one of the best as #families get together after COVID lockdowns https://t.co/U3sL5ZTdwY (42 minutes ago)