Architecture and all that spin 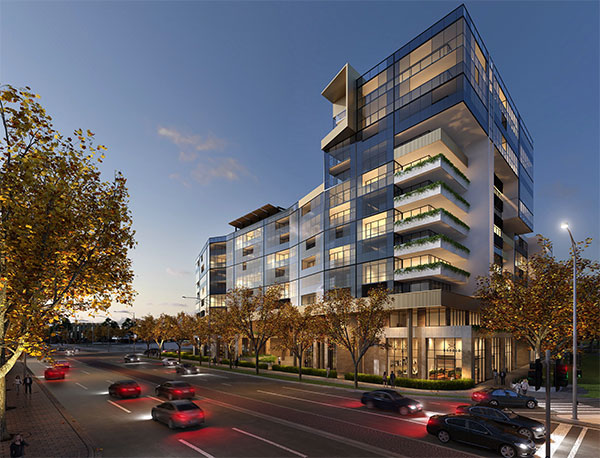 If there is one occupation that I could not imagine doing, it is being an ACT Government planner who spends most of the day looking through development applications (DA) for commercial developments.

One such application has recently been in the newspaper. This is the DA for the replacement buildings on the corner of Ainslie Avenue and Cooyong Street in Braddon – being the new neighbour to Gorman House and the older suburb of Braddon. 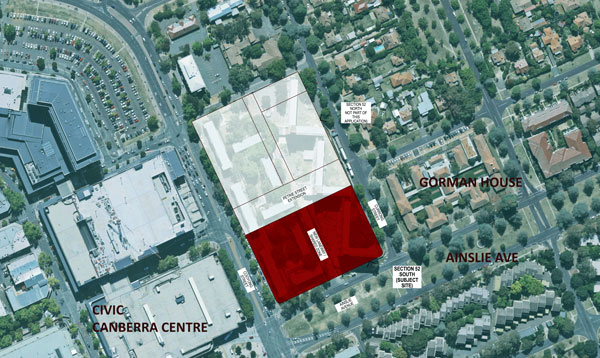 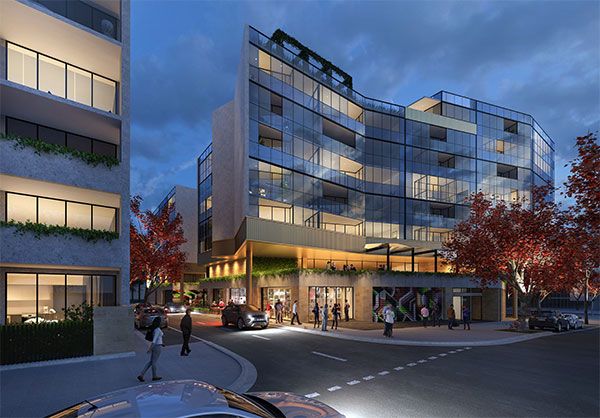 The first DA hit a wall of complaints. The comments by Caroline Le Couteur received a lot of coverage – and support. The proposal has come under fire from the heritage lobby. Not because it infringes any heritage listing, but because of the spin being used to market how the new design fits in with the surrounding heritage values.

Want a bit of a chuckle? Have a look at these images and try to work how that works – that the design fits in with the heritage of the surrounds. Maybe with Civic as there is no real urban character (the place is a mess) – so that’s easy. But for Braddon?

Having spent too much time myself (it was cold outside) looking through bits of the DA, the proposed buildings are sort of OK if you like bland buildings and some utilitarian architectural elements. The proposed look of the place would fit in with many not-so-attractive apartment estates anywhere in the world.

And that’s the problem I have with this design. It is too ordinary for such a very prominent site. There’s nothing I can see that says ‘this is Canberra’.

Maybe it is meant to be the Canberra of the future rather than the one we have loved up till now.

Admittedly what was there before was not brilliant. However, the complex it is replacing had some wonderful green spaces. I am not convinced that there the equivalent (or better) amount of greenery coming back with this new DA.

The problem is not simply this DA. This DA represents a load of what is wrong with development across Canberra right now.

This DA documentation has heaps of spin (straight out of the LDA guide book) on how wonderful the design of the buildings is to be. Then I look at the image below. Nope I do not see what they are talking about.

It is a fairly typical set of apartments – a little greenery here and there but other than that, it could be anywhere. I remain unconvinced.

There are very serious related issues with apartment complexes such as this – that being the quality of the build, the building regulations, the certifying processes, the bending of rules – and all that; but that will be a subject of a separate post in the near future. So on with this post… 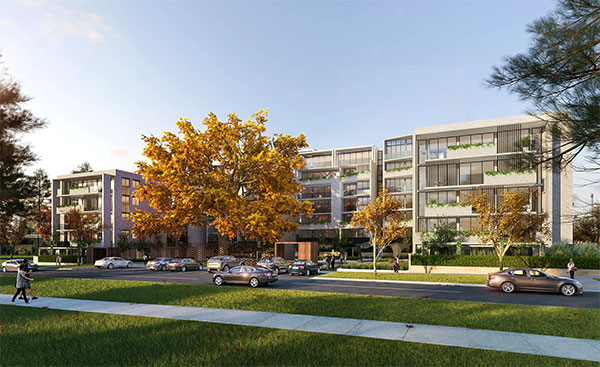 I feel for the developers who take on these projects (well just a little bit). I have attended several of their community presentations over the last years – and there is a common thread.

The whole planning and development processes have been structured to favouring getting the most from the sale of the land.

Having paid such a high price for the site, the developer/architects have to deal with loads of requirements that allow very little flexibility. In order to gain their expected levels of profits, the developer/ architects have to jam in as many apartments as possible (sometimes more like boxes) and build as high as possible – and even higher if they can get away with it.

All these decisions are then dressed up with all the usual spin – nothing original, just words taken from the planners/architects manual on how to provide gloss to something that pretends to be something it is not. Hence the push-back from the heritage lobby.

As for the nearby residents, they end up having to fight to get something more aesthetically attractive and more akin to delivering good urban design and have to put up with being cast as nasty reactionaries (NIMBYS at best).

Then to top it all off – everyone gets locked into very onerous and expensive appeals.

This is not what should be happening in a city the size of Canberra and in a city with so many people engaged in trying to have a wonderful urban environment to live in and then to pass onto future generations.

As we are now to have two new authorities to oversee different aspects of development in Canberra, one could hope for a more transparent and community oriented approach – at least for a few years till the habits of planning bureaucracies kick in again.

Both these new authorities will require a special style of leadership – people who inspire and can get all parties, business and residents, working together to achieve something wonderful for Canberra. Too much to ask?

Is it possible that this DA for Braddon could be the last of its kind – the last gasp of the style of development applications encouraged by the former LDA?

Could the leaders of the new authorities demand that all that architectural/developer spin be banned from future development applications? That would make both the bureaucrat planners’ work and the life of residents much more pleasant.

On the subject of spin and “smart planning”, this link explains what has happened in Los Angeles and what is about to happen in Canberra.
Every Canberran, especially the ones that are planning to buy a unit/apartment along the route of the tram should read this.
http://www.citywatchla.com/index.php/los-angeles/13653-living-in-a-black-lung-loft-how-la-politics-and-smart-planning-ignore-medical-science

The answer to that pollution is to reduce roads, restrict cars entering the city centre during peak hours, increase electrified public transport, stop sprawl, which encourages people to drive and instead have denser planned living to encourage and enable more people out of their cars to walk and cycle, and catch frequent public transport. But is that going to happen? No, it will likely be more freeways and more freeways and increased car use because of it. Like I saw in Dubai. It’s extremely difficult to walk anywhere, because the roads dominate.

The future with freeways and more roads?
https://www.google.com.au/search?q=dubai+roads&client=firefox-b&tbm=isch&tbo=u&source=univ&sa=X&ved=0ahUKEwiXn4LItKbVAhVHOrwKHafqCtAQsAQIQw&biw=1722&bih=905

I’m not defending this development, but I’d like to discuss a few things:

1. Why should this development, or any new development in Canberra for that matter, say “this is Canberra”?

2. What design features would you like to see that adequately say to you “this is Canberra”?

3. What examples of heritage should this development try and adapt to? Gorman House or the horror that is the godawful Argyle Apartments across the road? As an aside, please share your thoughts on the Argyle Apartments and how they might sit with your comment about the Canberra “we have loved up till now”?

4. Why should any new development on this site reflect heritage at all? The previous structures didn’t, other than socially, and the car park of the Canberra Centre across the road certainly doesn’t. And, Argyle… but you get my point on that one, I’m sure!

I agree with a fair bit of your commentary on this one, but I’m still no further along in understanding what you would like to see, or deem as acceptable architecture and aesthtetics, other than the broad brush complaint of “NOT THIS!”

There’s such a mix of styles and things happening around this site that I think trying to lay claim to any heritage grounds is a shark that’s well and truly been jumped.

On the subject of spin and “smart planning”, this link explains what has happened in Los Angeles and what is about to happen in Canberra.
Every Canberran, especially the ones that are planning to buy a unit/apartment along the route of the tram should read this.
http://www.citywatchla.com/index.php/los-angeles/13653-living-in-a-black-lung-loft-how-la-politics-and-smart-planning-ignore-medical-science 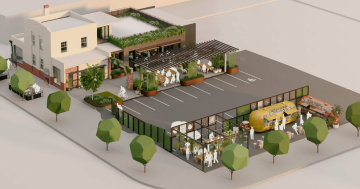